Bellona: Rich and poor countries both must take responsibility for climate change

As the UN completes climate talks in Bangkok, Thailand, Bellona’s Svend Søyland sums up with cautious optimism the world’s progress toward climate solutions, saying responsibility lies with the world’s richest countries, called upon to help poorer ones adapt to climate change and cut emissions. But poorer nations, too, have a lesson to learn: It is time everyone realised action must be taken globally.

Last Friday marked the conclusion of the two-week climate change talks in Bangkok, Thailand, where envoys from 192 countries negotiated a draft agreement to serve as the blueprint for the global climate deal the international community is expected to reach at the crucial Copenhagen conference in December this year.

The Bangkok negotiations are seen as an important milestone in achieving an understanding about what goals may be accomplished with the future Copenhagen treaty. It is hoped that the world agrees to commit to significant reductions in global carbon dioxide emissions as the new treaty replaces the outgoing Kyoto Protocol, which expires in 2012.

North vs. South
The talks in Bangkok put in stark contrast an apparent clash of interests as the developed countries of the Northern Hemisphere and the poorer nations of southern latitudes found they were in staunch opposition on a whole range of problems negotiated at the conference. Not of the least importance was the issue of who will get to call the shots with regard to funds channelled toward emission reductions and adaptation to climate change in southern countries.

Many southern nations believe it is the recipients of climate funding that must have the authority to make the ultimate decisions on how this money should be spent. The richer countries hold to just the opposite view. Bellona’s position is that a compromise is the most sensible way to go:

“It is important to let recipient countries have a hand in steering the wheel, while at the same time, it is reasonable that those that give the money are able to have a say in that this funding is actually spent the way that it has been agreed it will be spent,” said Sven Søyland, Bellona’s international adviser. 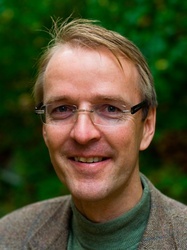 getting from Bangkok give us reason to hope for the new climate deal, but what is truly critical here is that world leaders come