Earlier this week, the European Parliament’s Environment, Public Health and Food Safety (ENVI) committee voted on key pieces of legislation that should implement the much-needed transition to climate neutrality. This article summarises some of the decisions made in the Renewable Energy Directive, Emissions Trading Scheme, Effort Sharing Regulation and Land Use, Land Use Change and Forestry. 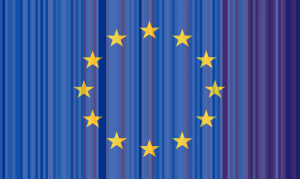 Earlier this week, the European Parliament’s Environment, Public Health and Food Safety (ENVI) committee voted on key pieces of legislation that should implement the much-needed transition to climate neutrality. This article summarises some of the decisions made in the Renewable Energy Directive, Emissions Trading Scheme, Effort Sharing Regulation and Land Use, Land Use Change and Forestry.

With alternative fuels needing to show 70% greenhouse gas reductions compared to conventional fuels; some amendments encouraged improper accounting by including emissions “avoided” by diverting fossil waste feedstock (e.g. plastics) from its current disposal (e.g., incineration). The vote ensures a stricter evaluation of climate impacts of alternative fuels such as RCFs by requiring accounting of their entire lifecycle emissions (emissions from production of material used in energy recovery etc.), without including loosely defined “avoided” emissions.

Permit Renewables faster, for the better

Faster uptake of renewables needs a faster and more streamlined permitting process. The vote acknowledges the need for accelerated deployment of renewables and the additional need for electrification and renewable fuels of non-biological origin (Hydrogen). This provides encouragement and support for the acceleration of the uptake of renewables in line with climate mitigation targets. While this is a positive development, the ambitions expressed during this vote need to be confirmed by the ITRE Committee of the European Parliament and set into specific articles as suggested by the European Commission in their REPowerEU amendments to the REDIII.

Biomass in the right places

The vote supports a more efficient use of biomass, by including a cascading principle, establishing use that is better aligned in terms of climate impact. This would preferentially treat biomass used in industry compared to power generation. The ENVI Committee oversees this aspect of the legislative file, so this change is likely to stay in the final report presented to the plenary.

Coherent accounting for CO2 use

The Commission proposal included an exemption from surrendering allowances if installations captured and use the CO2 when it is permanently chemically bound in a product under normal use. The ENVI committee strengthened the wording of the Commission by adding the disposal phase of the product, preserving the integrity of CO2 accounting in the ETS. The Commission would be requested to propose a delegated act which defines these terms.

At the same time, a methodology is requested to calculate the climate impact of CO2 use which does not meet the requirements of the delegated act. This is a marked improvement on earlier versions of this amendment, which had called for a proportional reduction from the obligation to surrender allowances based on this methodology and included loosely defined “displaced emissions”.

Carbon Dioxide Removal (CDR) kept out of the ETS

While early amendments had proposed the inclusion of DACCS (Direct Air Capture with CCS) and BECCS (Bioenergy with Carbon Capture and Storage) into the ETS, the final draft adopted by the ENVI committee keeps removals out of the ETS. Instead, the committee asks the Commission to produce a report by 2025 on how CDR may be included in future, effectively postponing the decision. Bellona’s position is that CDR should be deployed on top of emission reduction measures and should therefore not be included in the ETS in the short- to medium-term.

Unfortunately, the vote did not manage to pass a new article (AM 393) that would ask Member States to commit to long term net-zero targets at the national level. This amendment also asked the Commission to assess the coherence of these long-term strategies with the EU-wide goal of climate neutrality by 2050.

Technological removals are not included

The vote did not include so-called ‘CCS-based’ removals such as DACCS and BECCS. The rapporteur had proposed to allow up to 5% of national targets to be met with CCS-based removals, which would have diluted emission reduction targets. That said, a separate target for removals on top of emission reduction targets could have been a positive development but was not on the cards.

Instead of further increasing the target, the committee chose to support the Commission’s proposal to increase the target for net removals from 225 million tonnes to at least 310 million tonnes of CO2e. The new LULUCF target would de facto increase the EU’s overall net 2030 target from -55% to -57% compared to 1990 levels. (The emission reduction target without LULUCF removals remains unchanged at 52.8% by 2030).

No inclusion of agricultural non-CO2 emissions

The Commission proposal planned to move non-CO2 emissions from agriculture from the Effort Sharing Regulation to the LULUCF after 2030, effectively converting it into a new AFOLU pillar (Agriculture, Forestry and Other Land Use). The plan would then to have a climate neutral AFOLU sector by 2035. This presented a substantial risk that agricultural emissions would be swept under the carpet by relying on removals from the land sink. On the other hand, this approach would have created a firewall between land-sink removals and emissions from the geosphere. Bellona’s position is that the geosphere and biosphere carbon cycles should be kept separate.

Carbon farming needs to be quantified

The 310-million-ton net removal target is supplemented with an additional 50 million tonnes of carbon removed via so-called carbon farming, stipulating that these additional removals do not offset emissions. However, the extent of net carbon removals with carbon farming are not easily quantifiable. The carbon farming initiatives will need to be accompanied by robust monitoring, reporting, and verifying mechanisms, to ensure the accounting is done right.