Children saving the Planet from Adults?

16-year-old Greta Thunberg from Sweden was once, in her own words, “invisible”, but is now the leading figure of a new climate movement led by the younger generation. It all started when she protested for several weeks last summer in front of the Swedish Parliament. She refused to go to school until the Swedish elections, demanding politicians take action against climate change.

Published on February 22, 2019 by Bellona Europa 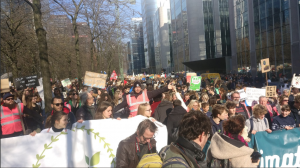 16-year-old Greta Thunberg from Sweden was once, in her own words, “invisible”, but is now the leading figure of a new climate movement led by the younger generation. It all started when she protested for several weeks last summer in front of the Swedish Parliament. She refused to go to school until the Swedish elections, demanding politicians take action against climate change. Since then, Greta, who is diagnosed with Asperger syndrome, OCD, and selective mutism[1] and is described as ‘not much of a talker’, or rather “someone who talks [only] when she really needs to”,[2] has been heard at the highest level forums with world leaders at COP24 and at Davos.[3]

“You are never too small to make a difference”

She inspired many people, especially young citizens in Europe, to join the campaign. For instance, this Thursday 21st of February, Greta made the trip to Brussels to support the Belgian students who have now mobilised for the 7th week in a row under the banner of ‘Youth for Climate’. Students striking for climate action have been met with both support and criticism by politicians, professors and parents. Although, it is true that education is key to tackling global issues, Greta Thunberg has an answer to those criticising her actions: 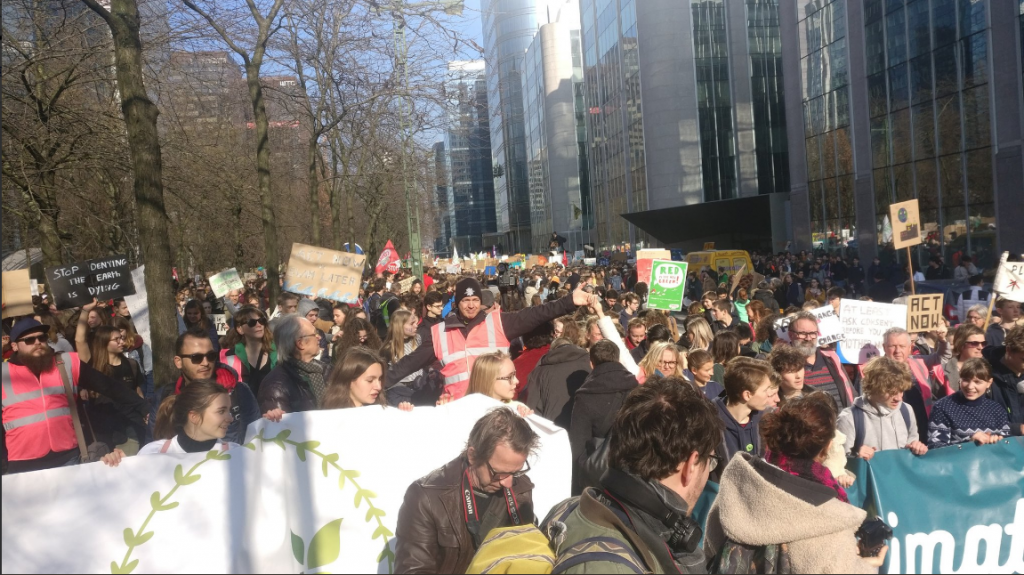 Playing with our lives

As the latest IPCC report suggests, if greenhouse gas emissions stay constant for the next 12 years, the climate will be locked into a 1.5C pathway. Beyond 1.5C, even half a degree more will significantly worsen the risks of drought, floods, extreme heat and poverty for hundreds of millions of people.[4] Students expressed that they are too young to vote and to lobby, but through striking can still make their voices heard.[5] This newfound power is crucial for them, as indeed they will be the ones who will most face the consequences of climate change. One of their many messages is exposing our broken system, as “it is the sufferings of the many that pay for the luxuries for the few”.[6] ’Youth for Climate’ is asking today for climate justice and a living planet for in the future. One of the campaign’s most prominent placard messages to decision-makers is: “I’ll do my homework when you do yours.”

Gaining Momentum or not 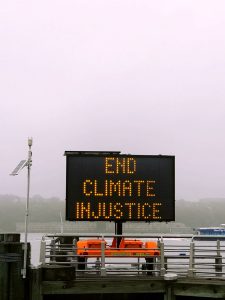 people to the streets in 175 countries to call for a strong deal in Paris that would see a swift transition from fossil fuels to renewable energy.[7] Even more recently, after an extremely hot summer and devastating extreme weather events, the Rise for Climate March in September 2018 saw people in 95 countries demand real climate action from their local leaders. With the protests and marches of late 2018 and early 2019, there appears to be some momentum growing to the movement demanding real climate action. Such a growing public positioning can have a quite significant impact on the next European Elections, in May 2019, and could switch up the agenda of politicians in the upcoming weeks and months.

“Never doubt that a small group of thoughtful committed citizens can change the world. Indeed, it is the only thing that ever has.” (Margaret Mead)

Changing the course of history or repeating it 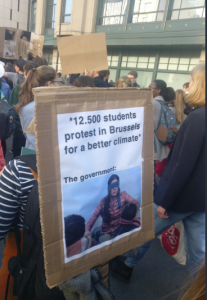 Yet the past teaches us to be cautious. Already during the European elections in 1989 green issues were firmly on the political agenda as newly founded Green parties across Europe gained increasing votes after an environmental awareness that initially arose after the first UN conference on human environment in Stockholm in 1972, and surged in the aftermath of the Chernobyl disaster of 1986. Despite many international conferences since then, such as the United Nations Earth Summit, CO2 emissions have drastically increased and continue to rise today. It is important that real action is taken to prevent runaway climate change. We can not continue the same ‘delay and pray’ loop we have been stuck in those last 30 years.

Amidst the possibility of a new wider movement that encompasses the future generation of voters, CEOs, and politicians, Leo Tolstoy’s words become all the more important:

While awareness, ambition and innovation are crucial, what is truly needed are actual actions that change our current trends towards an ever-warming planet. As Greta put it at the end of her TED talk: “at the end of the speech that is when people usually start talking about hope. Solar panels, wind power, circular economy, and so on. But I’m not going to do that. We’ve had 30 years of pep talking and selling positive ideas. And I’m sorry but it doesn’t work because if it would have, the emissions would have gone down by now. They haven’t. And yes, we do need hope. Of course, we do. But the one thing we need more than hope is action. Once we start to act, hope is everywhere. So instead of looking for hope, look for action. Then and only then, hope will come today.”

To take action further join the global Climate March happening on the 15th of March 2019. Meanwhile, besides holding politicians and corporations accountable, citizens should also take responsibility to help with this transition by taking action themselves in their daily lives.