The Arctic summer ice cap might be completely gone within a decade, according to new research. Until recently, scientists believed it would take between 50 and 100 years. “Alarming news”, says Svend Søyland at The Bellona Foundation.

Published on October 21, 2011 by Marianne Alfsen 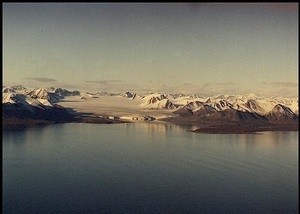 By using a modified sonar on the ocean bed and measuring the thickness of ice that flows by, researchers from The Norwegian Polar Institute have been able to get more accurate measurements of ice conditions.

“Their dramatic findings confirm that the ice is melting away at tremendous speed. The effect on the Arctic environment and the global climate is potentially devastating,” says climate adviser Svend Søyland at The Bellona Foundation.

“Locally, in the Arctic, the rapid deterioration of the ice cap will destroy the natural habitat of polar species, such as polar bears, walrus, fish and birds. Globally, the effect on our climate will be further heating of the oceans. The abilitiy to store CO2 in the oceans is already pushed to the limit,” says Søyland.

For 20 years, scientists from the Norwegian Polar Institute have monitored ice thickness in the Fram Strait, between Greenland and the Svalbard Archipelago. According to their data, the thickness of the ice cap has been gradually decreasing. The thickest layer was lost in the 1990s. Now, we are close to the point where multiyear ice, which ordinarily survives the summer melting season, can melt away during the course of one summer.

“It is a vicious circle. When the ice cover recedes, less light is reflected back into space and the ocean will therefore become warmer – speeding up the melting of the polar ice even further,” says Søyland.

“The Norwegian Government must show leadership by restricting oil and gas activities in the Arctic, as well as put restrictions on the emerging maritime activities, such as crossings trough the Northern sea route,” says Søyland.

“Perhaps we should follow the example from the Antarctic Treaty by declaring areas off-limits to commercial activities, in order to prevent air emissions, accidental oil spills and save vulnerable spawning areas,” he adds.

Bellona believes Norway can play an important role in, for instance, negotiating a robust oil spill preparedness cooperation programme between the Arctic nations.