The Klemetsrud CO2 capture and storage project by 2026 will be the world’s first waste-to-energy plant with full-scale CCS. The Bellona Foundation has worked on this project with Oslo and Fortum Oslo Varme for the past seven years. 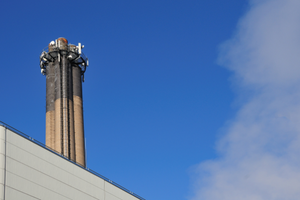 Norway’s largest waste-to-energy plant has secured funding that will enable capture and storage of 400 000 tonnes of CO2.

-Seeing is believeing, said Bellona founder Frederic Hauge about the Klemetsrud CO2 capture and storage project in 2015. By 2026, the world’s first waste-to-energy plant with full-scale CCS will finally become reality.

The governing mayor of Oslo, Raymond Johansen, announced the news today. The Bellona Foundation has worked on this project with Oslo and Fortum Oslo Varme for the past seven years.

-This is a great day for Oslo, and a vindication of Bellona’s persistent efforts to realise this project. We are proud that Oslo is on track to have the world’s first waste-to-energy plant with CO2 capture and storage, said Olav Øye, senior adviser for industry and climate at Bellona.

Three companies will buy Fortum’s share of the energy provider Fortum Oslo Varme. The City of Oslo and the companies will bring up to 6 billion NOK (620 million EUR) to the table, said Raymond Johansen.

This amount is necessary for the project to be fully funded. The Norwegian state has already given a funding guarantee of 3 billion NOK (310 million EUR). In addition, the state pays for the transport and permanent storage of the CO2 at the site of Northern Lights, off the western coast of Norway.

The City of Oslo plans to slash greenhouse gas emissions by 95 per cent by 2030. The Klemetsrud plant is the city’s biggest single source of CO2 emissions. Without CCS the city’s climate ambition cannot be fulfilled.

-The Klemetsrud project has an impact beyond the city borders of Oslo. Bellona has worked with cities, industry, and the EU to show how CCS is necessary for rapid and deep decarbonisation. Cities play a key role in leveraging and showcasing this technology, said Jonas Helseth, director of Bellona Europa.

Bellona views CCS as one of several necessary parts in a holistic strategy to reduce emission from the waste sector. This position paper from 2021 outlines Bellona’s views on sorting, recycling and the role of CCS to tackle remaining emissions from the burning of residual waste.

Milestones for Klemetsrud and Bellona’s engagement with CCS