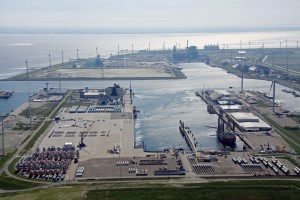 Statoil has stated that it will produce the hydrogen, on which one of the three turbines of the Magnum power station in Eemshaven will run.

CO2 will be stiped from polluting natural gas to manufacture hydrogen, importantly, the CO2 be permanently stored in geological formation on the Norwegian continental shelf.

– ‘’This is a huge step for the deep decarbonisation of the energy sector in Europe. Not only will the power plant itself be partly decarbonized, but the stream of CO2 produced in the process will allow for the development of a large-scale value chain for the capture and storage of industrial CO2 across Europe.  Norway is now moving into a zero-carbon energy exporter’’, says Keith Whiriskey, Policy Manager Climate Technologies at Bellona Europa. 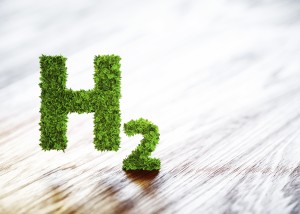 The application of hydrogen as a fuel to decarbonize entire cities was shown in the H21 Leeds City in Leeds. Not only is hydrogen as a fuel relevant to power generation, as in the case of Eemshaven, but it is also an option that helps in developing CO2 storage that can be used for the decarbonization of several industries. Along with facilitating the development of much needed storage sites, clean hydrogen production can also be used for other purposes, such as heating, for which massive amounts of fossil gas are being used at the moment. Having many uses, hydrogen can easily provide a fossil-free way of powering diverse segments of the economy.

The commitment of the three parties to the usage of Carbon Capture and Storage (CCS) indicates a renewed momentum for CCS, not only in Norway, but also in the Netherlands. Last week, two Dutch energy suppliers, Engie and Uniper, announced they are retreating from the only Dutch CCS project in Rotterdam (Rotterdam Afvang en Opslag Demonstratieproject, ROAD); the renewed commitment from key players can help re-design ROAD into a solution which could help decarbonise both local and regional industries.

This renewed interest in the usage of CCS could indicate that we are on the cusp of the development of a large-scale European CCS-infrastructure.

After many years of back and forth on whether a truly functional and economically sustainable CCS value chain was going to be deployed, we finally see that CCS and the production of hydrogen are being deployed.

Norway is one of the largest petroleum exporters in the world, and although this has given the country great wealth, it has contributed to the climate challenges we are facing. The production of hydrogen from natural gas, and the storage of the emitted CO2 in the process, can give Norway the means to both contribute solving the global climate challenges.

Becoming the flexible zero carbon energy supplier of Europe is a required move from Norway, that needs to add value to it’s expensive gas. With Russia and Saudi Arabia being the lowest cost producers of fossils by far, Norway can exit the competitive gas game and go into a specialised low carbon Hydrogen game.

Not only will carbon-neutral hydrogen be able to produce electricity in large power plants such as the one in Eemshaven, but it has an immense potential for the decarbonization of other parts of society as well.

– ‘’Where fossil gas has no future in the 2°C-world, hydrogen will find its way to all segments of the low carbon economy’’, says Keith Whiriskey.

Norway to decide on storage in 2019

In October last year, the Norwegian government confirmed their funding for three major  CCS projects covering three different industries: Yara, the world’s largest ammonia production company, Norcem, Norway’s sole cement producer, and Oslo’s waste management and energy recovery at Klemetsrud. The storage element in all of those projects, is the key piece of the puzzle: it enables the decarbonization of cement, fertilisers for agriculture, waste incineration and emission-free hydrogen.

There are still some factors that could hinder the development of a truly carbon neutral value chain of hydrogen production and CCS. In 2019, the Norwegian government will decide on whether it will fund one or more of the three CCS projects currently under development in Norway, and the advantages for the Norwegian economy should not be underestimated.

– ‘’Norway has just invented a huge and long lasting competitive advantage – don’t sell polluting gas when you can sell deeply decarbonised hydrogen to Europe. Hydrogen export from Norway is the only responsible future for its oil and gas sector. By making this shift Norway can compete with low cost dirty suppliers of energy such as Russia’’, concludes Whiriskey.

If CCS in Norway can proceed, it would also give the green light to produce the fuel that has the potential to decarbonize all of Europe.

Developing CO2 storage gives access to massive opportunities to hugely reduce emissions from diverse segments of the economy. CO2 transport and storage is a fixable decarbonisation technique, targeting the most difficult to decarbonise sectors. CO2 storage is a pillar of deep emissions reductions from industries such as cement, steel, chemicals. Redeveloping our cities, infrastructure and economy to a low carbon society requires low carbon inputs.

North Sea CO2 storage is a new commercial opportunity for the declining hydrocarbon industries of the region. CO2 storage makes many low carbon opportunities a reality, enabling the production of low carbon hydrogen, deep cuts in European industrial CO2 emissions and removing CO2 from the atmosphere.