On 5 April Norway published its National Transport Plan (NTP) for the period 2018-2029. This long anticipated plan was intended to provide a roadmap for the fulfilment of Norway’s climate targets within the EU 2030 framework. It is a proposal submitted by the government for further political processing and final ratification by the parliament in June 2017. Sadly, it presents no specific measures on how to achieve emission-free car- and bus fleets, nor how to install shore power in Norwegian ports. 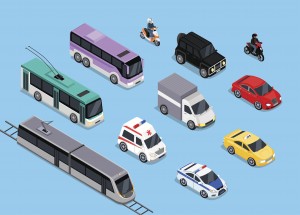 On 5 April Norway published its National Transport Plan (NTP)[1] for the period 2018-2029. This long anticipated plan was intended to provide a roadmap for the fulfilment of Norway’s climate targets within the EU 2030 framework. It is a proposal submitted by the government for further political processing and final ratification by the parliament in June 2017. Sadly, it presents no specific measures on how to achieve emission-free car- and bus fleets, nor how to install shore power in Norwegian ports. Bellona is generally disappointed over the lack of concrete measures and policies in the NTP, and underlines that the Norwegian government misses an important opportunity to provide the necessary stimulus for a transition to a low carbon society.

Bellona’s President Frederic Hauge points out that the NTP provides an overview of the policies and projects already in place, and what Enova[2] has accomplished so far. However, this doesn’t bring us closer to achieving the goal of cutting transport emissions by half over the next 12 years. Bellona’s efforts have been decisive in making sure that the NTP is coherent with Norway’s climate commitments within EU, and in expanding its timeline up to year 2029 (in line with the EU’s 2030 climate and energy goals).

The goals themselves are ambitious, though it is especially disappointing that the plan doesn’t say anything on how to achieve them. The NTP fails to provide concrete information with regards the deployment of sufficient numbers of charging points for EVs, the implementation of zero-emission buses and vans, and the installation of shore power in Norwegian ports. All responsibility is left to Enova, without further instruction or allocation of new funds, says Hauge. What is more, the plan fails to provide an overview of the expected environmental impacts of the different measures.

In contrast, what you find in abundance in the NTP is implementation plans for the construction of new airports and roads. Nonetheless, the government focuses on the comprehensive project “ferry-free” route 39 that will compete with marine transport along the coast. It is a project that directly counteracts the commitments to harbours and fairways.

Bellona was engaged in the implementation of the first electric ferry Ampere, operating between Larvik and Oppedal in Noway, as well as a mapping of shore power potential in Norwegian harbours and ports. Norway is emerging as a leader on electrification and emission reduction for marine transport, and is looking into the possibilities to switch into alternative fuels such as LNG gas, hydrogen and sustainable biofuels. Another three zero emission and one low emission ferry are underway, in line with the general goal that all new marine vessels ought to be either low- or zero emission from now. 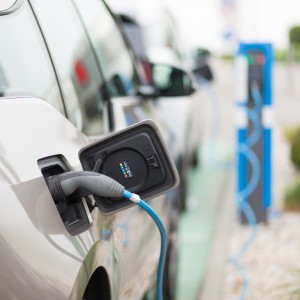 The future of EV incentives
Although core incentives enjoyed by Norway’s EV owners today, such as exemption from VAT, one-off registration tax and reduced annual circulation tax are being prolonged until 2020, certain are now delegated to local authorities. This is why for example EV drivers’ rights to use public bus lanes are left to be decided by local authorities.

The NTP aims at a zero-increase in passenger cars and focuses on public transport and better navigability in city centres. While Bellona is positive about the NTP’s ambition to encourage public transport and make space for pedestrians and cyclists, a rapid removal of EV incentives risks endangering EV sales, in favour of fossil fuel cars.

Further, the NTP extends its support to other alternative fuels for transport, namely hydrogen, biogas and biofuels. Until now, 99% of biofuels in Norway have been imported and are first generation biofuels from food crops. The NTP pledges to focus on sustainable advanced biofuels and to gradually increase their share. However, the NTP fails to specify which biofuels would be considered as “advanced” or “sustainable”, apart from general classifications set by the EU.

So far so good, what next?
The NTP extensively maps out all transport-related achievements in Norway so far. Norway has claimed its position as a global leader in electrification, obtaining the set goals faster than expected (the government’s target of getting 50 000 EVs on Norwegian roads was achieved two years ahead of planned schedule). The average CO2 emissions from new passenger cars have decreased to 85 g/km in early 2017, with a rapid increase in electrification.

Overall, the trend in tackling Norway’s transport emissions so far has been promising, and full of achievements. It is important to keep up the pace and set specific measures in order to achieve the ambitious goals set out in the NTP.

[2] Enova SF is owned by the Norwegian Ministry of Petroleum and Energy and contributes to reduced greenhouse gas emissions, development of energy and climate technology and a strengthened security of supply. Enova has among others provided support to charging infrastructure development projects (230 fast charging points between cities, enabling EVs to be used as the only car in a family, with sufficient amount of charging points enabling longer distance travels).