Russia says it will slash taxes for oil and gas companies willing to do business in the Arctic as part of a massive polar development plan spanning the next 15 years.

Russia says it will slash taxes for oil and gas companies willing to do business in the Arctic as part of a massive polar development plan spanning the next 15 years.

While the past several months have offered hints of the Kremlin’s northward tilt, the new tax subsidies offer more proof that the Russian government is staking its economic future on oil and gas drilling in the Arctic region.

The rush began in 2017, when President Vladimir Putin demanded an uptick in cargo volumes passing through the Northern Sea Route, Russia’s remote sea passage, which, when ice-free, offers a trade route between Europe and Asia via the Arctic. Putin’s target number was 80 million tons, more than double current volumes – a figure he expects his government to reach by 2024.

The new Arctic Master Plan, signed last week by Putin, makes it clear that the bulk of that cargo will be accounted for by fossil fuels.

There are numerous drawbacks to this approach – not the least of them being its contribution to – and vulnerability before – the impacts of climate change. Even some of Putin’s own ministries have warned that the Kremlin’s current development plans neglect to address problems associated with a warming planet.

According to a study by the environmental ministry, Russia is warming two times faster than any other country on earth, thanks to rising temperatures brought about by fossil fuel emissions. That’s causing permafrost, which underpins 65 percent of Russia’s landmass, to melt, threatening hundreds of billions of dollars of infrastructure, from apartment blocks in northern cities to the roads and railways that connect them.

Add the warnings from Russia’s Audit Chamber, a federal agency that monitors government spending, that failure to take drastic action on climate questions could cost the country three percent of its GDP on an annual basis. 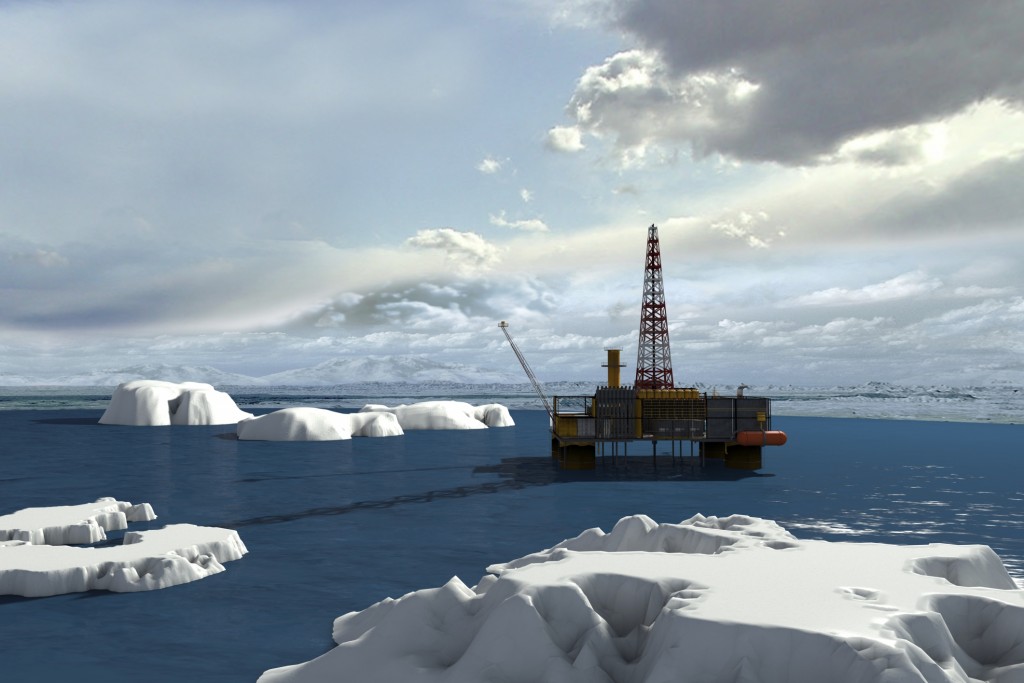 And while Russia finally gave its long-delayed backing to the Paris Climate Accord last year, more recent climate change plans published by the government suggest Moscow intends to “use the advantages” of polar ice melt – as one government report candidly put it – before it does much of anything to counteract it.

The new raft of tax benefits authored by the Ministry of the Far East and Arctic are a big push in that direction. For the next 15 years, says the new law, taxes on all new Arctic shelf oil recovery projects will be reduced to 5 percent. The tax percentage falls to one percent for all new natural gas projects.

New oil projects in the eastern Arctic will be even cheaper. The new legislation stipulates that oil drilling there will incur a zero-level production tax. On land, natural gas developers will also be greeted by a zero-percent mineral extraction tax for the next 12 years.

The business of building ports and other infrastructure to accommodate new oil and gas fields will also be cheap. Such enterprises will get a break from any income tax for 10 years.

This infusion of tax relief is projected to bring in more than $230 billion in new investments to the Arctic region, according to government figures, with an overall boost in the amount of oil and gas Russia produces.

According to the official newswire Tass, the new benefits are expected to boost the amount of oil recovered in the Arctic to 22 percent of the total produced by Russia annually by 2030. That’s expected to grow to a full quarter by 2035. Figures for natural gas are slated to be even greater, with 92 percent of natural gas produced in Russia coming from the Arctic by the same year – up from present volumes of 82 percent.

Yet while Moscow may be willing to overlook the impact this will have on the climate, an increasing number of international financial groups, whose dollars are needed to back such projects, are not.

Lloyds Banking Group in the United Kingdom recently announced it would no longer help finance oil or gas projects in the Arctic. JP Morgan Chase, often referred to at the oil industry’s bank of choice, has likewise said it won’t finance Arctic fossil fuel projects any longer. The world’s largest asset manager, BlackRock, has similarly said that it will channel its funds away from fossil fuels and into sustainable investments.