Russia’s environmental ministry has warned that the country is heating twice as fast as the rest of the world just days before Moscow is expected to sign the Paris Climate Accord.

Published on September 6, 2019 by Charles Digges 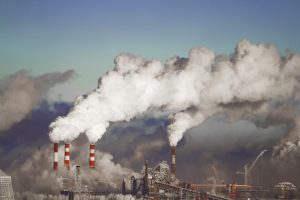 Russia’s environmental ministry has warned that the country is heating twice as fast as the rest of the world just days before Moscow is expected to sign the Paris Climate Accord.

The Kremlin has long counted on reaping benefits from a rise in global temperatures, which are opening navigation routes through the Arctic and increasing economic activity on Russia’s northern coast. But the Natural Resources and Environment Ministry’s latest report could dampen that enthusiasm.

“The climate in Russia, according to the available data from long-term observations, is warming faster than [the global climate],” said the report, which was released Wednesday.

The findings correspond to another report the ministry released in September, which predicted that climate change would bring droughts, epidemics and mass hunger to Russia if left unaddressed.

Melting permafrost in the Russian Arctic could release radioactive substances, the ministry warned, while Siberian forests are increasingly prone to fires and the Far East to flash floods.

Last July, President Vladimir Putin – who has in the past expressed doubt that climate change is man made –acknowledged that Russia was experiencing its effects and that Arctic temperatures were rising faster than anywhere else on the planet.

But he warned against the perils of “absolutist” renewable energy and said Russia’s rising temperatures should not lead to “the complete abandonment of nuclear or hydrocarbon energy.”

Still, Russian lawmakers have been ordered to craft legislation that would formally ratify the Paris Agreement, which seeks to limit worldwide temperature rises to “well below” 2 degrees Celsius.

The agreement encourages nations to develop national greenhouse gas emissions limits with the hope of limiting warming to about 1.5 degrees Celsius. Current policies, however, put the world on track for a rise of at least 3 Celsius by the end of this century.

Russia – which ranks as the fourth biggest contributor to climate warming gasses – is one of only 12 nations out of 197 signatories of the Paris Agreement that has not ratified the accord.

In its latest report, Russia’s environmental ministry said that temperatures in the country have risen at twice the rate observed worldwide between 1976 and 2018.

A population of 13.4 million people lived in 46 “highly polluted” Russian cities last year, the report added. Cities across Siberia dominated the ministry’s ranking of the 22 most polluted towns and cities, which are home to an estimated 5.1 million people.

In July, deputy prime minister Alexei Gordeev ordered the ministries of environment and foreign affairs to submit a bill to ratify the accord to parliament by this month, according to a government statement.

The statement said it was “now necessary […] to launch the process of ratification before the World Climate Action Summit [on 23] September 2019” – a key, last-chance climate conference convened by UN chief Antonio Guterres that aims to boost countries’ emission reduction pledges.

The move followed months of back-and-forth consultations between the economic development ministry, which penned the law, and the ministries of resources and environment and foreign affairs.

The government statement said ratification of the Paris Agreement “could give Russia additional opportunities to participate in all negotiation processes and protect its interests in international fora that define the rules for reducing CO2 emissions and develop relevant documents.”

Aside from the looming climate action summit, the government also cited a global shift in demand towards low carbon energy as a reason for the bill. “The world’s electric power industry is becoming less carbon-intensive, and this predetermines the competitive advantage of goods produced in countries with greener energy,” it read.