As climate change warms the Arctic, it’s not just rising temperatures that are melting the ice. Another culprit is soot spewed by vessels running on heavy fuel oils, coating the polar glaze an ashy black, making it more susceptible to withering solar radiation.

Published on January 30, 2020 by Simon Kalmykov 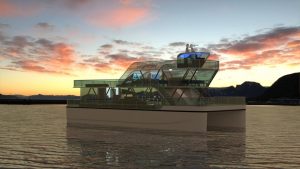 As climate change warms the Arctic, it’s not just rising temperatures that are melting the ice. Another culprit is soot spewed by vessels running on heavy fuel oils, coating the polar glaze an ashy black, making it more susceptible to withering solar radiation.

Such was the subject of a side event hosted by Bellona at the Arctic Frontiers conference, in cooperation with the Clean Arctic Alliance. Fittingly, the venue was the Brim – a fully electric catamaran Norway is deploying to ferry tourists through its pristine fjords.

The event, entitled “Moving towards the ban on the use of marine heavy fuel oil (HFO) in the Arctic” aimed to boost international efforts to forbid burning the dirty substance in the polar region – not only for natural preservation, but a host of other practical considerations.

“A ban on HFO use in the Arctic as a means to solving soot emissions is an optimal measure, which would embolden a transition to more environmentally clean forms of fuel,” Enge said. “Therefore, we at Bellona fully support such an initiative, along with our colleagues at the Clean Arctic Alliance.” 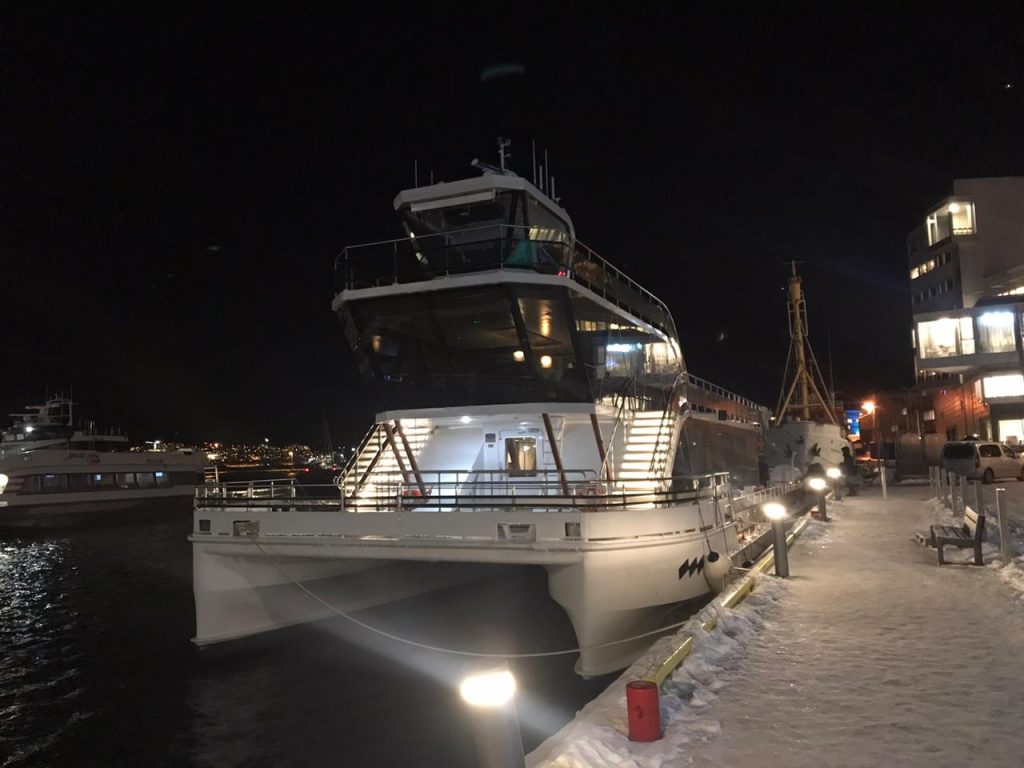 Bellona's side event at the Arctic Frontiers conference was held aboard the Brim, a fully electric catamaran. Credit: Bellona

It’s enough that such a ban would reduce the risk of oil spills in the Arctic, which would be nearly impossible to clean up. Technologies for sopping up an oil accident from snow and ice are virtually nonexistent, and the harsh polar climate would make responding to such a spill in a timely way extremely difficult.

So-called “black carbon,” which comes of burning HFO, just makes things worse. Deposits of this soot – which are unburned carbon particles – stains parts of the Arctic black, changing the ice from a reflector of sunlight to an absorber of heat, and accelerating the melting of polar ice and snow – which itself is starting to alter global climactic trends.

It was such threats that ushered in a ban on HFO use in the waters of the Antarctic, which took effect in 2011. Based on that initiative, the Clean Arctic Alliance spearheaded an appeal to the International Maritime Organization in 2016 to establish a similar ban in the Arctic.

To drum up support for the Arctic ban, the Alliance joined forces with Hurtigruten, Norway’s largest passenger shipping lines, and penned the Arctic Commitment – a document that encourages both shippers and individuals to get on board with an Arctic HFO ban.

Currently, the Arctic Commitment has over one hundred signatories, including representatives of the shipbuilding industry, ports, politicians, and corporations – like Nike and the famed Swedish furniture company Ikea.

At the Bellona side event, Brim Explorer, which runs the electric catamaran, became the latest company to sign on to the commitment.

Still, the question and answer session that concluded the event made it clear that many are still unclear on the need for the ban, and that an understanding of the challenges it would address are not universal.

“Unfortunately, our work is far from complete,” said Eelco Leeman, of the Clean Arctic Alliance. “We have a long way to go to convince decision makers about the need for the measures we are proposing. But the fact that more and more companies support us and are putting thier signatures under our Commitment not only inspires hope, but allows us to believe that achieving our goal of banning HFOs in the Arctic is inevitable. ”