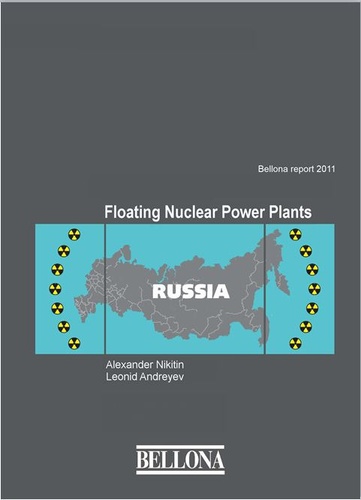 The need for this report arose from the fact that in the past several years, the Russian State Nuclear Corporation Rosatom – the top authority governing the Russian nuclear industry, including its nuclear energy-generating sector – has been engaged in a massive propaganda campaign extolling the virtues of low-capacity nuclear power plants (LCNPPs), complete with a push to speed up construction of a pilot floating combined heat-and-power nuclear power plant (FNPP) , a variation on the basic LCNPP concept.