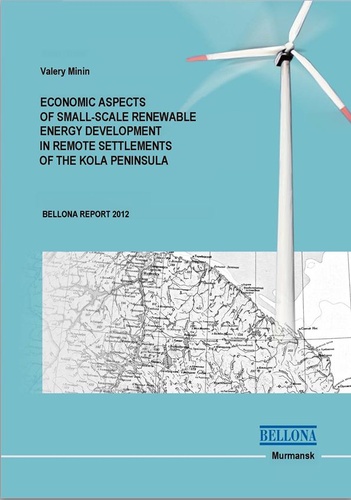 Murmansk Region, a large administrative area on the Kola Peninsula in Russia’s European North, has a broad range of non-conventional renewable energy sources at its disposal – the sun and wind, small rivers, tides and ocean waves, etc. Each of these resources has its own distinct seasonal characteristics. For instance, the supply of solar energy and hydroenergy is at its peak during summer periods, while consumer demand is traditionally highest during the winter. Conversely, energy derived from the wind and ocean waves reaches its maximum availability in the winter, with the onset of seasonal cyclone activity. Finally, tidal energy is not contingent on a particular season, and its mean monthly values remain unchanged throughout the year or across multi-year spans. These peculiarities determine the specific areas and scope of practical application of renewable energy sources on the peninsula.