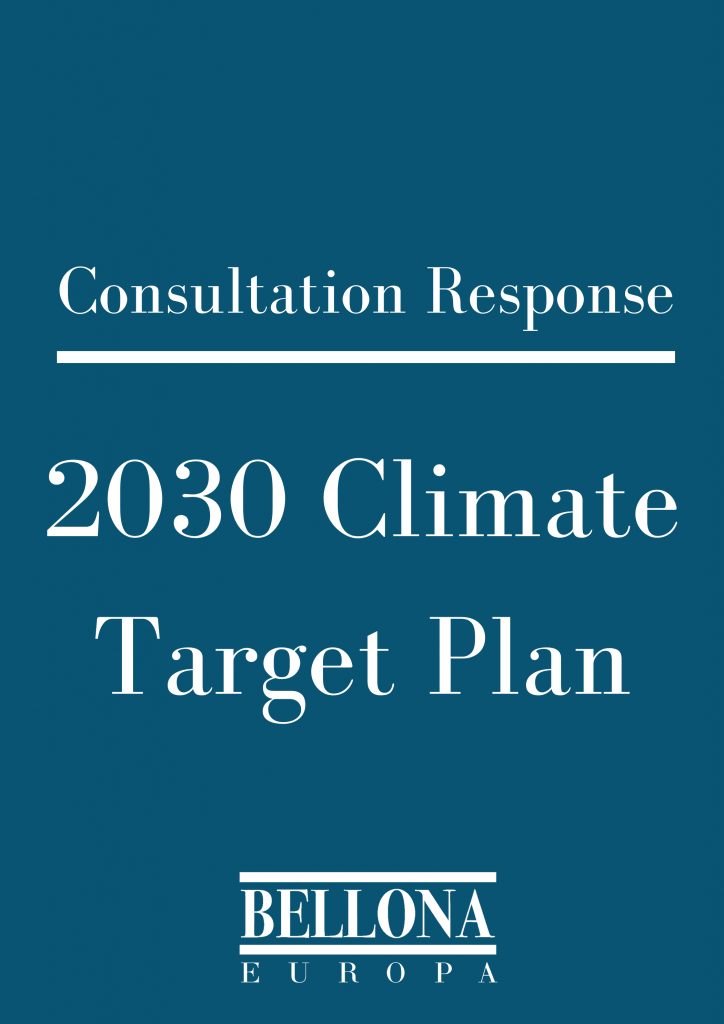 On the 15th of April, Bellona Europa submitted its response to the European Commission’s Inception Impact Assessment for the 2030 Climate Target Plan.

The impact assessment will lay the groundwork for the proposed increase of the EU’s emissions reduction target for 2030, an increase from today’s 40% to between 50 – 55% based on 1990 levels. To be enshrined into the proposed “European Climate Law”, the ongoing process offers an unprecedented opportunity for Europe to become the global leader on tackling climate change. Bellona Europa is concerned, however, that the published inception impact assessment does not include sufficient efforts to prevent overreliance on overly optimistic expectations on the future availability Negative Emission Technologies and Practices (NETPs). In our response, we therefore presents the European Commission with the 5 below recommendations:

1.      Create and include (both in inception impact assessment and resulting amendment to proposed “European Climate Law”) a robust and evidence-based definition and international standard of what constitutes GHG removal only including permanent removal from the atmosphere. (see full document for further details on proposed definition)

2.      Include a detailed outline of the 2030 climate target plan’s reliance on NETPs

3.      Include a EU “benchmark” emission reduction target for 2030 to reach 2050 target of climate neutrality not reliant on NETPs

4.      Include both targets from recommendation 2 and 3 in the proposed 2030 climate target plan and resulting amendment to proposed “European Climate Law”

Read more about our detailed proposal for a definition of GHG removal as well as supporting information here.