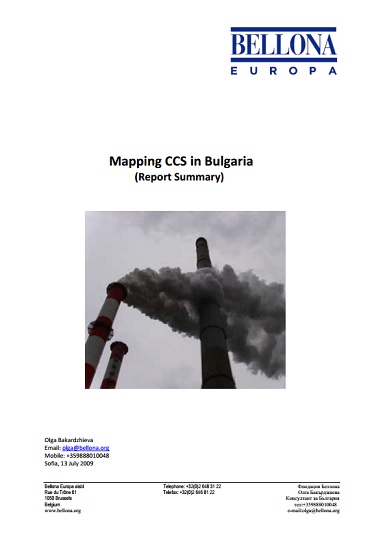 Bellona Europa has carried out a screening of the status and potential for CCS implementation in in nine EU Member States.

Below you can download the final reports mapping the political landscape of CCS in nine EU member states in Eastern and Southern Europe. The reports will serve as a basis for further engagement by Bellona – and others – on CCS deployment in these countries.

The reports focus on nine countries with a significant share of coal-fired power plants: Poland, Bulgaria, Czech Republic, Hungary, Romania, Italy, Greece, Spain and Portugal. They were written by independent consultants in each of these countries, and are based on research in the period May-September 2009.

The reports chart the attitude towards CCS of key stakeholders, an overview of planned thermal power plants on national territory, the energy production and emission breakdown of different fossil fuels, the state of the regulatory process for CCS and any planned national CCS projects.

The work was made possible by a grant from the European Climate Foundation.