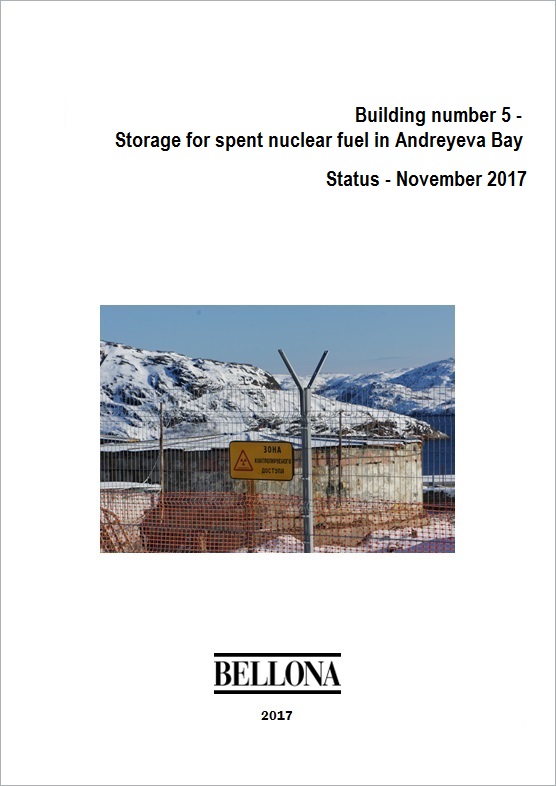 Andreyeva Bay, the former refueling site for nuclear-powered vessels with the Soviet Northern Fleet, has received international attention since the early 90s. This hotspot in the Murmansk region, close to the Russian border with Norway, has been the one of the main objects of an international effort to clean up the radioactive inheritance from the Soviet Union.

Among the more difficult tasks to handle has been the decommissioning of the so called “Building no. 5”, where spent fuel assemblies (SFAs) were stored in basins filled with water. Although the cleanup in Andreyeva Bay has come far, and shipments of SFAs from the former naval base to further storage and handling at the Mayak Chemical Combine commenced in June of 2017, building no. 5 continues to be a thorn in the side of the parties responsible for the cleanup operations.

Bellona has summed up the history and late developments concerning building no. 5 in this short working paper. It provides information on the scale of the problem, and shows how difficult the task of decommissioning this particular part of the Andreyeva Bay-complex has been, and still is. A lack of publicly available information on the current plans for future mitigation measures leaves the details of building no. 5’s near future surrounded in mystery. Bellona recommends holding a public hearing, informing the general public and interested parties about the current situation, plans and goals of the decommissioning project for this part of the old naval base-complex.

To read about the story and status of building no. 5. Click the link below.