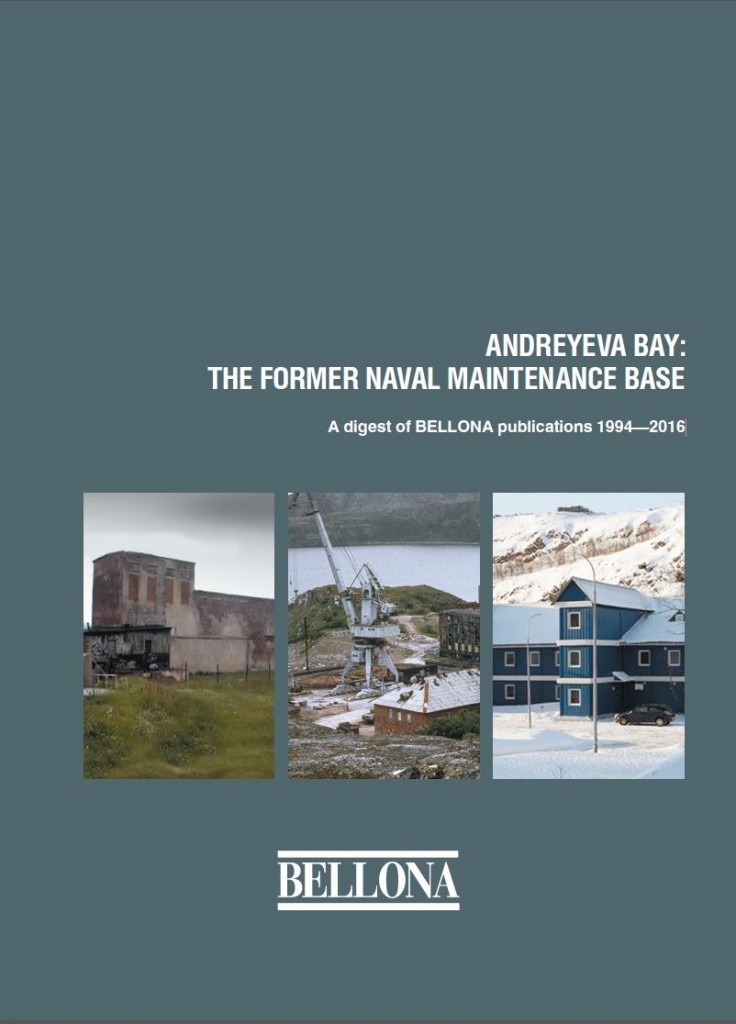 This digest is a chronologically ordered overview of publications that appeared on Bellona’s website over the past 20 years detailing the developments at the former naval maintenance base of Andreyeva Bay.

Bellona has been engaged with environmental problems of Russia’s Northwest, including problems of nuclear and radiation safety, since the early 1990s. The breakup of the USSR in 1991 was followed by extensive decommissioning of old nuclear submarines, which remained at the piers of naval bases and shiprepairing yards; the coastal maintenance bases were quickly deteriorating.

At the time, Russia did not have the necessary funds for the dismantlement of these submarines or for the management of spent nuclear fuel and radioactive waste, nor even for a physical security system. Bellona began to push for the understanding that the legacy sites – so-called nuclear and radiation hazard sites, inherited from the Soviet time – in this region were a danger not only to the citizens of Russia, but those of many other countries as well. Bellona argued that, in the conditions of a collapsed Russian economy, remediation of these sites and reducing their hazard was impossible without the financial and technological help from foreign nations.

This digest starts with a brief description of what the coastal naval maintenance base Andreyeva Bay was in the early 1990s and then chronicles the developments at the base as they were reported in articles and other materials published by Bellona.

These materials will undoubtedly be of interest both to specialists directly familiar with the situation in the Russian Northwest and those readers in the general public who are concerned about what is happening with the legacy sites in Russia.

Here is a link to the digest in PDF-format.