BRUSSELS—As the coordinator of the global NGO Platform on Shipbreaking, Bellona organised a hearing in the European Parliament (EP) on Tuesday April 25th in close cooperation with Greenpeace and other human rights, health and environmental NGOs from Europe, India, Bangladesh and the United States. 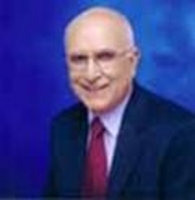 Over 100 participants were gathered in the European Parliament (EP) to attend the first ever public European hearing on ship scrapping solutions. The meeting was hosted by Members of the European Parliament (MEPs) Jeannine Hennis-Plasschaert (Liberal from The Netherlands) and Dirk Sterckx (Liberal from Belgium) and was attended by the European Commissioner in charge of Environmental policies, Mr. Stavros Dimas, and representatives from the EU Member States, Norway and Japan. Ship owning organisations and the NGO community were also in attendance, led by the Bellona Foundation and Greenpeace.

Commissioner Dimas announced that the European Union will take the lead to ensuring that ship dismantling takes place according to internationally recognised standards for workers’ rights and the environment. Dimas made it explicitly clear that ships destined to be dismantled or recycled are considered waste. This means that they fall clearly under the international legislation on exports of hazardous waste, the Basel Convention and the European Waste Shipment Regulation (WSR). Dimas also underscored the need to see ship scrapping in the context of the polluter pays principle, i.e. a service the shipping industry should pay its part of instead of being paid for.

“We have done enough thinking. We have concluded that now is the time to act,” said the Greek Commissioner.

The ship owners acknowledged the problem but expressed that the only way forward was an internationally anchored agreement under the International Maritime Organisation (IMO). International Chamber of Shipping (ICS) Secretary General Chris Horrocks said there would be a significant demand for ship scrapping in 2010 and thereafter. But the UK government representative, Roy Watkinson from the Directorate for Environment, Food and Rural Affairs (DEFRA) estimated that the convention will at the earliest come into force in 2012 if not even later.

What do we do in the meantime? That was an issue participants agreed to as the key challenge that face all stakeholders.

The NGO Platform on Shipbreaking is coordinated by Ingvild Jenssen of the Bellona Europa offices in Brussels. Speaking on behalf of the NGO Platform was Marietta Harjono from Greenpeace, Netherlands. After bearing witness to the many tragic examples of victims of ship scrapping in Asia, Harjono listed why EU action is urgently needed.

The EU has always taken the lead in international environmental problems. Now they should act again. There are several measures available to the EU and the NGO Platform was pleased to hear Commissioner Dimas state that the EU will act now. Amongst the measures announced by the Commissioner, and called for by the NGO Platform, was full enhancement of existing EU legislation on waste, the development of decontamination facilities and clean ship dismantling capacity in Europe. He also listed that upgrading of existing shipbreaking yards in Asia to meet international standards is of importance.

Further, the EU must introduce new tools that separate enhancement mechanisms from the flag state principle in the UN law of the Sea. Another key measure the EU must consider is to include a clause in the Commission’s guidelines on state aid to shipping companies on respecting internationally recognised standards on health, safety and environment—just as the flagging in employment and employment criteria that exist today.