Russia’s lower house of parliament, the State Duma , ratified the long-stalled Kyoto Protocol climate change treaty on Friday, clearing away the last major hurdle for the global pact to take effect seven years after it was drafted.

Published on October 26, 2004 by Charles Digges 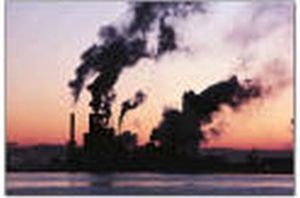 It will now go before the upper house of Russias parliament, the Federation Council, which is widely expected to rubber-stamp the document and pass it back to President Vladimir Putin for his signature.


The State Duma voted 334 to 73 to approve the treaty on the recommendation of President Putin, whose cabinet warmly endorsed the treaty early on September 30th following years of acrimonious debate in Moscow and around the world about the balance economic growth versus environmental health.

Russia’s decision essentially guarantees that the Kyoto agreement will go into effect. The treaty, which commits industrial nations to curb production of carbon dioxide and other greenhouse gases that many scientists blame for global warming, required ratification by countries responsible for at least 55 percent of the world’s emissions. Because the United States opted out of the agreement in 2001, only Russia, with 17 percent, could put it over the threshold.


“It’s a great event that took place, not only for Russia but for the rest of the world,” said Vladimir Zakharov, director of the Moscow-based Center for Russian Environmental Policy and co-chairman of Russia’s Social Forum on Climate Change told international news agencies. The two Russian advocacy groups have been lobbying for ratification of the agreement, which was negotiated in Kyoto, Japan, in 1997.

–>
Putin had endorsed the accord several times in the last few years without ever actually allowing a Duma vote. The breakthrough came in May, when he concluded a deal with the European Union in which he agreed to secure ratification in exchange for EU support for Russian membership in the World Trade Organization, or WTO.


Kremlin factions opposed to Kyoto waged a last-ditch campaign to kill it, led by Putin’s top economic adviser, Andrei Illarionov, who has termed the pact a “death treaty” that would strangle the growing Russian economy.


“It’s detrimental to Russian interests, and I strongly advised our government in this respect to follow the example of the United States,” Natalya Narochnitskaya, a Duma deputy from the nationalist Motherland party, said in an interview with the Washington Post after the vote friday. She said the Kremlin embraced the treaty “to appease the Western society,” which has assailed Putin for rolling back democratic institutions.

But Putin settled the matter when his cabinet endorsed it on Sept. 30. The Dumas passage of the protocol was cause for celebration among EU countries, who had led efforts to persuade Russia to append its signature to the treaty.


“This is a huge success for the international fight against climate change,” declared European Commission President Romano Prodi in remarks reported by Agencie France Presse. “[Russian] President (Vladimir) Putin has sent a strong signal of his commitment and sense of responsibility.We are happy that the Russian Duma has decided to ratify. We hope that the United States will now re-consider its position.”


EU Environment Commissioner Margot Wallstroem said Russia’s action “sends a very forceful signal to the rest of the world… It is also very much a victory for the European Union.”

German Foreign Minister Joschka Fischer, a Green party member, said, “For the first time there can be global responsibility for the world’s climate and the management of its resources.”


And Greenpeace International campaigner Steve Sawyer said US President George W. Bush, whose rejection of Kyoto in 2001 pushed the pact toward extinction, was now isolated.


Getting Russia on board he told AFP dealt “a major blow to President Bush and his paymasters in the fossil fuel industry.


US responds with disdain

For its part, the United States poured cold water on the air of celebration among EU members and reiterated its fervent opposition to the protocol.


“We have no intention of signing or ratifying it. We have not changed our views,” a defiant deputy U.S. State Department spokesman Adam Ereli said according to State Department daily briefing transcripts. The European Union and environmentalists across the globe had Moscows decision would urge Washington to follow suit.


“We note the actions taken today,” said Ereli, “but I’d refer you to the Russians for opinion or comment on their rationale for ratifying it. Our position against it remains the same.”


Frank Maisano, a Washington lobbyist for the US utilities industry, dismissed the Russian move as “largely symbolic,” and called the treaty “meaningless, ineffective and toothless.”


Indeed, most analysts interviewed saw Russias capitulation to the Kyoto Protocol as nothing more than a desire to attain its long-coveted membership in the WTO, and to take a gamble that it will pump up its state coffers with the sale of its excess emissions quotas.


On October 27th, the treaty goes to the largely ceremonial Federation Council for approval, which has always been a formality in post-Soviet Russia. It will then go back to Putin for his signature.

The treaty requires participating industrial countries to reduce emissions of greenhouse gases by 5.2 percent below 1990 levels by 2012. For Russia, the terms could prove an economic boon, because its levels have already fallen about 25 percent since 1990 in the industrial collapse that followed the breakup of the Soviet Union. Russia stands to earn billions of dollars by selling its excess quotas, as the treaty allows, to countries not in compliance with the requirement.


Kyoto a bland topic in US presidential race

In the throes of a hotly contested presidential race just days from the November 2nd election, Democratic challenger John Kerry made little effort to distance himself from incumbent Bush, saying Kyoto “is not the answer.”


“The near-term emission reductions it would require of the United States are unfeasible, while the long-term obligations imposed onm all nations are to litle to solve the problem,” he said on his website. This is a major departure


Bush, in the second debate on October 8th, said, “Had we joined the Kyoto treaty…it would have cost America a lot of jobs. It’s one of these deals where, in order to be popular in the halls of Europe, you sign a treaty…I think there’s a better way to do it.”