Hit & Sunk: How to Clean the Shipping Sector

Bellona, we believe that electric infrastructure supplying ships with shore- and charging power along with addressing fossil fuel subsidies are crucial for achieving this transition.

Published on February 6, 2020 by Bellona Europa 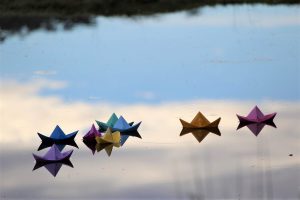 If there is a word that has been discussed a lot in the year 2019 it has definitely been flight-shaming. Can we bring the same level of concern in people and policy makers towards the shipping sector in 2020?

Speaking about flying is something that reasonate with people in developed countries directly: 2019 set a new record in terms of the number of scheduled passengers with over 4.72 billion. At the same time the political discussion and the aknowledgement of how the aviation sector works has hit the media and public debate .

How can we bring attention to shipping, which is less on the radar? Most of the goods we use on a daily basis are brought to us through shipping routes. Additionally, small and medium sized ships are used by people to travel short and long distances, not to mention fleets used within the fishing and military industry.

Shipping, along with aviation, is probably the most difficult transport sector to fully decarbonise and at Bellona, we believe that electric infrastructure supplying ships with shore- and charging power along with addressing fossil fuel subsidies are crucial for achieving this transition.
During COP25 we organised a side event underlining the great challenge of decarbonising the shipping industry, with interventions from policymakers, leading shipping companies and civil society. 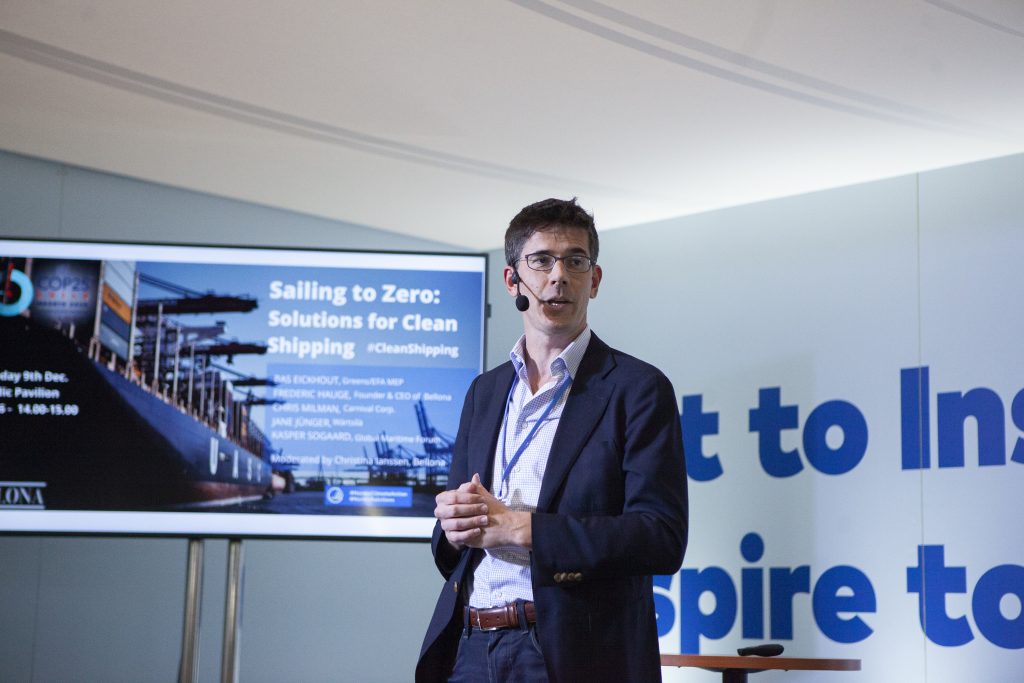 Our event was opened by Green MEP Bas Eickhout, who was the Chair of the European Parliament’s delegation to last year’s climate summit. Having previously expressed his position about the need for measures to curb shipping emissions in an Op-Ed, Eickhout stated that long-term measures, such as the IMO’s target to reduce emissions by at least 50% by 2050, are ‘easy’. He mentioned that the conversation should now focus on short- and medium-term steps which can quickly reduce emissions while putting the industry on a Paris-compatible path. Eickhout also stressed the importance of setting speed limits, improving the efficiency of ships, as well as operations, and the need for a more effective pricing regime. He concluded by reminding those present that the European Parliament, and now the European Commission, are committed to include the sector into the EU ETS.

For an interactive and actually fruitful discussion it is important to engage in a debate with ships and cruise companies too. Carnival, the world’s largest cruise company participated in our event and showed commitment to meeting the IMO’s target of reducing GHG emissions by at least 50% by 2050 compared to 2008. Chris Millman, Vice President of Corporate Marine Technology has mentioned how Carnival was looking into other measures to improve the efficiency of ships. These included the recovery of waste heat, more regular maintenance of the hull and propellers, and better monitoring of the ship’s energy consumption. However, he also stated that given the huge scale of the challenge, new technology would be needed to comply with the IMO’s goals. When questioned about LNG, Millman recognised that while LNG is one of the better solutions available today the fossil fuel is not sufficient to reach long-term decarbonisation targets.

Accurate monitoring, reporting and verification (MRV) is necessary for the efficient functioning of the European Union Emission Trading Scheme (EU ETS). At the moment there are two separate monitoring schemes for shipping, the EU MRV, monitoring ships from and within the EU area and the IMO DCS which tracks ships globally. While the EU MRV puts a focus on CO2 emissions and makes data available publicly, the IMO DCS monitoring scheme doesn’t cover detailed reporting on CO2 emissions and keeps individual ship details confidential.

The MRV plays an important role as it will be used for the debate about including shipping in the ETS. The price that would be put on CO2 emitted from shipping would not be high enough to significantly reduce shipping emissions. However, it could still be beneficial, if the money would go to generated funds and are then reinvested in R&D and zero emission infrastructure. Bellona has long advocated for the electrification of smaller ships, publishing in 2015 the issue “Shipping goes Electric” , and in 2017 the electric ferry report on hybrid fishing vessels.

Meanwhile another problem underlined by the NGO Shipbreaking Platform is the current lack of enforcement of shipbreaking regulations within the EU. According to the EU Ship Recycling Regulation, applicable since the 1st January 2019 EU-flagged vessels have to be recycled in one of the currently 41 approved facilities around the world included in the EU list. The NGO underlines that European shipping companies are still dumping the majority of boats at their end-to-life stage on the shores of Indian and Pakistani beaches. This represents an important environmental thread which highlights how the shipping sector is unable to face the current environmental challenges despite regulation being in place.

If in the future, conventional ships are replaced with an electric version, this will pose an even greater effort to make sure there is an increasing number of recycling facilities that fit the EU environmental standards and the circular economy rationale.

Despite the challenges of the overall shipping sector, the current technologies show that it is possible to eliminate emissions from the short-sea sector and from there, take action for the deep sea sector. It can be expected that in the next few months the European Parliament will continue discussing extending the EU ETS to shipping. At Bellona, we will continue our efforts in raising awareness and finding solutions to succeed in the transition to a zero emission shipping sector.