An environmentally minded protest for the rights of electric car owners is coming from an unlikely place: Vladivostok, Russia. The surprisingly big number of e-car owners there are mounting protests and mounting petition drives for a very simple right – the right to public charge stations for their cars.

Published on January 17, 2018 by Charles Digges

An environmentally minded protest for the rights of electric car owners is coming from an unlikely place: Vladivostok, Russia. The surprisingly big number of e-car owners there are mounting protests and mounting petition drives for a very simple right – the right to public charge stations for their cars.

With cities like Moscow and St Petersburg getting most of the attention for their electric car ownership and budding charging infrastructure – though by western European standards even those numbers are small – figures out on the Russia Pacific coast have gone all but ignored.

Well, no longer. Two days ago, a club of electric car owners in the Primorsky Krai, the administrative district of which Vladivostok is a part, posted an online petition drive to demand the authorities make good on promises to build public charging stations. As of Wednesday, 150 e-car drivers registered their exasperation with having to juice up their batteries on extension cords from household outlets.

“Every year the number of electric vehicles is growing – the Primorsky Krai occupies one of the leading places in the country in terms of their number, and has all the prerequisites for further growth,” reads the petition addressed to the regional prosecutor, Vladivostok’s mayor, gas station owners, Russia’s energy minister, and to President Vladimir Putin himself. 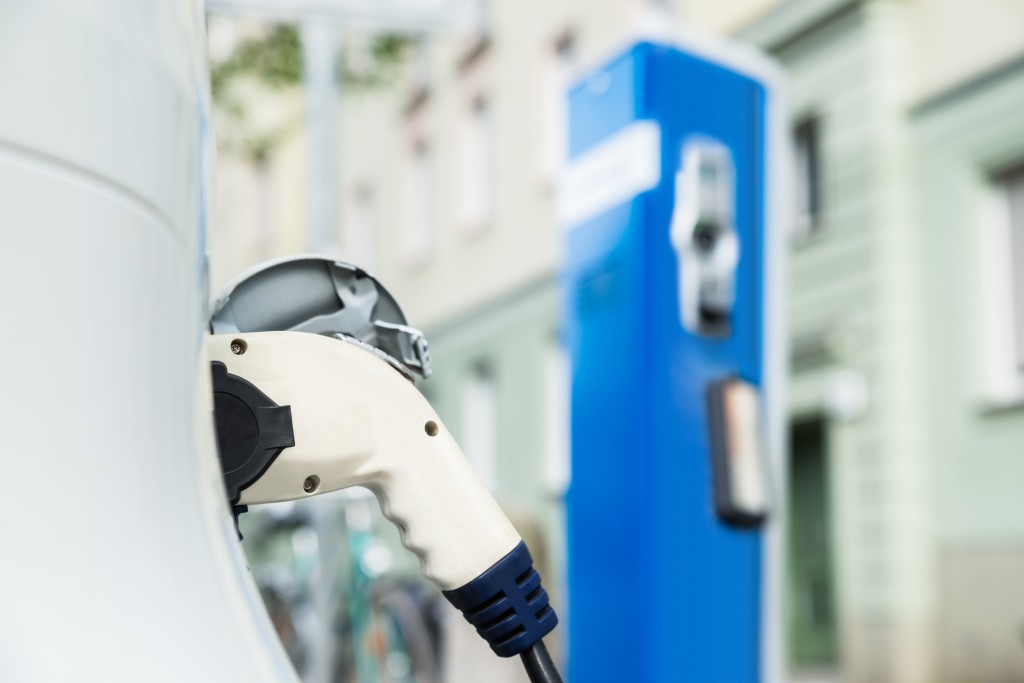 All but a few of those were Nissan Leafs – which are produced in Japan, which is far closer to Vladivostok than Moscow. This, say the authors of the petition, is the point. More than half of the Nissan Leafs making their way to Russia ended up in the Far Eastern part of Siberia. With all of that, it’s almost a joke that Vladivostok isn’t leading the country in electric car charging points and infrastructure. Why not? 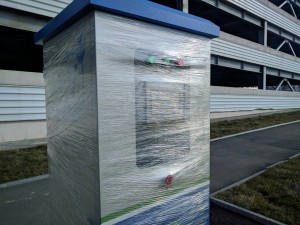 Mainly because the only electric car charging station in the area was built for show.  Last September, Vladivostok hosted the Third Eastern Economic Forum. Organizers built two rapid charging stations for electric cars at the Far Eastern Federal University at Russian Island to show off to the assembled big wigs. But after the forum ended and everyone went home, the chargers were shut off and access to them was closed.

“It is an absurd situation when the owner of an electric car has to unspool an extension cable from a window to charge a car for 6-7 hours, when 50 meters away there is equipment wrapped in plastic food wrap that can do the same for half an hour,” reads the petition.

But e-car owners in Vladivostok aren’t just voting with their signatures. In December, 30 electric car owners took their protest to the streets in a demonstration to highlight the absence of charge stations – marking not only the first protest of this kind in Russia, but most likely the world.

The creative e-motorists lined their cars up to form the image of an electrical plug followed by a question mark to symbolize the head scratcher deviling the city: Why doesn’t this region, of all regions in Russia, not have any electric car chargers – and when will we finally get some?

It’s a good question, and electric car drivers in Vladivostok – indeed throughout Russia – have put in enough time an ingenuity to get an answer. They have seen the stick and carrot approach that their lucky counterparts in the west have benefitted from. 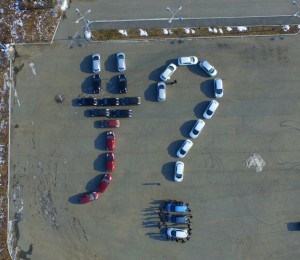 E-car drivers in Vladivostok mounted a protest, begging the question: Where are the chargers? Credit: Credit: https://www.instagram.com/nissan_leaf_rus/

First, the carrot. Many European countries abolished import taxes on electric cars to drive own prices. Countries like Norway piled on other privileges as well, like letting e-cars onto ferries for free, exempting them from road tolls and offering them free parking at charge stations throughout cities. Then the stick. Numerous European cities plan to lower the boom on standard gas cars by banning their sale outright. Norway aims to do this by 2025, with other countries catching up in 2040.

Yet in Russia, where electric car owners have none of the benefits of their European cousins, none of the tax breaks, where e-cars cost more than they do in the West, and where infrastructure for them is nearly invisible, there is nonetheless a hearty coterie that still wants them.

And like so many other headline grabbing protests in Russia – people marching for their pensions to get paid, for their salaries to rise, for this or that corrupt administration to resign – the protest mounted by Vladivostok’s electric car drivers is just another appeal to authorities to obey the laws they’re supposed to be upholding.

Specifically in this case that’s Russian Government Resolution No. 890 of August 27, 2015. That was a decision that came into force almost two years ago that requires every gas station in the country offer charging stations for e-vehicles. It also outlines a list of minimum requirements that have to be offered on public roads and in garages to service electric cars – and says not providing chargers and other needs for e-car drivers means a hefty fine.

Yet even though this resolution came into force in November 2016 – giving everyone more than a year to make the changes – nearly no one has bothered to comply with it. 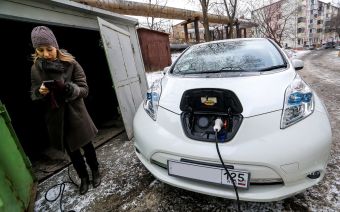 Meanwhile, on the other side of Russia on its frigid Arctic coast, all five of the electric car owners in Murmansk can sidle up to a charging station at the city’s Park Inn Hotel – a gift from Bellona to encourage Scandinavia e-car owners to drive emissions-free to Russia’s Northwest. Yet even this charger is more modest than the one that’s wrapped in plastic out near Vladivostok – it takes several hours to charge a car in Murmansk as opposed to the minutes it would take at the forgotten super-charger put up for Vladivostok’s Economic Forum. But at least it works.

E-car drivers in Vladivostok, meanwhile, are cutting deals. They’re to negotiating with owners of shopping centers and restaurants so they provide outlets for e-cars. And they’re swapping information online about charge stations they’re building themselves in their homes and garages.

But since they’re doing more than most e-car drivers in Russia to put few kilometers on the environment, they’re hoping Moscow will do them the favor of enforcing the law.