Following revelations last September about Volkswagen’s fraudulent vehicle emission testing practices all eyes have been on the reform process of the EU’s long-outdated vehicle testing rules, the deceivingly named ‘New’ European Driving Cycle (NEDC), as well as on the revision of the National Emission Ceilings (NEC) Directive which caps a number of air pollutants in EU countries. Below we take a closer look at recent developments in these reform processes to tackle air pollution: the single largest environmental health risk on the continent, responsible for more than 430 000 premature deaths in Europe. 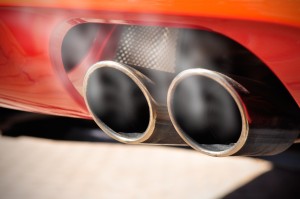 While to some the ‘Dieselgate’ scandal has been a clear sign of the ever approaching limits to attaining improvements in the efficiency of internal combustion engines and the need to transition to electric transport, over the past months we have observed persistent lobbying efforts by big car making- and oil companies to slow down much-needed reforms and undermine the deployment of electro-mobility in Europe.

The latest of a series of lobbying efforts by car makers to delay the introduction of the new testing rules for CO2 emissions, the so-called Worldwide Harmonised Light Vehicles Test Procedure (WLTP), failed after a qualified majority of EU Member States stood by the Commission’s proposal for a start date of the new rules from 1 September 2017. This will also be the start date for the Real Driving Emissions (RDE) test, meant to replace existing rules for measuring vehicles’ NOx emissions.

The adoption of stricter rules for vehicle emission testing is an important step in helping to reflect the true societal and environmental costs of the fossil car industry. Reported emissions data has been used by governments not only as an indicator to set new public health policies but also to simulate future air pollution and CO2 levels and targets. This means that in order to ensure fair and correct taxation of ICEs, hybrids and plug-in hybrids, we need to ensure accurate emissions data.

On the other hand, last week’s plenary session of the European Parliament in Strasbourg failed to deliver urgently needed measures to bring down high levels of health threatening air pollutants, regulated under the National Emission Ceilings Directive (NECD).

Latest data by the European Environment Agency (EEA) shows that 10 EU countries are still emitting air pollution above legal limits. NOx emissions stemming from road transportation, in particular, are one of the main reasons for the continued exceedance of legal limits.

The Commission’s initial proposal set an ambitious objective of cutting air pollution-induced human deaths by 52% through substantial reductions of the main pollutants in the next 15 years. While receiving the Parliament’s endorsement, the proposal was faced with significant resistance from Member States. Lobbying efforts led by the UK, France, Poland and Italy resulted in last week the Dutch European Council Presidency presenting a highly unambitious proposal.

Member States have called for a relaxation in emission reduction targets which would result in around 16,000 additional premature deaths per year after 2030 according to Commission estimates, and about 100,000 deaths cumulatively between now and 2030.

If agreed, the lower public health target proposed by Member States– 48.5% as opposed to 52% – will be used as the basis for setting binding targets over the next 15 years for the regulated pollutants.

“Less ambition does not necessarily mean lower financial costs. But it certainly means higher human costs. Just to give you an idea, we will be saving around 4000 premature deaths every year for every 1 percent reduction in our target, in the EU alone”– warned the Environment Commissioner Karmenu Vella during an Environment Council meeting last December.

What is more, Member States have insisted on the inclusion of several flexibilities in the Directive, rendering the limits much more difficult to enforce. They also propose a clause to escape responsibility in case emissions from one sector turn out to be greater than expected, as happened with Dieselgate.

The negotiations reached impasse over whether air pollution limits for 2025 should be binding or not. While the Parliament wants to introduce legally binding limits for 2025, which would require earlier action to tackle air pollution, the Commission and Council showed opposition.

Next week’s Environment Council meeting (20 June, Brussels) will be decisive in determining whether the new deal receives EU environment ministers’ approval.  If they fail to reach a deal then, the Directive will be in danger of being seriously delayed and more importantly, human health will continue to be exposed to dangerously high levels of air pollutants.