Published on February 3, 2016 by Bellona Europa 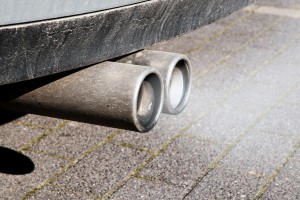 “Today’s outcome is a defeat for European citizens whose health will now continue to be exposed to ever higher levels of toxic air pollutants from un-ambitious car-makers” comments Bellona Europa Advisor, Teodora Serafimova.

As a result of pressure from the car maker lobby and Member States (especially those with big car industries) the Commission’s proposal for the introduction on new car emission testing rules has been substantially watered down to include so-called ‘compliance factors’ which would create major loopholes in the system – enabling car makers to produce and sell cars exceeding EU legal limits for NOx pollutants permanently and by a significant factor. In fact, it is believed that such tolerance towards non-compliance would threaten raising diesel car emission limits for NOx by up to 110% when the RDE test procedure is introduced.

“The Commission could not propose anything new regarding conformity factors. Member States would not change their view and it would delay the whole process”.

In response to this, Serafimova says: “The powerful influence of the car maker lobby on the EU law making process has never been as evident as today. Despite ever piling evidence of fraudulent practices and ever louder criticism against the proposed ‘fix’, the Commission’s decisions seem to be favoring the commercial interests of car makers over the protection of the health of European citizens”.

Failure to adopt a robust car emissions test leaves an ever increasing proportion of our population at the exposure of high levels of dangerous air pollutants and associated health risks. As a matter of fact, the latest report of the European Environment Agency estimates that air pollution continues to be responsible for more than 430 000 premature deaths in Europe, making it the single largest environmental health risk on the continent.

What was the lead-up to this vote?

In December last year, the Parliament’s Environment Committee (ENVI) rejected the proposal, arguing that tolerance towards non-compliance with limits would undermine enforcement of existing EU standards. Shortly after the rejection, a parliamentary inquiry committee, also called the Emission Measurements in the Automotive Sector (EMIS), was set up with the task of investigating the car emissions scandal.

In response to heavy criticism towards its proposal expressed from the Parliament but also numerous civil society groups, the Commission proposed a new law on the approval and market surveillance of motor vehicles on 27 January 2016. While not suggesting the establishment of an EU independent type approving authority, as called for by Bellona in our recent brief on the ‘emission testing’ scandal, the proposal calls for a significant expansion of EU powers in ensuring the independence and adequacy of testing authorities in EU Member States.

Had today’s plenary vote succeeded in rejecting the proposal, the Commission would have had to withdraw the draft regulation and submit a new one by 1 April 2016.