MURMANSK – Russian President Vladimir Putin yesterday issued a governmental order to revamp and modernize Russia’s ailing automobile industry with an eye toward launching an electric car by 2025, according to the Kremlin’s official website.

Published on January 20, 2016 by Anna Kireeva, translated by Charles Digges 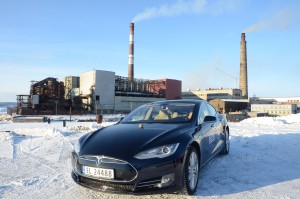 MURMANSK – Russian President Vladimir Putin yesterday issued a governmental order to revamp and modernize Russia’s ailing automobile industry with an eye toward launching an electric car by 2025, according to the Kremlin’s official website.

The move appears to be part of a raft of signals the government has lately issued in support of renewable and other climate friendly energies in the wake of the Paris climate summit, though critics note Russia lacks native experience with these alternative sources.

The presidential order “[…] envisions priority guidelines for scientific and technical development in the Russian auto industry and the development of advanced designs of auto technology geared toward world tendencies to shifting to the production of electric cars” by 2025.

The new plans were immediately embraced by Bellona President Frederic Hauge, one of Europe’s most prominent proponents of electric cars. 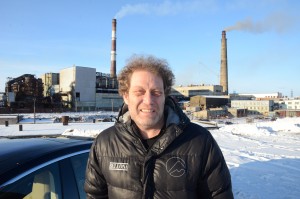 “This is remarkable news,” he said. “It seems that the President of Russia has a plan to intensify the modernization of Russia’s auto industry.”

Hauge was among the first to show off electric cars to the Russian public – specifically a Tesla Model S – that he drove from Kirkeness Norway to Murmansk in 2014. Previously, in 1992, he brought a smaller, early model electric car to the same Russian city.

He said yesterday that he’d undertaken the more recent Tesla trek “to show that such a trip was possible.”

“Murmansk has a surfeit of energy, which is useful for charging electric cars,” he said. “And these cars will, in turn, make a significant contribution to bringing down polluting emissions.”

The Russian Commission on Economic Development and Integration this year temporarily repealed tariffs on the import of electric cars through the end of 2016. After that the tariff is expected to jump back to 19 percent.

The single Russian company pursuing electric cars is AvtoVAZ. Company representative have said that they plan to release the electric Lada Vesta on the domestic market in the near future, and prototype testing has already begun (in Russian).

The results so far have been favorable: The home-produced 60 kilowatt engine operates on a lithium-ion battery. The car can go from zero to 100 kilometers per hour in 15.5 seconds, and has a maximum speed of 150 kilometers an hour.

But AvtoVAZ has some concerns about the Lada Vesta’s charging unit. Although the vehicle can reach full charge in nine hours from a 240 watt outlet – same as the Tesla Model S – its charge port is not yet universal, making finding charge points a challenge.

Both the Lada Vesta and the Tesla Model S reach full capacity on a supercharger in about an hour. 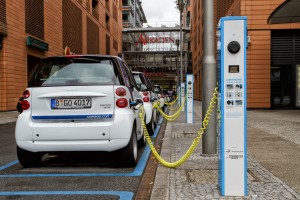 One incentive would be to continue the zero tariff policy on imported electric cars. Another would be to offer electric car owners free parking in Moscow’s terminally congested downtown, as well as allowing them to travel on routes designated exclusively for public transport. 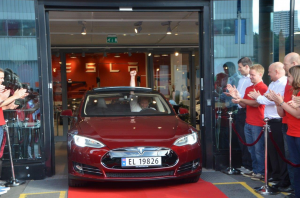 Leading the world in the number of registered electric cars in the United States, with 310,000 electric cars on the road. China follows with 157,000, and Japan comes in third with 121,000, according to Hybridcars.com.

Among the top sellers in Norway are the BMW i3, Tesla Model S, Renault Zoe, Nissan Leaf and the electric Volkswagen Golf.

The huge stimulus for electric cars in Norway derives from the significant incentives Norwegian drivers receive from the government for purchasing the environmentally friendly car – things like free parking, exemption from notoriously expensive road tolls, and special privileges to drive in bus and trolley transport lanes.

In fact, so high is the number of electric cars on the road in Norway that the government has floated the notion of repealing the incentives for driving them, but so far without success.

Unfortunately, electric car owners in Russia are afforded none of these benefits and discounts.