As of last month, nearly 60 percent of new cars sold in Norway are electric

Almost 60 percent of all new cars sold in Norway in March were fully electric, said the Norwegian Road Federation on Monday, setting a new global record as the country seeks to end the sales of fossil fuel-powered vehicles by 2025.

Published on April 1, 2019 by Charles Digges 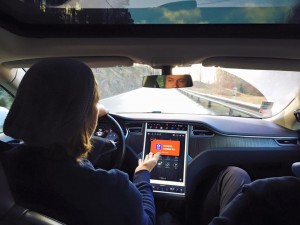 Almost 60 percent of all new cars sold in Norway in March were fully electric, said the Norwegian Road Federation on Monday, setting a new global record as the country seeks to end the sales of fossil fuel-powered vehicles by 2025.

The new figures – which come 30 years after Bellona registered Norway’s first electric car – cap three years of explosive growth on the country’s e-car market, putting the nation once again far ahead of any other in terms of emissions-free private transport.

“It is enormously motivating,” said Bellona President Frederic Hauge, who in 1989 challenged Norwegian authorities by refusing to pay road tolls from behind the wheel of the organization’s primitive e-car. “Our 30-year-long electric car initiative it producing results.”

As impressive as these numbers are, they could have been still higher. Thousands of Norwegians are signed up on waiting lists at electric car dealerships, which are having a hard time keeping up with demand.

The surge of electrics to a 58.4 percent market share in March came as Tesla ramped up delivery of its mid-sized Model 3, which retails from 442,000 kroner ($51,400), while Audi began deliveries of its 652,000-kroner e-tron sports utility vehicle. Other top finishers in the Norwegian electric market included the VW e-Golf, the BMW i3 and the Nissan Leaf. 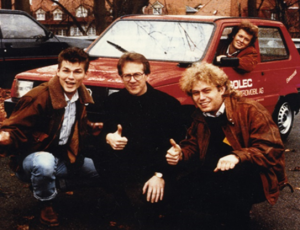 Other top auto-producers, like Toyota and Daimler, which have yet to take a substantial electric plunge, have seen their Norwegian sales figures fall.

In total, authorities say some 226,000 electric cars are operating on Norwegian roads today — a figure Oslo hopes to increase to 1.5 million by 2030.

The sharp uptick in electric car ownership Norway’s 5 million citizens is fueled by a package of lavish government perks for e-car owners, which makes them competitive with their fossil fuel driven counterparts.

For instance, those who purchase e-cars in Norway are exempted from the registration taxes that accompany the purchase of a fossil-fuel powered car – fees that can drive up the price of a new automobile by as much as 50 percent.

Added to this are perks like free or reduced tolls on Norway’s notoriously expensive roads for e-car drivers, as well as free passage on ferries. Electric cars are also given free or preferred parking in many of the nation’s urban centers, as well as the right to drive in high-occupancy lanes and other traffic zones reserved for public transportation.

“These are historic figures,”Terje Moe Gustavsen, director of the Norwegian Road Federation, told the Barents Observer news portal. “When we look back, it wasn’t more than five years ago since the goal for electric car policies was set. At that time, we had just over 10,000 electric cars.”

As part of that goal, Norway said it would stop the sale of cars fueled on traditional fossil fuels by 2025. Other countries have since followed the example and announced fossil fuel bans of their own. Neighboring Sweden and Finland will seek to end the sale of internal combustion engines by 2030, and the United Kingdom aims to follow by 2032.

Still, going all electric is an audacious goal for Norway – a country that owes so much of its wealth to being Western Europe’s biggest oil exporter. And the road for e-car drivers hasn’t always been as smooth as it is today.
Back in the early 1989, Hauge had to jump through bureaucratic hoops to get his e-car road legal. Then, in 1995, he teamed up with Morten Harket, the frontman for the 80s Norwegian heartthrob act A-Ha, to showcase the environmental benefits of electric mobility. The two hit Norway’s open road – blowing through its expensive tolls, refusing to pay up.

Their freewheeling civil disobedience pushed the government to finally carving out the generous perks e-car drivers take for granted now.

But while Hauge is pleased with the progress he helped inspire, he says Norway has to bolster the infrastructure for the electric cars it has so popularized. While Oslo and other big Norwegian cities are working to make rapid car chargers publicly available, smaller cities, particularly in the country’s north, are lagging behind the pace of electric car sales.