Finland hasn’t reached the stellar heights of its Scandinavian neighbors when it comes to the sale of electric cars. But if the parties vying for votes in the nation’s parliamentary elections on April 14 have their way, that is going to change. 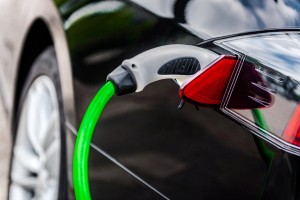 Finland hasn’t reached the stellar heights of its Scandinavian neighbors when it comes to the sale of electric cars. But if the parties vying for votes in the nation’s parliamentary elections on April 14 have their way, that is going to change.

In the last year, 2,404 new electric cars were registered in Finland – a figured dwarfed by nearby Norway, where some 70,000 electric cars are buzzing along the nation’s highways. But modest though Finland’s numbers might appear, they represents a sharp uptick in electric vehicle ownership that began only a few years ago.

But politicians running for parliament are pushing for more. The platform of nearly every major party seeking a seat in the new Finnish parliament puts the world’s current climate troubles front and center. Candidates are looking to strip down the nation’s carbon emissions and the expanded use of electric cars is at the heart of their proposals.

Finland’s Social Democratic party has been leading the polls, and its platform favors outlawing the sale of vehicles running on traditional gasoline within a decade. The Social Democrats have also talked up forming a coalition with the Green Party – who for their part have framed the upcoming election as the last chance for Finland to make major advances to stem the effects of climate change.

In some ways, a pronounced push for more electric cars doesn’t represent a huge shift of course for the country, only a bit of fine tuning. Electric car owners in Finland are already accustomed to state perks. For instance, those who buy electric cars in the nation pay only a quarter of the tax they would have to pay for buying a car with an internal combustions engine. And for now until the end of 2021, electric car owners get an additional €2,000 kickback on the price of their cars directly from the government.

But it is here that the Social Democrats take issue. For them, the timetable to phase out internal combustion engines isn’t fast enough. While the current government proposes implementing a ban on traditionally fueled cars by 2045, the Social Democrats and the Greens say the sale of gas-powered engines should end by 2030.

To achieve this, the parties are proposing a combination of aggressive gas taxes and financial incentives to spur the conversion from fuel-powered cars to electric. The Social Democratic party has also published a budget that would see €10 billon pumped into electric car infrastructure. It is also advocating for all government and official vehicles to be emissions free.

This, say the parties, would put Finland in step with its more ambitious neighbors. Sweden intends to introduce a ban on internal combustion engines by the 2030. Norway’s ban will come sooner, in 2025.
But Finland is still confronting the same issue faced by other nations with big ambitions for the electric car — namely, where to charge up all those vehicles.

At present 42.2 percent of the electric cars in Finland are concentrated in the country’s south in and around Helsinki. Rapid charging stations – considered a must-have for robust electric car development – are a far rarer site in the country’s chilly northern reaches.

No matter what happens at the polls on April 14, Finland must respond to an ambitious EU directive, which aims to help solve those charging issues. Under the directive, which comes into force at the end of this year, Finland will be responsible for building 71,000 electric car charging stations by 2020.

The directive is sweeping, requiring that every fifth parking space in each new building be set aside for electric cars and supplied with a charger.
Much of this is already financed by the Finnish government. For the last three years, Helsinki has invested €4.8 million to build charging stations, which, when the funding runs out, will have tripled the number of public charge stations in the country.