BRUSSELS – Tomorrow, 31 May 2017, the European Commission will release its proposal for the revision of the so-called Eurovignette Directive, the EU electronic toll legislation which determines the parameters for what EU countries can charge trucks for their use of road infrastructures. If properly designed and implemented, the Eurovignette Directive can provide the long overdue stimulus for decarbonising road freight while tolls revenue can be re-invested to support our transition to zero-emissions-, and in particular electric mobility. 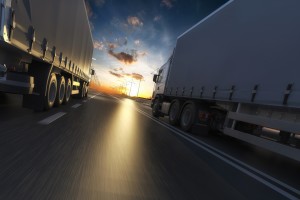 BRUSSELS – Tomorrow, 31 May 2017, the European Commission will release its proposal for the revision of the so-called Eurovignette Directive, the EU electronic toll legislation which determines the parameters for what EU countries can charge trucks for their use of road infrastructures. If properly designed and implemented, the Eurovignette Directive can provide the long overdue stimulus for decarbonising road freight while tolls revenue can be re-invested to support our transition to zero-emissions-, and in particular electric mobility.

The Commission has indicated possibility for the expansion of the Directive’s scope to cover additional vehicle categories beyond heavy duty vehicles (i.e. commercial passenger cars, such as buses and coaches, smaller vans, as well as private passenger cars). Failure to include these smaller vehicles within the directive’s scope risks creating distortion and perverse effects on the use of infrastructure.

Road charging on the basis of CO2 emissions

What is more, the Eurovignette proposal will determine whether EU countries charge vehicles for their use of road infrastructure on the basis of the number of days travelled (as is currently the case) or on the basis of kilometers travelled, as well as whether zero- and low-emission vehicles are granted a break on toll costs. Bellona strongly encourages the phase out of time-based systems, and their replacement with a distance-based tolling system whereby zero emission vehicles, such as pure battery electric vehicles, are granted exemption.

In its current form, the Eurovignette Directive only differentiates tolls on the basis of ‘Euro’ class indicator of vehicles’ air pollution impact. Reliance solely on the air pollution indicator, however, does not offer a sustainable solution in the long run as increasing numbers of vehicles will become ‘low air-pollution Euro 6 category’ compliant. This calls for the directive’s revision to incorporate CO2 as an additional criterion for differentiation of road tolls. This will also provide the much needed stimulus to cut ever growing road freight CO2 emissions. On a positive note, the Commission has confirmed its intention to include a CO­2 emissions component into its proposal, reflecting the ‘user pays’ and ‘polluter pays’ principles.

Another shortcoming of the existing Eurovignette Directive is that it sets an inadequate cap (an upper limit) on how much EU countries can charge a vehicle for certain external costs. Bellona urges more freedom to be granted to Member States in charging external costs on the basis of vehicles fuel economy and air pollution impacts. In its latest policy brief ‘Rethinking the cost of conventionally fueled road transport’ Bellona explores the heavy, yet unaccounted for human health costs from the fossil car industry, and finds that if these were to be paid by car makers themselves, we would see a doubling in ICE cars’ price tags.

If implemented correctly, tolls can have a positive impact on improving the logistic efficiency of freight transport, while at the same time encouraging the purchase of cleaner vehicles. Furthermore, tolls can be a large source of revenue for the public budget of a country, which in turn can be invested into electric recharging infrastructure deployment or another form of support to low carbon mobility. Member States are, however, granted the liberty to determine how the accumulated revenue is spent.

Currently trucks are responsible for 30% and growing share of total road transport CO2 emissions in the EU. Although freight fleets are outnumbered by passenger cars, they are a major source of oil demand (i.e. trucks consume, on average, up to ten times more fuel per kilometer and travel over ten times more than passenger cars).

The EU, however, still has no fuel economy standards in place for its heavy duty vehicles, while a number of countries, including the US, Canada, China and Japan have already fully enforced legislation to curb road freight emissions. Meeting the EU’s target of reducing CO2 emissions from transport by 60%, and completely eliminating the use of fossil fuels in cars by 2050, as well as retaining global temperature rise below 2°C will necessitate putting an end to this inaction. The differentiation of road charging based on trucks’ fuel efficiency is an important first step towards stimulating the production of cleaner, more efficient trucks.

The Platform for Electro-Mobility, a multi-stakeholder coalition across industries and transport modes of which Bellona is a founding member, has issued a joint statement laying out its key asks of the revision of the Eurovignette Directive.

Following its release tomorrow, the Commission’s proposal will be handed over to the European Parliament and Council for co-decision procedure.