The European Court of Human Rights wants some answers on how Russian determines which non-profits are “foreign agents” and how it defines “political activity” – two labels that have suffocated Russian civil society and forced the closure of dozens of internationally funded NGOs.

The European Court of Human Rights wants some answers on how Russian determines which non-profits are “foreign agents” and how it defines “political activity” – two labels that have suffocated Russian civil society and forced the closure of dozens of internationally funded NGOs.

How Russia will answer these questions is far from certain, but the demand is bound to force some clarifying debate on how the Kremlin goes about stifling dissent with the cudgel of its 2012 NGO law.

The law came into effect when Russian President Vladimir Putin was the focus of enormous public marches sparked by Kremlin assisted fraud in the 2011 Duma elections. Putin blamed the US State Department for stirring up the demonstrations, an outrageous charge, but it set the paranoid mood that’s characterized his 17 years of rule.

Under the NGO law, non-profits receiving any funding from abroad and engaged in fluidly defined “political activity” were forced to sign up with the Justice Ministry as “foreign agents,” or face crippling financial penalties. Despite the threat, almost no one did. 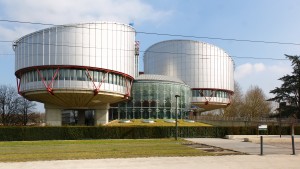 In 2015, the Kremlin gave the Justice Ministry the prerogative of discerning political activity on its own and putting NGOs on its foreign agent blacklist. The list swelled, and more than a third of non-profits operating in Russia shut their doors to escape devastating fines and prosecution.

Those who have held on and battled their foreign agent status through the courts, however, filed a suit with the European Court of Human Rights in Strasbourg, France, demanding that the Kremlin define its slippery terms.

The Strasbourg court agreed, and on March 29, it asked the Justice Ministry to describe how it goes about naming foreign agents and how it defines the fatal notion of political activity. Based on what it hears, it might ask Russia to strike down the law.

If the Justice Ministry responds – which it’s supposed to do by July 19 – the answers could be revealing.

According to the business daily Kommersant, the court is asking Russia to explain three things. First, it wants the Justice Ministry to determine whether its definitions of “foreign agent” and “political activity” are clear enough to be understood and enforced. Then it wants to know how much money would constitute “foreign financing” to non-profits that receive it. Further, it wants Russia to explain how it conceived of the law in the first place, specifically whether it’s “necessary to a democratic society” and if preventing political activity is such a good idea anyway.

Up to now, appeals by rights activists, most notably the Presidential Council on Human Rights and Civil Society, to pin down what the Kremlin thinks political activity is have only muddied the waters further, and the vagaries in enforcement have disproportionately fallen on environmental groups.

In March 2015, the Justice Ministry tagged Bellona Murmansk as a foreign agent over a report it wrote detailing industrial pollution in Northwest Russia. Earlier, the group Ecodefense was targeted for opposing the construction of a nuclear power plant in Kaliningrad. The plant was eventually abandoned, but the Justice Ministry said the group had meddled in government business.

In 2015, Sakhalin Environmental Watch was called a foreign agent for reposting a petition to Putin, which called on the president to protect the Arctic from oil spills, on its social media page.

More recently, the Justice Ministry has busied itself rooting out even the possibility of dissent. In January, the law shut down Environmental Rights Center Bellona because it operates a website on which opinions might be expressed.

The Justice Ministry’s answer would seem clear: political activity is not so much engaging in politics as it is seeming to have an opinion about politics, however benign or nonpolitical.

That might be embarrassing to admit to a court whose business is enforcing uniform principles of human rights among the European Convention’s signatories. But the Justice Ministry told Kommersant newspaper that it plans to say something.

Vladimir Slivyak of Ecodefense, which is the lead plaintiff in the suit, doesn’t expect the government’s explanations will amount to anything. But he did say that the suit itself has resulted Sakhalin Environmental Watch getting crossed off the blacklist.

“They just took them off to show that something good can happen with NGOs in Russia,” he said in an interview. “But it doesn’t change anything. Many dozens of NGOs remain on the list and are in serious trouble because they did human rights and environmental activities.”

“No decision by the European Court of Human Rights will have any influence on what happens in Russia,” he said. “Russia today is a country isolated from all European institutions.”

Kirill Korotev, one of the lawyers representing the NGOs before the court told Kommersant it was slightly unseemly that decisions and debates that should be taking place in Russia’s parliament are being aired in an international forum.

“Unfortunately, the European Court is on of the few places where Russian civil society can have a conversation with its government, although that conversation should be going on in parliament or in the media,” he said. “Russian institutes aren’t built for dialogue with authority, the don’t work and they are useless.”

As Putin runs for his fourth presidential term in 2018, the European Court might be the only place that dialogue is taking place.