Russia’s Justice Ministry has deployed another tactic to shut down NGOs it says aren’t in compliance with the foreign agent law: suing them in court and demanding their liquidation, opening a new front against Russia’s embattled non-profits, legal experts said Monday.

Published on February 15, 2016 by Charles Digges

Russia’s Justice Ministry has deployed another tactic to shut down NGOs it says aren’t in compliance with the foreign agent law: suing them in court and demanding their liquidation, opening a new front against Russia’s embattled non-profits, legal experts said Monday.

On Thursday, the Russian daily Vedomosti reported that the Supreme Court of the Republic of Tatarstan had upheld Justice Ministry requests to close Agora, a human rights and legal assistance organization that operates in 41 Russian regions.

According to Agora’s former chairman, Pavel Chikov, Agora is the first Russian NGO to be torpedoed by a lawsuit.

“Important! The Supreme Court of Tatarstan just liquidated Agora on the basis of a lawsuit from the Ministry of Justice,” he wrote in Russian late last week Twitter. “It’s the first liquidation decided by a court – we are very proud.” 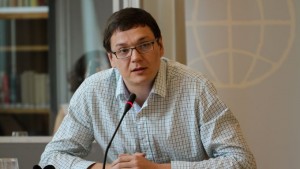 He added that the group plans to appeal the decision.

But about 24 hours after the Agora verdict was publicized, Russian media reported the Justice Ministry had filed suit in a Moscow for closure – this one  against Golos, the independent election monitoring NGO.

In both cases, Russian analysts have said the organizations were targeted for nickel and dime violations of the 2012 Law on NGOs gathered during unannounced sweeps by law enforcement.

For liquidation proceedings to be justified, Russia’s Constitutional Court determined last year that the Justice Department must prove a pattern of significant and repeated breaches of the law.

But Artem Alexeyev, director of the Environmental Rights Center (ERC) Bellona and a lawyer with the anti-corruption group Transparency International said the Agora and Golos suits seemed to lower the bar on the Constitutional Court’s ruling.

“We can say that the Justice Ministry bringing suits for liquidation of human rights NGOs is a new step in the battle against [Russia’s] third sector,” he said in an email interview.

Anita Sobolyov, a member of the Presidential Council on Human Rights and Civil Society agreed, saying offenses like anti-state or extremist activities would typically be considered grounds for liquidation.

She said the offenses compiled against Agora and Golos “could easily have been addressed and corrected.”

The foreign agent list now contains 114 NGOs, and the number of Russian non-profits has decreased by over a third since the law took effect four years ago.

Now, Bellona’s Alexeyev said it’s possible that “suits for liquidation for minor infractions will be applied not only to NGOs on the [Justice Ministry’s] list of foreign agents, but other NGOs for minor violations, like failing to deliver reports, or for violations of labor, sanitary or fire codes – I hope it doesn’t come to that.”

Golos and Agora – which were both forced onto the foreign agent list last year – seem to be a case in point.

Anyone can go down for ‘political activity’

In Agora’s case, said the paper, the Justice Ministry’s suit alleged that numerous violations emerged during a September inspection. Among them: conducting public meetings at inappropriate intervals, and posting its financial records – as required by law – on the internet without specifying they’d been compiled by was a “foreign agent.”

The group also was accused of conducting “political activity,” a term in the NGO law the Justice Ministry has recently tried – and failed – to clarify with a series of amendments. 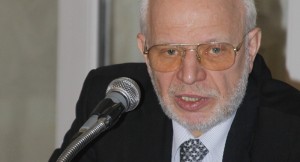 Mikhail Fedotov, head of the Presidential Council on Human Rights and Civil Society, said earlier this month that the Justice Ministry’s proposed amendments to the NGO law “make it such that any activity can be called political.”

The Council on Thursday filed a proposal suggesting that the term “political activity” as applied to NGOs be restricted solely to “a struggle for political power.”

Waiting for other shoes to drop

Meanwhile, other Russian NGOs are bracing for the fallout out of the Justice Ministry’s new bent for lawsuits.

Vladimir Slivyak, co-chair of Ecodefense, one of Russia’s oldest ecological and anti-nuclear groups and a Justice Ministry-designated foreign agent, said in an interview that he expected to feel the brunt of the new tactic.

His group was forced onto the foreign agent list in June 2014 when the Justice Ministry determined that its protests against the construction of a nuclear power plant in the Russian enclave of Kaliningrad were political activity.

The group has taken a two-pronged approach to dealing with the foreign agent label.

On the one hand, it continues to try to clear its name in court. On the other, it continues to refuse to voluntarily register as a foreign agent, and also refuses paying the fines levied against it – a strategy Slivyak said has ironically allowed the group to continue functioning without official interference, for now.

The approach, however, makes it especially vulnerable to a Justice Ministry lawsuit, Slivyak said.

“We understand very well that can happen to Ecodefense and other groups,” he said via email. “We must be prepared for this to happen anytime. It’s just a matter of time, I think.”