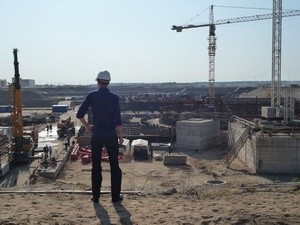 Especially astonishing is that Ecodefense also becomes the first environmental group in Russia to be named a foreign agent.

The group is the fifth in eight days to be designated a foreign agent, following a new law signed by President Vladimir Putin on June 4 giving the Justice Ministry the authority to declare NGOs to be foreign agents. The new law aims to ratchet up the stakes for NGOs, the overwhelming majority of which have refused to voluntarily register as foreign agents under the NGO law that took effect in November 2012.

That law stipulates that organizations operating in Russia receiving foreign funding and engaged in vaguely defined “political activity” register themselves under the loaded label of “foreign agents.”

All NGOs in Russia but one boycotted registering themselves under the moniker, which they said harkened back to the Stalinist purges and assigned them political motives they did not have.

Slivyak insists his group’s work, as an ecological organization, is apolitical by nature.

“Throughout its entire history, Ecodefense has made and continues to make decisions by a council consisting of Russian citizens, and never in the interests of any foreign entities,” wrote Slivyak on the groups Facebook page. “As a matter of principle, Ecodefense has never participated in politics, which we understand as efforts to gain access to political power.”

He told Bellona that the group’s budget is financed by European Union grants and by the support of numerous German foundations.

Sliyak told Bellona in an interview Monday evening that Justice Ministry officials had written him in their protocol designating Ecodefense as a foreign agent that by speaking out against the construction of the Baltic Nuclear Power Plant in the Russian enclave of Kaliningrad, the group was speaking against the government.

A protest mock-up of the Baltic NPP in Kaliningrad from 2010. (Bellona)

“Nuclear plants are a government plan,” Slivyak said paraphrasing the letter from the Justice Ministry. “And if you resist them, you are speaking against the government, and if so this is clearly political activity.”

Alexander Nikitin, Chairman of the Environment and Rights Center (ERC) Bellona in St. Petersburg said there was nothing surprising about Ecodefense’s forced induction onto the foreign agent list.

“We’ve seen over the past three week that that five organizations have been listed as foreign agents,” said Nikitin. “This has absolutely no relationship to the [NGO] law because no one has concretely defined what ‘political activity’ actually is – any NGO operating in Russia can be accused of this.”

Nikitin said that NGOs operating in Regions of Russia, like Kaliningrad, are especially susceptible to getting blackballed by the law because of local government worries about disturbances a steady flow of money spinners like nuclear power plants and oil terminals and pipelines.

“The foreign agent label gives local authorities the opportunity to always say ‘these people are agents,” said Nikitin. “And in the current political climate it is going to work.”

The Justice Ministry on Monday June 9 published “additions to the roster of foreign agents” on its official website (in Russian), which named five groups the ministry said it had court substantiation to name as foreign agents.

The Ministry site on Tuesday morning had not been updated to include Ecodefense’s name. A spokesman for the Justice Ministry, who refused to identify himself, told Bellona by phone that he was aware of the Ecodefense case, but refused further comment until “some protocols were signed.”

Presumably, this refers to an administrative protocol that Slivyak and Ecodefense’s co-director in the Russian enclave of Kaliningrad, Alexandra Korolyova, are being forced to sign on Friday.

The protocol, stipulates an administrative violation punishable by a $13,000 fine. Slivyak said he would sign the protocol but underscore that his group is not a foreign agent. The protocol will then be forwarded to a Kaliningrad court, said Slivyak, noting it was possible the group would be given a court date on Friday.

Kill them with court costs

He said the fines and coming court fees could be ruinous for the organization, which seems to be the aim of the new June 4 law signed by Putin. Where foreign agent registration was earlier voluntary, the new law is designed to forcibly tar NGOs as foreign agents and to let them bleed their resources dry in court proving otherwise.

In March 2013, Putin gave regional prosecutors, health inspectors, fire marshals, taxmen and other bureaucrats wielding the right levy fines unprecedented powers to raid NGOs out of frustration over how no NGOs had registered as foreign agents. These authorities swept across Russia demanding reams of paperwork, often with only a few hours notice, to determine whether or not groups fit the foreign agent category, or had run afoul of any building, tax or fire codes.

This push often led administrative fines for insignificant building or health code fines that were more onerous than those for not registering as foreign agents.

What most bedeviled Slivyak was that his organization has passed last year’s prosecutorial sweeps, and authorities found no evidence of characterizing the group as a foreign agent.

Two months after the the prosecutorial sweeps, construction at the Baltic NPP Ecodefense had campaigned against halted. It was not until that happened, Slivyak noted, that the Justice Ministry took an interest in the group. The building of Memorial, Russia’s oldest rights group, was defaced wiht graffiti reading ‘foreign agent’ in November 2012 when the initial NGO law came into effect. Memorial, too, is on the Justice Ministry’s foreign agent list. (Bellona)

Active since 1989, Ecodefense operates in Kaliningrad, Moscow and Yekaterinburg, and has vociferously campaigned against the import of nuclear waste into Russia, and other environmental risks like coal, oil drilling and industrial pollution. It has also spearheaded hundreds of public environmental education projects.

But Slivyak said the Justice Ministry was seeking “revenge” for the failure of the Baltic NPP, a project that was economically doomed and reviled by the local population.

In a wider statement on Facebook, Slivyak wrote that, “We regret the Russian authorities have opted to use this act of repression and we are prepared to protect our reputation in court if needed.”

Nikitin said no NGO was safe and that all are potential candidates for the foreign agent list.

“If the authorities so decide, no one is going to listen to our protests that we aren’t involved in ‘political activity,’’ he said. “They have nothing to lose and they’ll send us to court, and you can seach for justice in Russian courts your whole life and fail.”

He added that in the Russia’s current rise of fanactical patriotism that, “being called a foreign agent is a gravestone – any demonstrations you wish to have, any projects, they’ll all fail as the population looks on you as a foreign spy.”