The director of Bellona Murmansk, Andrey Zoltkov, Monday delivered numerous documents and answered questions put to him by the prosecutor of the Okyabrskaya Regional Prosecutor’s office of the city after being summoned to do so in a telephone call on Friday. 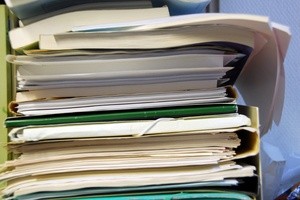 He said that the visit was tied to the new sweep of NGOs in Russia that began late last month, during which the offices of the Environment and Rights Center (ERC) Bellona were raided by various authorities. Dozens of other NGOs like Amnesty International, For Human Rights, Transparency International and the Moscow Helsinki Group, underwent similar unannounced raids. 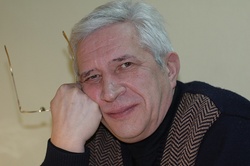 The vote monitoring group Golos is so far the only organization that has received an administrative indictment for failing to register as a foreign agent. Golos revealed wide-scale vote fraud in Russia’s December 2011 Duma elections, sparking months of enormous protests throughout the country.

But Monday, Zolotkov was keen to emphasize that relations with the prosecutor in Murmansk were “civilized.”

“The situation we are dealing with here in Murmansk and what is going on with ERC Bellona in St. Petersburg are night and day,” he said Monday. “We received an invitation to speak with the prosecutors, we were not raided.”

He said, however, that what happens next is “unpredictable.”

“Currently, I have no quarrel with how the prosecutor is handling things,” he said. He added that Bellona Murmank’s operations are entirely transparent and they are happy to furnish information requested.

But, he added that when Pisarenko asked him if Bellona Murmansk planned to register as a “foreign agent” under the new law insisting that NGOs receiving foreign funding and are engaged in vaguely defined “political activity,” Zolotkov replied that the organization was not.

“We are a Russian environmental organization comprised of Russian citizens and we are not engaged in politics,” he said in a Skype interview from Murmansk.

He added that Bellona Murmansk cooperated heavily with Russian state nuclear corporation Rosatom. “Would they associate with a group that they thought was a foreign agent?” he said.

Among the specific documents Zolotkov was asked to bring to the 40 minute conversation with Pisarenko were Bellona Murmansk’s charter; its accountings to the Ministry of Justice from 2010 through 2012; its sources of financing, including how much money the organization has received, from where, and how it was spent, and documents of transfers to Bellona Murmansk’s accounts.

Zolotkov said the documents were complied by Bellona Murmansk’s bookkeeper. “We delivered them everything they asked for,” said Zolotkov.

Pisarenko also asked several questions of Zolotkov about the general operating concept of the organization, what form its work takes and with whom it collaborates, and with what other civil society organizations it cooperates.

She also asked how often Bellona Murmansk was in contact with Bellona’s head office in Oslo, as well as its plans for future activities.

Pisarenko also had questions about Zolotkov’s political affiliations and his involvement with the opposition political party Yabloko.

Zolotkov told Pisarenko that he did not mix his affiliations with Yabloko with his work in the activities at Bellona Murmansk.

“I did not think the question [of my personal politics] was strange,” Zolotkov said in his interview. “Better to disclose it now then have them come back later and say I failed to inform them.”

He added further that Yabloko’s presence in Murmansk is very weak.

After her questions, said Zolotkov, Pisarenko gave him a one and a half page document, which he signed, attesting to the truth of his answers and verifying that he had read it through.

At the meeting’s conclusion, Pisarenko told Zolotkov that she would contact him again soon, and suggested that she and Zolotkov meet more frequently in the near future.

“I have no idea what this means,” said Zolotkov. “Maybe weekly, monthly, twice a year – it remains unclear.”

He also said he expected further contact with prosecutors.

“We delivered them many documents and during the short time we were at the office they were only able to leaf through them,” he said. “Perhaps they may have questions.”

Unclear how foreign agent law is being enforced

ERC Bellona is being given rougher handling by prosecutors in St. Petersburg. According to Nikolai Rybakov, ERC Bellona’s executive director, the organization is still awaiting word about whether it may be fined as much as $20,000 after the organization was raided by an array of authorities on March 20.

Zolotkov noted that the behavior of prosecutors in Murmansk “so far” is markedly different.

“I think there are questions as to how the law is supposed to be enforced and interpreted,” said Zolotkov. “It’s a new procedure for the prosecutors office and a new procedure for us, but so far, in Murmansk, we have not been subjected to any raids.”

Last Wednesday, Rybakov was asked to come to the prosecutors’ office in St. Petersburg for the second time in as many weeks to find out if a fine would be levied against his organization, but was again told that prosecutors were not ready to decide.

Rybakov said last Wednesday that he expects to visit prosecutors again this week.

Both ERC Bellona and Bellona Murmansk work with questions of envirnonmental and nuclear safety and clean up, industrial pollution, renewable energy, wind energy and questions of preseving the Arctic ecosystem.