Bellona’s office in St. Petersburg yesterday got a surprise look at how the Russian government plans to enforce its law requiring NGOs that receive foreign funding to register as “foreign agents” with an unannounced inspection from the general prosecutor and other authorities. 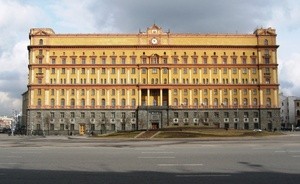 Alexander Nikitin, director of the Environment and Rights Center (ERC) Bellona in St. Petersburg, said dozens of other groups from various cities are also experiencing such surprise inspections.

The authorities that swooped on ERC Bellona yesterday were a strange array: a representative of the Prosecutor General’s office, two from the sanitary inspection and one from the fire department.

According to ERC Bellona’s local director, Nikolai Rybakov, the sanitary inspection representatives ­– who said they were there to check air quality and lighting – didn’t bring any instruments to conduct their checks.

The representative of the Prosecutor General’s office meanwhile checked bookshelves in search of so-called “extremist” literature. The fire inspector cited that the door to ERC Bellona’s conference room was too small.

ERC Bellona’s staff were then gathered by the inspectors and told they would have to furnish reams of documents on its activities to the prosecutor for the central district of St. Petersburg by Friday – even though the Russian Justice Ministry is already in possession of these documents. The vast majority of these requests seem to be ultimately trivial, by Rybakov’s accounting.

The checks are putatively part of a sweep on stamping out extremism, but Nikitin furnished documents showing that they are part of the government of President Vladimir Putin’s crackdown on NGOs that receive financing from abroad, which forces NGOs that are engaged in “political activity” to register with the Justice Ministry as “foreign agents.”

The new laws came into effect in November, and the majority of Russia’s NGOs that receive foreign funding boycotted registering themselves as foreign agents – a term that is pregnant with Stalin-era spy scares. Further, the Russian Justice Ministry complained to the Duma that it had been provided no guidelines on how NGOs could follow the law, going so far in January as to turn away those NGOs who did wish to register in line with the new statutes.

Despite the Justice Ministry’s complaints that it had neither the staff nor the legal instruments to enforce the law, Putin in a speech in February to the FSB, which echoed his December State of the Nation address, slammed down hard on foreign financing of organizations in Russia.

“Today we set procedures for NGOs in Russia, including those funded from abroad,” Putin told the FSB, according to press reports.  “These laws should certainly be fulfilled. Any direct or indirect interference in our internal affairs, any form of pressure on Russia, our allies and partners, is unacceptable.”

Nikitin said Putin’s order had been passed by the Prosecutor General to its representative offices throughout Russia.

NGOs had been holding their breath since then, left to wonder how the law would be enforced. Now, according to Nikitin, the tactics are coming into focus ­– endangering not only the future of ERC Bellona and Bellona’s Murmansk office, but thousands of other NGOs.

The Prosecutor General’s office in Moscow confirmed to RIA Novosti that a massive NGO inspection is indeed underway. The news agency quoted a press statement saying the inspections are being carried out in accordance with the legislation and includes public, religious and other non-profit organizations.

According to Nikitin at least 5,000 such surprise inspections are expected among St. Petersburg NGOs this month. ERC Bellona, he said, was at the top of the list.

He added that such inspections had also been carried out since the beginning of the month at NGO offices in Moscow, Penza, Samara, Rostov, Perm, Krasnodar, Volgograd and Saratov regions, encompassing some 13 regions across Russia.

And the checks, he said, involve not only the Prosecutor General, fire and sanitary inspectors, but also the Federal Security Service, or FSB, the KGB’s successor organization, the tax inspectorate, the Ministry of Interior, the Consumer Protection Service, Emergency Situations Ministry and other federal agencies.

While emphasizing that the future of NGOs in general and of ERC Bellona in particular is “unpredictable,” he said that there “is nothing surprising” in the current campaign of massive, invasive and time consuming inspections.

“You know, its like the famous quote from [Russian playwright Anton] Chekov: If you put a gun on the table in the first scene, it had better go off by the last,” he said. “To paraphrase that in the context of our circumstances, then it looks exactly like that – if the government has adopted a raft of laws against NGOs, they must make use of them.”

What the authorities demand of Bellona by Friday

The three-page document that the mobile inspection group left addressed to the head of ERC Bellona contains a vast list of documents the NGO will have to scramble to produce in just three days, by March 22. It cites a March 1, 2013 order by the St. Petersburg Prosecutor’s Office entitled “On creating a mobile group to verify compliance with the law on counteraction of extremism by public religious organizations, other non-for-profit organizations, including unregistered and religious organizations of destructive and radical orientation.”

The two dozen or so items on the roster span a seemingly all-inclusive range of documents from the organization’s charter, payroll, and management decisions, to a list of activities conducted in 2010 to 2013, including at educational, healthcare, and assisted living institutions, orphanages, and correctional facilities, to samples of published or distributed literature to bookkeeping records and bank statements. The last item on the alphabetized list, which covers most of the Russian 33 letters, simply states “other necessary documents.”

Some financial items requested have to do with funds or property including those “received from international or foreign organizations, foreign citizens and persons without citizenship.” One of the final items specifies “sources of funding and other property (from which organizations (from which private individuals), their state affiliation, for which activities the funds were primarily allocated, the total amount of incoming funds in the organization for 2010 to 2012), reports and documents on expenditure of funding and on the use of other property received from foreign sources.”

“A prosecutorial inspection is different from one by the Ministry of Justice. The [justice ministry] has its own instructions, and the prosecutors, their own, ‘broader’ ones. And technically, prosecutors can ask any organization for any documents,” said ERC Bellona’s executive director  Rybakov.

He added that nonetheless it was “odd that they would check our organization placing it within the same category as religious organizations, and in the context of ‘counteraction of extremism’ at that, though they did check my office and no extremist literature or symbols were found.”

As a possible example of what appears to be a broad mandate for an inquiry, a sanitary and epidemiological service specialist on the inspection team asked during the unannounced visit if ERC employees had regular chest X-rays. This, in Rybakov’s view, was “strange for such an inspection.”

“In my opinion, it would indeed be more advisable for the law enforcement agencies to ensure compliance with the law by government authorities, rather than strenuously inspect NGOs,” Rybakov said.

One more item on the list of requested documents (and strangely lumped together in one paragraph with “legal grounds for claim to the premises occupied”) is also for “awards (honorary titles, medals, and certificates of merit) and other forms of encouragement for personal or collective achievements.”

Rybakov said ERC Bellona would be happy to oblige.

The three-page document also states that all the required documents must be provided to the assistant prosecutor for Petrodvortsovy District , which is a suburban area and a jurisdiction quite far from the centrally located offices of ERC Bellona.

This would indicate, says Rybakov, that authorities in the city “are short-handed to conduct all the inspections.”

According to Rybakov, this surprise visit notwithstanding, ERC Bellona expects a regular justice ministry check at the end of the year. Using an organization’s taxpayer number, one can find information on planned inspections via an interactive inspections plan (in Russian), which – though the inspections will be by the justice ministry – is posted on the website of the St. Petersburg Prosecutor’s Office. ERC Bellona is scheduled for this regular inspection for December 3 this year.

Niktin said the waiting period that took about what will happen to NGOs that was in doubt when the law took effect in November is now over. The mobile inspection units have been formed and NGOs – especially those receiving foreign funding ­– will now be burdened with fulfilling absurd snap demands by authorities and their work will be slowed.

“I don’t know why Bellona was chosen first for inspections in St. Petersburg ­– maybe they are going alphabetically,” said Nikitin, wryly. But he complained that the inspection should not have taken place without warning – as happens with suspected criminal organizations.

“It is unacceptable that the authorities are demanding in the course of three days that we produce hundreds of documents about ERC Bellona’s about our activities for the past three years,” said Nikitin. “This is a huge amount of work.”

He said that at the same time that if the authorities have any complaints that ERC Bellona has not presented sufficient documentation, it could appeal that it was not given enough time.

“But will this justification be of any help?” he said.

Nikitin said that all now not only hinged on the results of the surprise inspection, but on what the orders from the top will be.

“We will fight in the courts to the end to insist that we are not ‘foreign agents’ because we understand that the status of ‘agent’ will strike out many of our possibilities and stop work on many of our programs in many directions,” Nikitin said. “We need to decide how our office will function – or not function – in St. Petersburg. Everything is up in the air.”

Maria Kaminskaya contributed to this report.