Russia’s Ministry of Justice, in another crackdown on foreign-funded nonprofits, has ordered the closure of an indigenous peoples’ non-governmental organization that receives funding from numerous international entities and is a represented in the international Arctic Council and plays a role in a host of other global entities, Bellona has learned.

Published on November 15, 2012 by Charles Digges 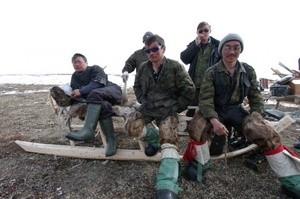 The organization, RAIPON, or the Russian Association of Indigenous Peoples of the North, Siberia and Far East, plays a central role in international cooperation among indigenous peoples and other Arctic states, and is an important link in the United Nations toward advancing that end.

The 22-year-old organization represents the interests of 41 indigenous groups representing approximately 250,000 people and 34 regional and ethnic organizations. The peoples it represents are spread over some 60 percent of the territory of Russia from Murmansk to Kamchatka.

The group’s leaders have expressed in press reports their befuddlement as to why they have been singled out for closure by Russia’s Justice Ministry.

RAIPON’s leaders have also sent a letter of appeal to President Vladimir Putin and Prime Minister Dmitry Medvedev asking that they intervene and prevent their shutdow, the Artika-Info  Russian news agency reported.

At both a workshop of the Arctic NGO Forum on Monday and Tuesday, and a meeting of the Arctic Council held Wednesday, the unilateral closure by Russia of RAIPON by Russia’s Justice Ministry was a topic of fierce discussion.

Sigurd Enge, an advisor with Bellona and a member of the Arctic NGO Forum, who attended the Forum’s workshop prior to the Arctic Council meeting, said that Russia does not have the right to unilaterally kick out or remove RAIPON, as its removal would require the consent of the Arctic Council’s seven other member states.

The Arctic NGO Forum drafted a November 14 dated letter – obtained by Bellona – to the Arctic Council protesting the closure of RAIPON, saying,  “We are concerned to learn of the Russian Ministry of Justice’s recent suspension of the legal status of RAIPON […] the official organization representing Russia’s Arctic indigenous peoples. The letter itself is still in draft form, and its wording was heavily discussed during the forum. The official version of the letter has yet to be released, as all participants of the forum must agree on its final content, which they have not done yet.

“RAIPON has a long and respected history as a Permanent Participant in the Arctic Council,” continues the letter in its draft form.

“We believe that the action of the Ministry of Justice to suspend RAIPON’s legal status may have the unintended consequence of threatening the integrity of the processes of the Arctic Council,” the letter concluds, in its current form.

Indeed, the organization’s international ties are powerful and formidable.

Many members of RAIPON’s presidium, further, are members of the Russian government’s Public Chamber, as well as of the United Nations Expert Mechanism on indigenous rights, the UN Permanent Forum on Indigenous Issues, and the UN Working Group on human rights and transnational corporations.

Enge said the Arctic NGO Forum’s letter has not yet officially been sent to the Arctic Council, as all forum members have yet to review and sign it, given that it was only drafted yesterday.

At present, Enge said that Bellona is “very concerned with the recent developments surrounding RAIPON,” and “hopes their legal status will be expeditiously resolved.”

The move against RAIPON comes at a time when Russia’s President Vladimir Putin earlier this week promised his newly formed human rights council that he would review the controversial law on NGOs that receive foreign funding passed this summer at the beginning of his third term, requiring them to register as “foreign agents” with Russia’s Justice Ministry, and undergo biannual audits of their activities.

The NGO law has severely tightened the screws on foreign funded nonprofits, even though it has yet to enter into legal force, and thus far has seen the ouster of the US Agency for International Development (USAID) on October 1, which supported the work of dozens of civil society organizations in Russia.

RAIPON, according to Bellona’s Enge, has for two years been the target of Justice Ministry efforts to shut it down as the Ministry tried to enforce many of the previous laws squeezing NGOs that took effect during Putin’s first two terms as president.

For it’s part, RAIPON has reportedly made several attempts bring its statutes into line with the Justice Ministry’s growing list of requirements for NGOs.

The attempts have not met with success, however, according to the Barents Observer news portal, because they did not receive sufficient authorization by RAIPON’s member organizations.

RAIPON has twice been to court, reported the news portal, to dispute ministry decisions to shut it down. RAIPON intends to appeal these verdicts, its deputy head, Pavel Sulyandzigi, said, according to the Barents Observer, and the organization is reaching out to its international partners for help.

This, said Enge, is hopefully where the draft letter from the Artic NGO Forum and its broad international support can be of help.

Initially established with funding from the European Commission Directorate General for the Environment,

in 2011, the Arctic NGO Forum’s mandate is to provide a consistent method for NGOs concerned with Arctic environmental issues to meet, exchange ideas and perspectives and provide advice to the global Arctic community.

The forum meets twice yearly. Its meeting earlier this week in Haparanda, northern Sweden, was to focus on petroleum activities in the Artic. The forum is coordinated by other powerful international bodies such as the United Nations Environmental Programs’s GRID Arendal.

Were did RAIPON’s relations to Moscow sour?

RAIPON deputy head Sulyandzigi told the Barents Observer that it remained a mystery to him as to why the organization has drawn criticism from Moscow.

He told the portal that its relationships with federal authorities had, from his perspective, always been good. Russia’s new Law on the Arctic, which is currently in the draft stage, is likewise expected to take great pains to highlight and enshrine the rights of indigenous peoples.

Norway’s Minister of Foreign Affairs Espen Barth Eide expressed hope that the situation with RAIPON would ultimately will be resolved from the Russian side.

At the same time, he underscored that that the involvement of indigenous peoples is a key pillar in Arctic cooperation that is “impossible to remove.”