Published on September 27, 2007 by Charles Digges 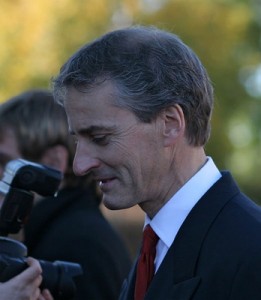 Støre and Russian Foreign Minister Sergei Lavrov were attending a meeting of the General Assembly of the United Nations in New York.

Støre – who has been following developments in Russia since the new Russia law on non-governmental organisations (NGOs) was passed in 2006 – told Lavrov that he wanted Russian authorities to examine the matter closely and requested that Lavrov give him a progress report by their next meeting, said Aftenposten, Norway’s national daily.

Bellona has vehemently protested the bogus allegations of registration authorities, who now oversee Russia’s NGO’s in the wake of last year’s stifling new laws regulating the organisations, and has official appealed to the government body. Consulates, other NGOs and the diplomatic community have come to the aid of ERC Bellona, Bellona’s independent St. Petersburg-based branch.

Bogus allegations against Bellona draw diplomatic response
Russian authorities have accused ERC Bellona of not paying taxes on donations it received from the British and Dutch consulates for its training programme for environmental journalists. A condition of the sponsorship agreement – which is a common practice in the diplomatic community – was that Bellona acknowledge in media descriptions of the supported programme that the two consulates are sponsors.

For this, Russian authorities illegally determined that ERC owed tax on the sponsorship money for “advertising” for the diplomatic missions of Great Britain and the Netherlands. The General Consulate of the Netherlands has written to Russian authorities specifying that consulates in general don’t advertise, and that their contribution to the Bellona programme is not taxable under Russian law.

Media coverage heats up
The unfounded allegations against ERC Bellona have also been hotly discussed in Norwegian media, and Aftenposten devoted considerable space on September 20th in it’s op-ed column to a piece authored by Bellona staff describing the strangling new effects of Russia’s NGO law.

Among the assertions made by the organisation in Aftenposten were that the new law and its onerous accounting and reporting requirements guarantee that most NGOs will be driven off the political landscape for lack of resources to keep up with the new bureaucracy.

“It has been established that the new reporting system (under the new NGO law) will cost volunteer organisations in Russia some 6.9 billion roubles ($230m) a year. This is money the organisations neither have nor would have been in any condition to use for any socially useful purpose,” Bellona wrote in Aftenposten.

NGO law a preemptive strike to protect the political elite
And this, say Bellona and other NGO’s operating in Russia, is very much the point. ERC Bellona is not alone among such organisations that have fallen under the scrutiny of so-called “spot checks” by Russian registration authorities in part of a new push to purge such organisations from Russia before the upcoming parliamentary and presidential elections.

Bellona asserted in Aftenposten that Ukraine’s Orange Revolution of 2005, which overturned a presidential electing rigged by Moscow with the help of NGOs that work with foreign support.

“The Orange Revolution around the 2005 elections in Ukraine (which overturned a presidential election that was rigged to favor Moscow’s preferred candidate) were frightening for the authorities in Russia, and they are making a preemptive strike,” wrote Bellona.

“International financial support was important to the Orange Revolution, and to avoid an analogous Russian revolution, the powers that be are prepared to do anything”

Støre tells Lavrov he is following case ‘with interest’
As a result of the Aftenposten publication, Støre addressed the issue with Lavrov at a side meeting at the UN General Assembly on Wednesday, Aftenposten reported.

“There were questions and disquiet when the new NGO legislation took effect last year. The question was would this lead to difficult relations for NGOs. I took this up and said that I will follow this with interest because cooperation between voluntary organisations is a part of people-to-people cooperation,” said Støre.

Støre broached the subject with Lavrov.

“We are observing significant uneasiness from one of our leading non-governmental organisations that works with the environment,” said Støre on his meeting with Lavrov.

“Lavrov has said he is not familiar with the case but will acquaint himself more closely with it, and will come back to it when we meet again,” said Støre, though Aftenposten did not report when this meeting would be.

ERC Bellona’s chairman Alexander Nikitin has said that 70 to 80 percent of Russia’s 500,000 non-governmental organisations stand to be closed by the new NGO laws in the foreseeable future.