ST. PETERSBURG/OSLO—In a widely expected move, the Russian State Duma on Wednesday adopted on second reading a controversial bill that threatens to widely curtail the activities of non-governmental organisations (NGOs) and civil society groups by forcing them to register with the government.

Published on December 21, 2005 by Charles Digges 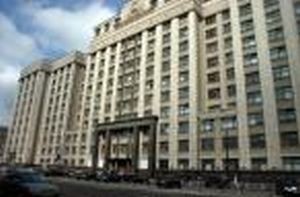 Bellona has condemned this legislative project on these pages as being geared toward mowing down independent civil society movements and democratically minded NGOs in the new and more closed Russia of President Vladimir Putin, which has made apparent its plans for a power vertical wherein all aspects of politics, human rights, and environmentalism will toe the Kremlin line.

There were suggestions tabled that the bills second reading be postponed, Gazeta.ru reported, but Sergei Popov, who heads the Dumas NGO and Regional Organizations Committee said the bill was ready to go for the reading after the committees mark-up, though its final form is not yet known.

As promised, the committee delivered a set of amendments that would fend off western criticism—the most vociferous Moscow has receiving after joining the war on terrorism post 9/11—but are also is slick enough in their wording to lend themselves to the cause of fostering civil society or demolishing it.

The bill passed the reading in the Kremlin-loyalist Edinaya Rossiya or Unity Russia dominated Duma by a vote of 376 to 10. It was in fact the United Russia—created by the Kremlin as a powerful pro-Putin party in 2001—that drafted the bill.

The bill also carried with it in its reading today a list of amendments that could be construed as an effort by the Kremlin to weed out organisations it finds distasteful to its politics, thus quashing civil debate and rolling back the clock on Russias eternally incipient democratic experiment.

Todays reading was crucial, as the second reading of a bill in Russias Duma sets in cement all the amendments that will accompany it to its third and final reading before it is sent to the Federation Council, the Russian Parliaments upper house. Since Putin took power in 2000, the Federation Council serves more a rubber stamp function before bills is signed into law by the president and rarely wrangle with the lower house.

Is the bill intentionally vague?
The bill was carefully crafted to lend itself to a dual reading. At first glance, the bill and the amendments to it that Russian legislators debated today do not outright smash the countrys civil society movement. Much of what is contained in the amendments will doubtless give the West a sigh of relief on first reading.

According to Popov, the bill was extensively reworked before the second reading and much of what gave shutter to the West was pulled out. Speaking to the partly-state controlled Gazeta,ru, Popov said the amendments were made with the consideration of Putin, the Pubic Chamber—which has opposed the bill vehemently—and representatives of foreign and domestic NGOs.

Popov also promised that existing NGOs would not have to go through a re-registration process—but he said noting of those NGOs that were never registered to begin with.

He also said that branches and representative groups of foreign NGOs operating in Russia would have only to inform the government about their activities and financial situations.

Even former USSR President Mikhail Gorbachev, who has been critical of Putins regime—and also runs his own NGO, the Gorbachev Fund—even offered parts of the bill lukewarm support. He said that the Duma should be in no hurry to adopt the law, but supported some of its key measures.

Taking into account the reaction of the public and the position of the president, all must be done in order that this law enables the decision of two issues. The first was put forth by the president—that NGOs not be used as levers of political pressure from abroad on Russias internal politics,Gorbavhev told reporters.

On the other hand, a law must be adopted which not only doesnt hinder the work of NGOs, but would help, putting their activities on a solid legal base.

But Gorbachev said that the law, especially as it relates to his second point, is not yet thought through thoroughly enough. On December 2nd, Gorbachev sent Duma Speaker Boris Gryzlov a letter requesting that on the strength, significance and interest of society do not to force the acceptances of the law on NGOs.

And as it turns out, the situation for foreign NGOs and domestic NGOs that receive international funding is not as simple as Popov spelled out to Gazeta.ru.

Slippery slopes and silver tongues
The bill is shrewdly worded so that it can be widely interpreted by legislators and the Kremlin, giving them and the new government body that will register and monitor Russian and foreign NGOs sweeping and vague powers to eliminate perceived enemies.

For instance, the fuzzy formulation of the bill was as easily attuned to jingoistic outbursts from Deputy Duma Speaker Lyubov Sliska as it was to Gorbachevs call for measure and hesitation.

We need to guarantee the stability and intergrity of the government, and not go the way of certain countries that dissolved at the hands of international organizations, said Sliska during todays session.

Foreign NGOs and funding from abroad for domestic NGOs
As initially envisioned, the bill was brought before the Duma as a measure to eliminate supposed money laundering among foreign and domestic NGOs and strangle efforts by foreign NGOs to interfere in Russian internal politics or foster terrorism.

In early discussions it was thought the bill would eliminate the participation of foreign NGOs in Russia altogether.

But in todays reading, foreign NGOs managed to dodge that bullet, but will be subject to strict registration requirements and at least annual state audits of funding they receive from abroad and will be expected to account for how that money is spent.

However, no one regulates the state authorities activities, said Lev Levinson, an expert at the Human Rights Institute, an NGO, at a news conference Wednesday. And no one is likely to be proposed, given that this is the second reading of the bill.

For instance, pursuant to the second edition of Popovs amendments, organizations receiving foreign funding will have to inform the federal bodies of state registration about the sum of money received by them from international and foreign organizations, foreign citizens, and people without citizenship in Russia, the purposes for which the money will be spent and a factual accounting of the money in and its expenditure by deadlines established by the Russian government. This also applies for branches of foreign NGOs.

The registration process summed up
Russian social organisations will not be required to register with the Russian government, which, according to Popov, is one of the original requirements that got pitched during the amendment process. Furthermore, Russian citizens, foreign citizens and people without Russian citizenship can be founders of and participants in the work of NGOs, according to the bill and amendments that were passed today.

However the amendment is worded in such a way that it is made clear that if a domestic NGO wishes to have a bank account in which to receive foreign or domestic donations, it must register with the authorities. That being the case, they will likely be almost as closely scrutinised financially as their foreign counterparts.

Foreign NGOs, however, will have it tougher when it comes to registration.

Foreign NGOs by-laws, which they will be required to submit to the government, will be carefully scrutinised in order that they not conflict with Russian internal policy. These groups can also be refused registration if their name insults the morality, national and religious feelings of citizens.

Yet Who will decide whether an organizations name is offensive or not—the bill does not specify any authority.

According to that version of the bill that was reviewed today, foreign NGOs will have six months to comply with these mandates once the bill becomes law. If they fail to satisfy the requirements of authorities they will, in the words of the bill, be liquidated.

Charles Digges reported from Oslo and Vera Ponomareva reported from St. Petereburg. Updates to this story are forthcoming. Stay tuned to Bellona Web.