Law and disorder in Russia

Ten years have passed since Alexander Nikitin was acquitted charges of treason and espionage by the Russian Supreme Court, which could have landed him in a jail cell for 20 years if not earned him the death penalty. But for the confusion of those years in Russia, Nikitin believes that he would not have been acquitted of the same charges, however innocent he was, in Russia today. Nikitin here tells of the events that took four years, eleven months and eight days.

Published on June 13, 2010 by Alexander Nikitin, translated by Charles Digges 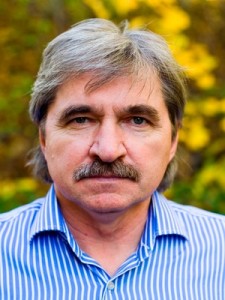 I was arrested very early on the morning of February 6th 1996. It read like a page from Stalin’s Russia. Someone rang the door and ordered me to come to an interrogation by the FSB, the Russian intelligence service (and the successor to the KGB). They said that I not need to take anything with me and my family should not worry because I would soon come home again.

But I did not come home. Instead I found myself in a jail cell. The FSB’s accusations against me turned out to be very serious: high treason and espionage. I was at risk for the death penalty. The reason for the charges was my contribution to a Bellona report on sources of radioactive contamination in the Russian Northern Fleet. I had previously worked as a captain in the Northern Fleet, and was a nuclear safety inspector –  and could therefore provide Bellona’s work in documenting these contaminated sites with much  relevant information I thought the public was entitled to know.

I spent three months in custody before I got a lawyer. My lawyer, Yury Schmidt, refused to sign documents provided him by the FSB that he had necessary security clearance to take the case, as no such documents are required by the Russian Constitution. The FSB responded by not allowing him access to my case. In short, the situation was uncertain and threatening

Winter in the dark

It is not important what I did or felt in this situation. But I could not understand what I was guilty of, and were I guilty, what I was guilty of. At first, I clung to the idea that someone would suddenly open the door and say, “You must excuse us, we were wrong, you’re a free man.” But day after day passed and no one said a word to me.

The cell was furnished with three old, dirty mattresses of cotton wool. The heavy narrow metal door slammed hard again each time I was taken back to the cell. The door had a slot in it through which we were served prison rations. That winter was particularly cold in St. Petersburg. This was February: the window in the cell was broken, the heater did not work, the water in the tap was freezing. The newspapers that we tried to close the windows with  did not help much. The depression did not make the situation any better, nor did the daily questioning, where I was told that Yury Schmidt had still not been allowed to take my case, in which case, I was told I would have to take a lawyer recommended to my by the FSB. All of this affected me deeply. What was I to do?

Four and a half years of struggle

In April came the thaw. The Constitutional Court of Russia gave Schmidt permission to take my case. Hopes of a quick trial and acquittal stirred, but thing went differently. It would take until September 13th 2000 for a full acquittal to come. The Nikitin Case went through a dozen courts in St. Petersburg, then the Supreme Court and finally the Presidium of the Supreme Court in Moscow.

On December 29th 1999 I was first acquitted by the City Court of St. Petersburg. Bellona held a New Year’s Eve party in St. Petersburg to mark the acquittal and simultaneously make the beginning of a new millennium: that same day, Russian President Boris Yeltsin stepped down and presented his job to an unknown young man with an extensive history in the FSB, Vladimir Putin.

An increasing number of ‘spy cases’

In the past 10 years I have many times thanked my lucky stars for being able to throw myself onto the last train carriage leaving the liberalism of 20th Century Russia.

When Putin ascended to power, one of the FSB’s most important tasks was to initiate “spy cases” against academics, journalists, scientists, diplomats and business people. Not a single spy trial since the Nikitin Case has ended in a full acquittal. But I realise I could easily have ended up like researcher Igor Sutyagin, another case involving nuclear issues. He was sentenced to 15 years in prison, even though he was convicted only six months after I was acquitted. Already,the new politics of Putin and the FSB were being felt.

Seventy five inmates in Russian prisons hold the status of “political prisoners.” During the last official meeting between the United States and Russia, the US side named prisoners that should be set free. One of them was Sutyagin. Even Norwegian researchers, such as Eiliv Larsen, have been accused of espionage and declared personae non grata in Russia.

We in Bellona, like much of Russia’s population, were probably very naïve when we began work on Russia’s nuclear issues 15 years ago. Now, we are just as disappointed now that we were naive then. We thought that Russia would develop into an open democracy with respect for human rights. But we were wrong. All the “political” trials of social enemies such as researchers and members of opposition movements bear witness to this. The case against Mikhail Khodorkovsky, former owner of Russia’s YUKOS oil giant, is currently underway. This case and others that are not know in Norway are glaring examples of the oppression that affects all who are opponents of the Kremlin.

Oppression, corruption and indifference to the law are the means of power used in Russia today. The development of the country over the past 10 years gone the wrong way. Ten years is a drop in the bucket of world history. I urge Norwegian and, indeed, world politicians, the people and all others who believe in the rule of law and democracy to take every opportunity to set Russia back on the right track.

This feature was published in the Norwegian daily Dagbladet on June 14th 2010.

On Wednesday, June 16th Bellona will be holding its Nikitin Symposium “Ten Years Since the Nikitin Case – Where is Russia Heading Now?” at the House of Literature in Oslo. The Symposium is free and open to all. Read more about the programme of events and sign up to attend here. Notice: The registration deadline is Monday, June 14th. Extra spaces may be available Tuesday, Jun 15th.