The Supreme Court reaffirmed the decision to acquit Aleksandr Nikitin of all charges. This is hopefully the final victory of the more than four year long battle for Nikitin, his supporters and the Russian legal system. 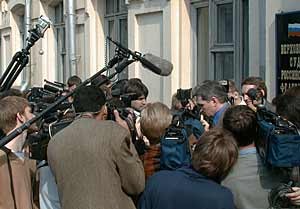 
The case is, however, most likely over. Aleksandr is no longer the Nikitin case, but himself, a free Russian citizen, looking forward to do what he is best at: to work for nuclear safety in his country.


Interrogations, 10 months in custody, eight sets of espionage charges, retroactive secret laws, in and out of court rooms, harassment, surveillance – it is all over, it is history. 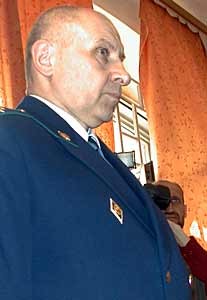 When the case was to be heard in the Supreme Court in Moscow on March 29, a representative of the General Prosecutor turned up in the courtroom, stating that he wanted to take part in the proceedings. He gave no comments on why the Prosecutor General Office wanted to participate. The Supreme Court judges granted his request to postpone the hearing.


Today, only the representative of the Prosecutor General Office was present in the court room. Our long-term acquaintance, St. Petersburg prosecutor Aleksandr Gutsan, was apparently not admitted. The Moscow prosecutor stunned the defence team when demanding the case be sent back to the Russian Security Police, FSB, for additional investigation. His arguments rested on the assumption that the previous investigation, and consequently the indictment, did not properly cater to Nikitin’s rights. To correct this “malfunction” in the Russian legal system, the prosecutor requested, among other things, to have a translation of Jane’s Fighting Ships made, to perform a “linguistic” analysis of the Law on State Secrets, and finally to make the charges more specific. The merits of the protest, however, remained the same: the secret and retroactive normative acts were still to be the basis for the persecution. 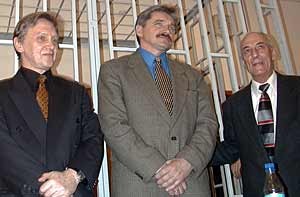 The (former) Nikitin Case started on October 5, 1995. Agents from Russias Security Police broke into the Bellona office in Murmansk at the Kola Peninsula, where ageing nuclear submarines are rusting at the neighbouring naval bases. The agents confiscated almost everything from the office, including computers, background (and duly published) material, and all of Bellona’s and Nikitin’s writings about the radiation hazards posed by the Northern Fleet submarines and run-down nuclear waste storage sites. The FSB claimed the material constituted state secrets.


Four months later, in the early morning of February 6, 1996, other FSB agents came to Aleksandr Nikitins apartment in St. Petersburg. He was arrested and kept jailed in the basement of the former KGB prison at Liteyny Prospekt in St. Petersburg for ten months. He was then released on bail, although still under city arrest, while the FSB fussed around with the law, constructing convenient secret decrees together with various departments of the Ministry of Defence, in an attempt to prove Nikitin guilty of espionage.


But the FSB failed, not only because the Russian court system refused to accept the FSBs perception of justice but mainly because there was no crime.

Aleksandr: FSB is our security problem 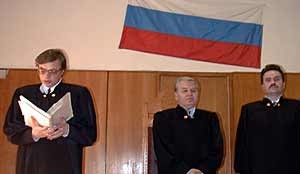 Of course there was no crime, the Bellona report just describes one of the main environmental challenges in Russia. Information about nuclear hazards, waste and accidents onboard nuclear submarines, is no threat to national security. It is the nuclear problems themselves that constitute a threat to Russia, said Aleksandr Nikitin, adding that in this case it is the FSB that has worked against the national security of Russia, by trying to declare the Northern Fleet report secret. Bellona, on the other hand, has worked in favour of Russias national security interests, by trying to solve the environmental problems.


Walking out of the Supreme Court in Moscow, just some few blocks away from the Kremlin, Nikitin had to answer a lot of questions from Russian and international media. The main question was Aleksandr, what will you do now?


“Presently? – I’ll have some vodka,” said a thoroughly smiling Aleksandr Nikitin. In the longer term, I’ll continue to work with my colleagues in Bellona, continue the work for safe handling of the radioactive waste stored in the Murmansk area. We also have to work to support other environmentalists in Russia, who are facing FSB trouble-makers, said Nikitin.


Some journalists wanted to know if he really thinks this is the final end to the case, emphasising the power of the FSB and the fact that a former FSB agent and later boss, Vladimir Putin, was elected Russian President just three weeks ago. “Will there be any new harassment from the FSB against you?”


No, thats unlikely, the Supreme Court decision to turn down the appeal filed by the prosecutor is built on solid rock: the Russian Constitution and the facts of the ‘case’. The FSB must accept this. But still, I have experienced so many negative surprises during the four years the case has been going on, that my answer is that we have to see what time brings, said Aleksandr Nikitin.


“Of course,” he continued, “the prosecution may still appeal to the Supreme Court Presidium – that’s both their prerogative and their possible ultimate stupidity. How high do they really want to pull their own humiliation?” 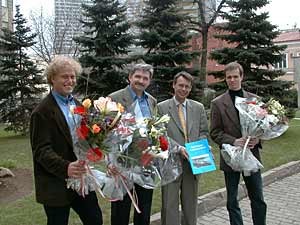 Victory for the Russian legal system

“The court turned down all the arguments from the prosecution today, leaving the acquittal verdict reached by the St. Petersburg City Court intact,” said Jon Gauslaa, legal advisor of Bellona. “This is very promising for the independence of the Russian court system,” he added.


The prosecution went as far as to change their demand in the appeal from sending the case back to the St. Petersburg City Court for re-evaluation by another judge, to sending the whole case back to the FSB for renewed investigation. “They justified their move saying they wanted to secure the rights of Nikitin are duly observed,” Gauslaa said, “but even such a ‘righteous’ ground would not have any impact on the judges’ decision.”

“As exciting as fighting the former KGB has been, we now look forward to do what we really are here for,” said Frederic Hauge, President of the Bellona Foundation. “This Supreme Court decision firmly declares that it is fully legal to work with the issues of environmental safety in Russia. Since 1995, the FSB has reputed this basic necessity of human survival. Now, the Bellona Foundation looks forward to resuming our environmental work in full scale, rather than being guardians of human rights issues,” added Hauge.