Lawyers for environmental whistleblower and former military journalist Grigory Pasko received yet another rejection to an appeal that the case be considered by Russias Supreme Court and that his conviction, after his January release on parole, be overturned.

Published on September 8, 2003 by Rashid Alimov 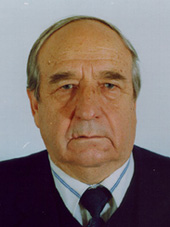 Paskos lawyers last week received an eight-line reply to a so-called supervisory appeal they had sent to the Russian Supreme Court in April. The reply was signed by Deputy Justice Anatoly Merkushov, who has sat on the Supreme Courts bench since 1962.

The defences appeal, sent in April, was a request to the Supreme Court to review its repeated rejections to review supervisory appeals filed with the court in late 2002 and 2003.

Regarding this latest—and thirdappeal to the Supreme Court, Paskos defence lawyers had been expecting a reply from the Supreme Courts Chief Justice Vyacheslav Lebedev. Instead it was Merkushov, who, after months, penned a reply so short that it rankled Ivan Pavlov, Paskos chief defence counsel. Pavlov is also the director of the Environmental Rights Centre Bellona, or ERC Bellona, which is the Bellona Foundations branch office in St. Petersburg, Russia.

Weve been waiting for four months for an answer from the Supreme Court, which is obviously too long for such a short, dismissive reply, said Pavlov in an interview.

Numerous Appeals to Clear Paskos Name
Paskos defence team has been fighting before and since his parole in January 2003 to have his conviction overturned and his name cleared. Paskos defence has also sent a complaint to the European Human Rights Court in Strasbourg in December, and further addenda were sent in July. More are currently being prepared.

The first so-called supervisory appeal was filed to Lebedev in December 2002. The court, however, rejected to take the supervisory appeal for review in a letter signed by the head of the Supreme Courts Military Collegium, Deputy Justice Mikhail Petukhov.

Following Paskos release on parole on January 23rd 2003, his defence team filed a new appeal to overturn the conviction to the Supreme Courts Lebedev, in accordance with Russias new Criminal Proceedings Code, which came into effect on January 1st 2003.

On the day Pasko was paroled, Lebedev was quoted by Russian media as saying that he had received the defences appeal and had started supervisory proceedings to revise the verdict.

Instead, on March 3rd, the defence received notification that their request to the court to review the supervisory appeal had been rejected. This time, according to Pavlov, the rejection was signed by Petukovs assistant.

Had any of the appeals been accepted by the court, and had the courts 15 justices agreed to reverse the treason conviction, it would have cleared Paskos name of any wrongdoing.

Lebedev Distances Himself From the Case
As for Lebedev passing the buck to his deputy Merkushov to reject the latest appeal, Pavlov said that the chief justice—despite his earlier optimistic signals about the court accepting the supervisory appeal for reviewhas decided to distance himself from the matter.

I am sure that the Russian judicial system will be forced to return to the Pasko case in the near future, said Pavlov. Even if they dont want to reckon with our arguments, they will not be able to ignore the decisions of the European Human Rights Court.

Presumption of Innocence
After the protracted period of evaluating defence and prosecution materials, the only motive for the Supreme Courts rejection to review the supervisory appeal, wrote Merkushov, lay in the notion that the materials of the case do not witness to the absence of Grigory Paskos guilt of committing the crime.

Pavlov said that Merkushovs reply proved that the court was intentionally overlooking Paskos constitutionally guaranteed right to the presumption of innocence before the court.

This again confirms the thesis of Paskos defence team that the principle of the presumption of innocence has been violated in this case, said Pavlov. Now the responsibility of proving Paskos innocence has been laid at the feet of the defence. According to Russian law, it is rather the burden of the state to prove the guilt of the defendant.

Pavlov said that the defence team is going to file Merkushovs letter, along with other documents, for consideration at the European Human Rights Court.

The complaint by Paskos defence to the European Human Rights Court states that the Russian judicial system has violated his right to fair and speedy trial and his right to freedom of speech. The defence complaint also contains protests about Russian authorities retroactive use of laws and over-extensive interpretation of the Russian Criminal Code, including the use of secret decrees that were not allowed—because of their classified natureto be reviewed and addressed by defence counsel. The prosecutions use of the secret decrees, in and of itself, is a violation of the principle of justice as a whole. The complaint to the European Human Rights Court also addressed the insufferable conditions in Russias pre-trial detention centres.

Paskos defence says it will soon add more to the complaint, namely, the violations of Paskos right to freedom of movement in and out of the country that is guaranteed under the 4th Protocol of the European Convention of Human Rights. At present, Moscows Department of Visas and Registration, or OVIR, has been refusing to grant Pasko an international passport, which is necessary for Russian citizens to travel abroad.

On some occasions, parole in Russia is granted under certain conditions that may include travel restrictions. But as Pavlov has argued repeatedly—first to a Moscow district court, then the Moscow City CourtPasko was granted unconditional parole. Currently, Paskos lawyers are waiting for their complaint on this matter to be heard by the presidium of the Moscow City Court.

In accordance with the Russian Criminal Proceedings Code, specifically Article 413, a decision by the European Human Rights Court, where the court establishes that violations of the European Convention for Human Rights have taken place, is a compelling foundation for the Presidium of the Russian Supreme Court to review the case.

The Pasko Case
On December 25th 2001, the Navys Pacific Fleet Court convicted Pasko to four years of hard labour for treason through espionage. During the trial, the defence team insisted on full acquittal while the prosecution demanded nine years of prison. The Supreme Courts Military Collegium upheld the conviction, with some modifications, on June 25th 2002.

In 1999, the same Pacific Fleet Court had acquitted Pasko of treason, but convicted him of abuse of his official authority for his supposedly negligent contacts with the Japanese media, which included passing Japanese television a videotape made in 1993 that showed Pacific Fleet nuclear vessels illegally dumping nuclear waste in the Sea of Japan. Pasko was immediately amnestied, but he appealed the conviction to the Supreme Court on the basis that an innocent man cannot be amnestied. The prosecution also appealed, insisting that Pasko should be convicted for treason.

The result of this appeal was a new trial on the same charges of treason that Pasko had earlier been acquitted for. The outcome was that Pasko was acquited of 95 percent of the charges, but still convicted to four years of hard labor for treason. His attorneys, Bellona and human rights groups throughout the world maintained that the conviction was based on charges fabricated by the Russian secret police, the Federal Security Service, or FSB, and relied heavily on two now-defunct secret decrees by the Ministry of Defence—Decrees Nos. 010 and 055.

In spite of strong resistance from the Ministry of Justice, the prison camps administration, and the prosecution, Paskos defence managed to get him released on parole on in January 2003. Pasko is the editor of the Bellona-published, Russian-language Environment and Rights magazine.