The Russian defence ministry’s secret decree 055 was declared illegal by a ruling in the Supreme Court’s military collegium Tuesday. The decision is a major victory in the fight for Russian environmentalists’ right to express concern on military related issues, such as handling of nuclear waste.

Published on February 13, 2002 by Thomas Nilsen

Decree 055 issued by the Russian Defence Ministry in 1996, listed categories of data the ministry considers eligible to be classified as state secrets. But the decree had neither been published nor registered legal by the Ministry of Justice. The principal question for challenging the decree was simply based on the logic question: How can a person know if he or she is violating the law when the text of the decree never has been made public available?


While Aleksandr Nikitin was acquitted for all charges when the Presidium of the Russian Supreme Court put the final end to the case in September 2000, Grigory Pasko was sentenced to four years prison term in Vladivostok on December 25 last year. The verdict in the Pasko case was based on decree 055.


It was Pasko’s lawyers who filed the complaint on Decree 055 together with lawyers involved in a different treason case. Talking to Bellona web on phone from Moscow, Pasko’s lawyer Ivan Pavlov says “The legal basis for the Pasko verdict has collapsed. Without this order (Decree 055), the whole system of defending state secrets is paralysed because it will be impossible to designate information (listed in Decree 055) as a state secret. 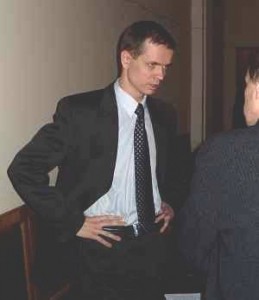 Pasko’s other lawyer, Anatoly Pyshkin told Echo Moskvy that even though the Pasko’s sentence is based on a decree that is to be invalidated, that does not mean that Pasko will be discharged and acquitted automatically.


The deputy chief military prosecutor of Russia, Colonel of Justice Vladimir Milovanov said that he had supported the request by Pasko’s lawyers to invalidate the decree since it is outdated and contradicts the federal law ‘On state secrets’. Milovanov told Gazeta.ru that the decree was not properly registered with the Ministry of Justice, as required by the law.


Tuesday’s Supreme courts ruling can be appealed within ten days. A spokesman of the Defense Ministry, Lieutenant Colonel Konstantin Rusanov, was quoted by Interfax as saying he did not know whether the Defence Ministry would appeal the ruling. If not appealed, the ruling will come info effect at the end of the ten days period from now.


But the words of the ruling can be misinterpreted, since the Supreme courts say it will only come into force from February this year. The decree was issued in 1996, and the illegal use of the decree should be considered void from the moment of its issuance in August 1996. Grigory Pasko first time charged with treason for violating the decree in 1997. 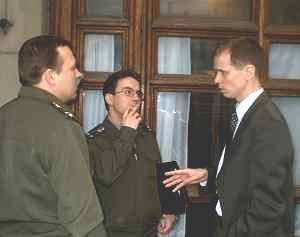 Ivan Pavlov called Tuesday’s Supreme Court decision on declaring the decree illegal from today’s date “a slip of the pen”. Pavlov says he would submit an appeal to make the court’s ruling retroactive back to the date of the issuing of Decree 055.


It is not the first time Decree 055 has been challenged in court. Last autumn, Aleksandr Nikitin’s lawyers won a case in the Supreme Court where 10 of the listed articles in Decree 055 were anulled. The Defence Ministry appealed that decision, but the complains was rejected and the decision reached legal force on November 6, 2001. It is in this decision clearly stated that the 10 articles were anulled from the date of their issuing.


Today, the military board of the judges of the Supreme Court will review a second claim filed by Grigory Pasko’s defense team, asking the court to also invalidate the USSR Defense Ministry decree No. 010 from 1990. That decree contains a clause banning military personell from having contacts with people from other nations, unless such contacts are a part of their duties.


Grigory Pasko had contact with a Japanes journalist before he was arrested in 1997.


Grigory Pasko was arrested on November 20, 1997. He was acquitted by the Pacific Fleet Court in Vladivostok of treason through espionage on July 20, 1999, but sentenced to a three-year imprisonment for misusing his position and released on a general amnesty. Both sides appealed the verdict. In November 2000 the Military Supreme Court cancelled the verdict, and sent the case back for a new trial at the Pacific Fleet Court. The re-trial started on July 11, 2001 and ended on December 25, with Pasko being convicted to four years of hard labour for treason and taken into custody. The verdict is appealed again by both the defence and the prosecution.