The experts who have evaluated whether there are state secrets or not in the materials that allegedly were confiscated at Paskos flat in November 1997, have finalized their evaluation. Thus, the Pasko case has entered what may turn out to be its decisive stage. 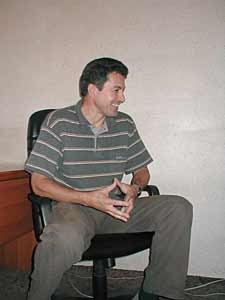 The Pacific Fleet Court announced earlier this week that it would start its interrogations of the experts on September 12, and it has apparently planned to use four days on the interrogations.

– I consider this as a good sign, said defense attorney Ivan Pavlov. It does at least indicate that the Courts intents to make its own independent analysis of whether there are state secrets or not in the disputed materials and that it will not just leave the decision of this question to the experts.


The defense has previously questioned both the objectiveness and the competence of the experts. -We have already pointed out that they have a security clearance from the FSB, which means that they are not independent from the body that initiated the case; and that they will answer questions of legal character, although none of them have any legal education, said Pavlov. What questions we will ask the experts will of course depend on their conclusions, but we are well prepared for this part of the trial, as the stage we now have entered may turn out to be decisive.

Grigory Pasko was arrested in November 1997 on charges of espionage on behalf of the Japanese TV-station ‘NHK’. He was acquitted of espionage in July 1999, but convicted of abuse of his official authority and freed under a general amnesty. Seeking a full acquittal, Pasko appealed the verdict, but so did the prosecution, insisting he was a spy. The Military Collegium of the Russian Supreme Court cancelled the verdict in November 2000, and sent the case back to Vladivostok for a re-trial. After several postponements, the re-trial started on July 11, 2001