The Pasko trial has entered the stage of expert evaluations. Most interest is connected with the evaluations of the experts in the art of classifying information, but these are not the only experts at the trial.

Published on September 4, 2001 by Jon Gauslaa 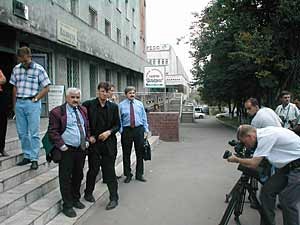 The task of the secrecy experts is to evaluate whether there are state secrets or not in the materials that allegedly were confiscated at Paskos flat in 1997. Questioning the objectiveness and legal competence of the experts, the defense-team filed a motion claiming that the Court should disqualify the experts from taking further part in the trial.


 They all have a special security clearance issued by the FSB, which gives them access to secret information, Ivan Pavlov explained. Because of their security clearance they get a higher salary. If they loose their clearance they will also loose their position and their salary will decline. Thus, they are not independent from the body that initiated the case. Besides, they will answer questions of legal character, and without any legal education they are simply not competent to answer the questions properly, Pavlov said.


The Court rejected the motion, which hardly left the defense devastated.  We wanted to underline that it is the judges of the Pacific Fleet Court and not the experts, that will make the final evaluation of whether there are state secrets or not in the disputed materials, said Pavlov. And that is what we did. 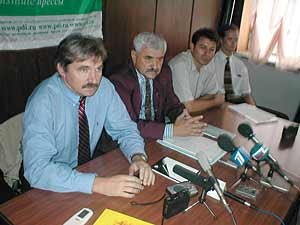 The experts turned up in Court on August 30. The defense declared that it had no questions for them at the present stage of the trial.  It is the responsibility of the Court to formulate the questions the experts are supposed to answer, Ivan Pavlov said afterwards. We will ask our questions when the experts have presented their conclusions.


In contrast to the defense, Prosecutor Aleksandr Kondakov did not waive his right to ask questions to the experts. It turned out that he had copied the questions FSB-investigator Egorkin wrote in 1998. The defense drew the Courts attention to the fact that the case no longer is on the stage of preliminary investigation, but at the trial stage, where the task for the prosecution is to substantiate its charges. As a result of this, the questions previously asked by the FSB cannot just be repeated. The Court did apparently agree, as it rejected the prosecutors questions and came up with its own comprehensive lists of questions.


– The way the Court has asked the questions indicates that it, no matter what the experts’ conclusions will be, is concerned with giving its own objective evaluation of the questions regarding the presence of state secrets in the disputed materials, Pavlov said.


After having received the questions from the Court, the experts withdrew to their quarters somewhere in Vladivostok so that they can do their job in secrecy. It is not yet known when they will pop up with their conclusions, but that may well take some weeks. 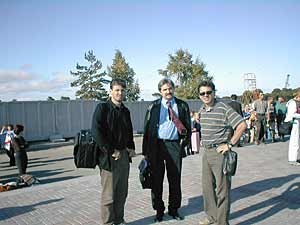 In the meantime the Court will be occupied with interrogating other experts. On September 3, it did for instance use most of the day on two experts on handwriting, whose task was to evaluate whether the signatures of two witnesses are real or not. At the first Pasko-trial, both witnesses claimed that their signature had been falsified, but this time around only one of them stuck to his previous testimony.


This left the Court with no other option than to call in handwriting experts in order to hear their opinion. It could have been used as a basis for an appeal demanding that the verdict should have been cancelled if the Court in the said situation had not called in the experts. Thus, taking into consideration that the case against Pasko has been going on for almost four years, it may be a good sign that the Court this time has chosen a more detailed approach than what it did at the previous trial in 1999.


Journalist Grigory Pasko was arrested on November 21, 1997 and charged with espionage in favor of the Japanese TV-channel NHK. At his first trial in July 1999, he was acquitted for espionage, but in stead convicted for abuse of his official authority and released under a general amnesty. After appeals from both sides, the Military Supreme Court cancelled the verdict on November 21, 2000, and sent the case back to the Pacific Fleet Court for a re-trial. The re-trial started in Vladivostok on July 11, 2001.