Yevgeny Vitishko, the environmental activist who drew attenting the ecological decimation resulting from the Sochi Winter Olympics said Wednesday he’s ended a hunger strike due to guards’ machinations to discredit his protest.

Published on August 6, 2014 by Charles Digges 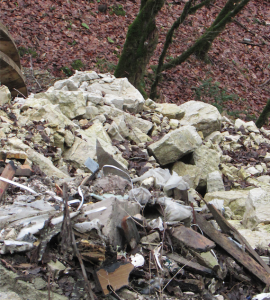 Yevgeny Vitishko, the jailed environmental activist who drew attention to the ecological decimation resulting from the Sochi Winter Olympics, said from prison Wednesday he’s called off  a hunger strike due to guards’ machinations to discredit his protest.

Speaking through is colleagues (in Russian) at the Environmental Watch on the Northern Caucasus (ENWC), Vitishko said prison administration was forcing other inmates to write petty false testimony saying they witnessed him sneaking meals in his bunk. Throwing his hunger strike into dispute made its continuation pointless, he said through EWNC, which published a damning report on environmental damages and corruption surrounding the Sochi Winter Olympics.

Vitishko spent July 31 through August 5th in solitary confinement on orders of the prosecutor for the Tambov Region, where his prison colony – the KP-2, or Sadovaya Colony, is located – for publicly outing abuses against prisoners by guards.

During his time in solitary, he refused food and when released back into the general population Tuesday, he announced he would continue his hunger strike.

He wrote Wednesday through in a letter dictated by telephone to EWNC, however, that prison colony administrators were forcing other convicts to write official notices to the wardens indicating that he was not abiding by his hunger strike and sneaking food after lights out.

The threatened official notice campaign was an orchestrated effort to discredit him, he said.

“If I didn’t end my hunger strike, the administration would have forced the entire [prison population] to write what it needed,” Vitishko told his EWNC colleagues by telephone.

Officials further returned Vitishko his groceries, which had disappeared with much of his personal property while he was being held in solitary, further disesteeming the point he was attempting to make with the hunger strike.

Vitishko also told EWNC in his communiqué that he’d been served with a so-called warning of violation for allegedly “sleeping in the isolation cell” during his time in solitary confinement.

One prison official at the Sadovaya Colony who picked up the duty phone when Bellona called Wednesday, said sleeping in solitary confinement was not against the rules.

“What can someone do in isolation besides sleep,” said the official, who requested anonymity in talking to media.

EWNC’s communiqué similarly noted on its English Facebook page that the warning of violation given to Vitishko was “a strange formulation as sleeping in the [solitary confinement] is allowed and it would be impossible not to sleep for [the] days straight that Yevgeny spent in the cell.”

Vitishko also said he suspect he will soon be serving another spell in solitary, this time for 10 days. But his release through EWNC did not elaborate on why, and prison officials declined further comment on Vitishko’s circumstances.

Vitishko is currently serving a three year sentence at a so called settlement colony for alledgedly spray painting on and dismantling part of an illegal construction fence built on public lands surrounding the summer mansion of Krasnodar Regional Governor Alexander Tkachev.

In documents recently obtained by Bellonan(in Russian) from Krasnodar Regional prosecutors openly admit that they have no record the fence even exists. This is possibily exculpatory evidence as Vitishko could hardly have defaced a fence which, at least according to prosecutors and forestry officials, has never been there in the first place.

Vitishko and EWNC know the fence does exist, however, and ample evidence if it exists on Google Maps. But Vitishko and witnesses interviewed by Bellona have long maintained Vitishko never spray-painted on the fence, and assert that his ongoing incarceration is politically motivated.