Bioenergy in Europe’s ‘year of delivery’

Bioenergy policy in the EU is currently guided by the 2020 targets, which sets a 20% renewable energy target and a sub-target of 10% renewable energy in transport. But the 2030 Framework for Climate and Energy sets a new target for 2030 of a minimum of 40% emission reduction. The European Commission is currently working on the bioenergy framework that will deliver this target and be in place from 2020 to 2030. This is a long process with many moving pieces. Here is a quick check-in on their status.

Published on February 24, 2016 by Bellona Europa 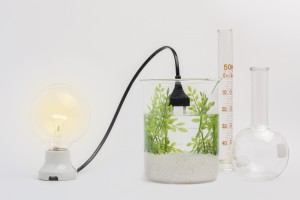 The European Commission will in 2016 present a number of legislative proposals which will set out the path for bioenergy in Europe for the next 10 years at least. The most central pieces of legislation will be:

With the exception of the ETS file, which is expected to continue into 2017, all of these proposals will be presented this year. The REDII and bioenergy sustainability criteria will form part of a new renewable energy package.

2016 is therefore clearly an important year for EU energy and climate policy. The EU’s Vice-President for the Energy Union, Maros Sefcovic, has in fact dubbed it the ‘year of delivery’ for the overarching Energy Union.

In an interview with Politico, Vice-President Sefcovic lists the Emission Trading System, Effort Sharing Decision, COP21 follow-up, energy efficiency, electricity market design, transport and renewables as the most important pieces. And to top it off, a new governance structure to achieve the 2030 targets is also under development.

Earlier this month Bellona submitted a response to the European Commission’s public consultation on the REDII, which will cover the period 2020 to 2030. Bellona’s response places particular focus on support scheme design for new RES development; consumer empowerment and in particular the revision of the Guarantees of Origin scheme; increasing the use of renewables in the transport sector and fostering electro-mobility; and last but not least on the benefits of and ways of fostering the uptake of third generation (marine) biofuels.

Regarding biofuels and the 2020 sub-target for the transport sector, Bellona sees clear room for improvement in the REDII. The ‘technology neutral’ RED sub-target for transport has been a quantity rather than quality-based policy, and therefore largely failed to incentivise the most sustainable alternatives to fossil fuels. In particular, the RED has been a big driver of food-based (1st generation) biofuels which are expected to make up most of the 10% target.

For RED II attention should be given to furthering 2nd (lignocellulosic, i.e. woody) and especially 3rd generation (marine) biofuels, the latter of which may hold the greatest potential. Bellona sees seaweed for fuel in particular as well suited to avoid the main challenges of land-based biofuels, and calls for more R&D into this potential.

Based on lessons from current biofuels policies, we may not yet be aware of what effects policies will have and it therefore seems prudent to put in place a review of policies, for example in 2025.

This review option will also be important for the new proposal on bioenergy sustainability criteria, which will also cover the period after 2020. The current biofuels and bioliquids sustainability criteria are set out in the Renewable Energy Directive and the Fuel Quality Directive and after a long process, include some provisions for recognising the harmful consequences of Indirect Land Use Change (ILUC).

However, a far more comprehensive look at bioenergy sustainability is now on the table, including: lifecycle greenhouse gas emissions from bioenergy production and use; impacts on the carbon stock of forests and other ecosystems; impacts on biodiversity, soil and water, and emissions to the air; indirect land use; as well as impacts on the competition for the use of biomass between different sectors (energy, industrial uses, food).

A consultation on this is currently open and can be completed here by 10 May and the Commission will also organise a stakeholder conference on 13 April.

Last week the European Parliament hosted a public hearing on the ETS reform proposal where Climate and Energy Commissioner Miguel Arias Cañete answered MEPs’ questions on the Commission’s proposal. The Parliament is now set to debate the proposal for the coming year, a process to be led by MEP Ian Duncan (ECR, UK), Rapporteur on the EU ETS with the environment committee (ENVI). The topic is currently also being discussed in the Council working groups, and on 20 June the Environment Council is scheduled to discuss the ETS reform proposal.

Emission reductions beyond the ETS

The Effort Sharing Decision regulates emission reductions in the on-ETS sectors, namely agriculture, housing and the biggest: transport. A revision of this policy is expected to be presented by the Commission around summer time. The proposal will guide the achievement of the 30% emission reduction target compared to 2005 in Member States and will address the integration of land use, land use change and forestry (LULUCF). The ESD proposal will be guided by the EU’s long-term goal to become a low-carbon economy by 2050.