Published on August 10, 2015 by Anna Kireeva, translated by Charles Digges 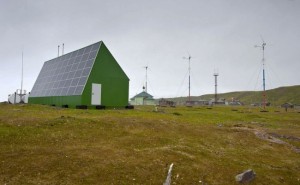 Tiny settlements in Russia's Northwest power by the sun and wind. (Photo: gov-murman.ru)

MURMANSK – A coupe of tiny settlements above Russia’s harsh Arctic Circle are offering a glimpse of the kind of economic savings and power that can be produced by making the switch renewable sources.

The two small villages of Chavanga and Tetrino in Russia’s northwest  along the White Sea became the Murmansk Region’s first settlements to run nearly exclusively on renewable energy last week.

This is easier to achieve when the entire district of Tetrino, has a collective population of 350 – but it also marks the first time ever that the residents will be living with uninterrupted power for 24 hours a day everyday.

The two settlements are now powered by a wind, solar and diesel installation as part of a €1,5 million project supported by the federal, regional and local budgets, according to the Murmansk Region’s press office.

Altogether the project envisions the eventual launch of 10 more 10 kilowatt wind energy stations and 4 more windmills of 5 kilowatts each, which would also help power the Tetrino district village of Chapoma. It will also install 300 solar panels producing a collective 75 kilowatts and another six diesel generator pumping out 88 kilowatts. 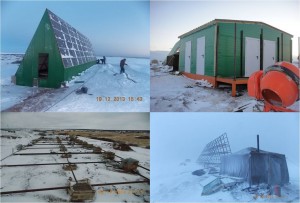 The collected renewable energy assemblies will greatly reduce the districts reliance diesel fuel, which, thanks to heavy weather conditions, cold, and poor road infrastructure, can be delivered only sporadically.

Savings in diesel fuel on an annual basis will amount to 231 tons, and oil demand will drop to  1.56 tons.

“Our task is to make the Arctic Circle region not difficult or uncomfortable for anyone who lives there, to make the concept of ‘remote’ and all problems associated with it obsolete,” said Murmansk Regional Governor Marina Kovtun, who green lighted the program. “Today we’ve taken a very good step in that direction.”

In 2013, the administration of the village of Varzuga, which encompasses seven settlements, received a 30 million ruble (€435,000 by the current falling ruble exchange rate) grant to develop renewable energy program for four settlements.

The first settlement in the Murmansk region where the “three in one” energy package – so called for its incorporation of wind, solar and diesel –was the village of Pyalitsa in the Varzuga district, whose system came online in March 2014.

The pilot project was completed by the regional energy savings program, which was funded by the federal government.

Prior to the installation of the renewable power units, Pyalitsa residents had only eight hours of electricity a day. The Murmansk Regional Government told Bellona that the renewable units saved 3.5 million rubles (€ 50,000) in what otherwise would have been diesel fuel in the first six months of coming online.

“Opening the electric stations gave new live to the villages, turned a new page in their history,” said the head of the Terek Region. “People can definitely reach here, and Tersky coast will receive additional development.”

More work to do

Bellona has been following the development of renewable energy in far flung regions, and hopes the project will continue to progress successfully.

The Kola Peninsula is home to dozens of settled areas that, thanks to their distance from large population centers and small energy use volumes are simply not connected to the region’s centralized grids, meaning their only energy comes from diesel generators.

The report showed that renewable energy was the most rational dispersed and decentralized settlements and villages on the Kola Peninsula.

Aside from their proven economic benefit, renewable energy for small hamlets is doing its share to improve the local environment.