Uranium prices on the rise, but will its deficit threaten Russia nuke market?

According to experts, the world market value of uranium may grow by 20 percent, according to predictions made in January by the International Nuclear, Inc consulting firm and confirmed by representatives of the Russian nuclear industry. 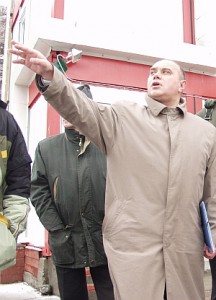 As predicted by the American consulting firm International Nuclear, Inc. (iNi), mining companies are having difficulties meeting the increased demand for fuel by nuclear power plants, which produce approximately one sixth of the electricity used in the world today.

In the last two years, the contracted price at which energy companies purchase uranium has more than doubledfrom $24.20 per kilogram to $55 per kilogram. The prices for long-term contracts in January of this year have already reached prices as high as $63 to 65 per kilogram. Consultants at iNi have predicted that uranium prices will hover between $50 and $75per kilogram until the year 2025.

The prognosis for the contract price of uranium being set above $66 per kilogram isnt without basis, said iNi head Dustin Gerrow, according to the Bloomberg news agency.

Gerrow is certain that current fears about a potential deficit of uranium on world markets is a result of the projected plans for the construction of new reactors by China, India, and Russia. According to Gerrows evaluation, the deficit of uranium on world markets will become apparent beginning in 2006 and grow through 2010, as reported by the Russian Daily Kommersant. However it is necessary to point out that Gerrow ignored the fact that by 2010 a portion of the reactors operating in Europe and Russia will have been decommissioned.

Currently, at total of 439 nuclear reactors are operating worldwide in 31 countries. In the United States, nuclear energy provides for 20 percent of all electricity produced. France depends on 78 percent for its electricity and Russia, 16 percent. Western Russia, however, gets 40 percent of its electricity from nuclear power plants.

Another reason for elevated uranium demand, according to the iNi report, is the increase in the capacity of currently operating reactors after modernizationas has occurred in Spain, Finland, and Switzerlandand the increase in efficiency of the fuel cycle of reactors, both of which lead to increased uranium use.

The rift between uranium demand and supply
The rift between uranium mining and the needs of nuclear power plants has been stable for the last decade at around 40-45 percent. According to iNi data, between 1985 and 2003 commercial reserves of uranium in the world diminished by 50 percent. Only 55 percent of the uranium consumed in 2003 had been mined that year. However, uranium reservesthe primary reason that the deficit has gone unnoticed until noware being depleted with every passing year.

At the same time, 87 percent of the world uranium supply is controlled by seven countries. More than half of the worlds uranium deposits are located in Canada and Australia, whereas Russia stands in fifth place after Kazakhstan and Niger. In order to keep its niche in the market, Russia needs to develop new uranium deposits.

According to experts, Russia currently supplies as much as 40 percent of the uranium on global markets. Excluding the Russian-American agreement on high and low enriched uraniumthe so called Megatons to Megawatts programme under which Russia supplies down-blended weapons-grade uranium to the US commercial nuclear power marketRussia supplies about 30 percent of the worlds uranium.

Rosatom is currently analysing very seriously our uranium reserves and the potential locations of new deposits, and we are seeking with particular attention to ensure a decisive increase in output at currently known deposits and to conduct new geological surveys. The agencys budget has set aside tens of millions of rubles for that purpose, said Alexander Rumyantsev, the head of Russias Federal Atomic Energy Agency (Rosatom), to Kommersant.

Russia may have to face the very real possibility of a deficit within 20 to 30 years if no new geological surveys are made now. In order to avert such problems, we are taking determined steps today.

Today our supply is secured primarily by the Priargunsky production facility and two other firms. Plus, we use reserves that we have stored, said Golovinsky in an interview with Kommersant.

At the same time, we are increasing our reserves by discovering new deposits  having invested 51.5 million rubles in geological investigation in 2004, we mined 3.2 thousand tonnes of uranium and discovered new deposits amounting to 3.5 thousand tonnes. In our plans for 2005, we intend to investigate at least as intensively as in 2004. We are working in accordance with the rules, which demand that stored reserves increase at least much as what is mined.

Only in the case of a substantial increase of uranium prices can uranium production in Russia become economically viable. The sale of current uranium reserves, however, is a very profitable business, insofar as that uranium is left over from the Soviet Union, meaning that its production doesnt cost the current nuclear industry a penny. But these reserves are limited.

Russia increases exports without considering the possibility of a uranium deficit
Apparently disregarding the possibility of a uranium deficit, Russia is increasing its export of uranium. On the whole, Russian uranium exports in 2004 increased by 5 percent over exports in 2003. Last year TekhSnabEksportor Tenex, Russias nuclear fuel exporting giantbegan shipping to Mexico and Brazil in partnership with the German company Nukem. Furthermore, Russia is continuing shipments to Japanlast year Tenex signed several more contracts with Japanese energy companies.

Tenex General Director Vladimir Smirnov, said: Our strategic goal for the next five years is to acquire 30 percent of the Japanese market share, which fully corresponds to the strategy of Japanese energy companiesthey are currently seeking to diversify their supply base, Smirnov said in an interview with Kommersant.

We also began supplying to South Africa, where, truthfully, there is only one nuclear power plant. But South Africa fits in that category of markets where Russias presence is particularly important. The only such market that we have not penetrated is that of Taiwan, and that is for political reasons.

Theoretically the problem of uranium shortage for production of fresh nuclear fuel could have been decided through the reprocessing of spent nuclear fuel or through using MOX fuel, in which weapons grade plutonium oxide is mixed with uranium oxide. However, those solutions are expensive and present a danger to the environment as well as to Russian and western nonproliferation goals. Therefore, for the time being, Russia is counting on mining its existing uranium deposits, and on the less likely prospect of finding new ones.