Lithuanias Ignalina NPP begins the road to shut down

As part of its obligations of becoming a member of the European Union (EU) last May, the former Soviet Republic of Lithuania—one of Europes most nuclear energy dependent states—began the long process of its Chernobyl-style Ignalina nuclear power plant last week.

Published on January 5, 2005 by Charles Digges 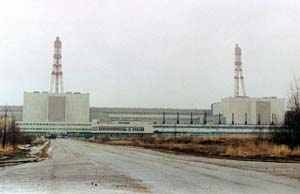 The full closure of the plant, whose two RBMK-1500 graphite moderated reactors are the same fatally-flawed design of those at Chernobyl, the site in 1986 of the worlds worst nuclear power accident, is scheduled to last until 2009, plant officials said. The process started with the shutdown of reactor number one on Friday.

"This stoppage is no different from previous ones when the plant was closed for maintenance, the only difference is that we won’t be restarting it," said spokeswoman Rasa Sevaldina, according to Reuters.

Plant technicians began to slowly reduce the plants output at 9:00 a.m. Lithuanian time on Friday, with major reductions staring at 4:00 p.m. The operation was brought to a halt at 9:00 p.m.

Economic troubles lay ahead
As a condition for its entrances into the EU, Brussels demanded that Lithuania shut down the Ignalina plant because of long-held fears over the plants safety and potential for catastrophic disasters, EU officials have said. But the decision was a tough one for Vilnius to make as Ignalina supplies 80 percent of the countrys electricity.

More immediately, the closure of the first reactor will slash another source of revenue for Lithuania in the form of energy exports to the nearby countries of Estonia, Latvia, Belarus, and Russias Kaliningrad enclave, which remain linked by a Soviet-era grid.

The shut down will also bring with it a rise in unemployment in the nearby town of Visaginas, an oasis in of mainly Russian plant workers, worsening an already spiraling crisis of unemployment in eastern Lithuania. Of the reactors 3,500 workers, 200 will be laid off by the end of the year.

The EU has made funds available to attract investment to the area and try to make use of the highly-skilled workers.

Newer reactors?
Lithuanias President, Valdas Adamkus, said recently that the country would build a modern nuclear power plant that would come on-line before the closure of Ignalinas second unit, but experts have said such a timeline for building a new reactor is not realistic.

Ignalina’s two reactors started operating ass a Soviet nuclear power plant in the mid-1980s after a decade of construction. The building of a third unit at the plant was stopped after the Chernobyl disaster.

Thirteen of the EU’s 25 member states operate nuclear power plants. Among those, Germany and Sweden have decided to gradually phase out atomic energy while Finland has opted to build up more nuclear power capacity.