Andreyeva Bay: Much has been done, but more remains

MURMANSK – Removal of spent nuclear fuel from Andreyeva Bay, the notorious submarine maintenance base in Northwest Russia, beginning in 2017 and the most important job will be guaranteeing radiation safety, a joint conference by Bellona and Russian nuclear corporation Rosatom determined.

Published on October 26, 2016 by Anna Kireeva, translated by Charles Digges 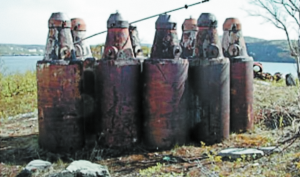 MURMANSK – Removal of spent nuclear fuel from Andreyeva Bay, the notorious submarine maintenance base in Northwest Russia, beginning in 2017 and the most important job will be guaranteeing radiation safety, a joint conference by Bellona and Russian nuclear corporation Rosatom determined.

Bellona first began working with the Andreyeva Bay issue 23 years ago. The base was one of the most dangerous radiological and nuclear installations in the world. With time, technology has caught up to facilitate the removal and transport of the spent nuclear fuel stored at the defunct base, Bellona President Frederic Hauge noted at the conference.

He added that, as a representative of an environmental organization, he hoped that fuel removal would progress as quickly as possible.

“But in this situation, we must insist on guaranteeing full safety in the completion of work, both for the personnel, people who are real heroes, and for the environment,” Hauge said. “Let it go on for a couple of more years so that it will be absolutely safe.” 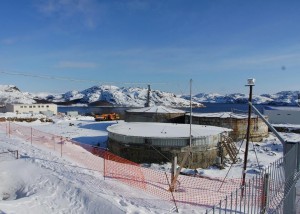 Anatoly Grigoriev, head of Rosatom’s department for international projects, told the gathering that the corporation is “ready to deal with the spent nuclear fuel: the ventilation system, the load-lifting apparatus, the radiation control system and the warning system are all in place.”

He said the only systems that are not in place yet are the transshipping mechanisms, but they are currently being prepared.

“Containers for the project are ready to accept damaged fuel and represent the best possible technological solution,” Grigoriev told Bellona in a side interview. “In 2017, the first shipment of 15 containers will be sent off. If the shipment goes successfully, another load will be sent off.”

Risks of the operation

Rosatom and Bellona agree in their assessment of the risks involved in the fuel removal and shipment operation.

Transporting the fuel 3000 kilometers remains one of the biggest risks. First it will be delivered by sea to the Atomflot nuclear icebreaker port in Murmansk, then by train to the Mayak Chemical Combine.

Bellona further considers that another potential risk lies in operations to remove fuel from cells, during which uranium composed fuel pellets could drop, leading to a radioactive accident.

But Grigoriev assured that if it is not possible to remove fuel from fuel cells, entire canisters will be removed completely.

As for deadlines on spent nuclear fuel removal and transport from Andreyeva, Grigoriev expressed doubt that all would be taken away in five years.

“Five years is too little,” he told Bellona in his interview. “During that time it’s possible to remove two tanks of fuel constituting 70 percent of the spent fuel. But the biggest difficulty will be the third tank. There is likely defective fuel there. And judging by the strength of gamma radiation, some of the fuel there might be destroyed. I would say we need an additional two years of work on the third tank.”

Ingmar Amundsen, head of section at the Norwegian Radiation Protection Authority, said that, thanks to Bellona, Andreyeva Bay was put on the agenda.

“When I am asked about the progress of rehabilitation work, I answer that much has already been done, and that much remains to do,” Amundsen told the conference. “This is the responsibility of the Russian side, however the project of removing and transporting the spent nuclear fuel is a part of long-term plans of cooperation between the two countries.”