An international group of investigators has said it suspects a criminal syndicate has been trying to sell Russian origin highly enriched uranium to buyers in North Africa following a sting operation over the summer in Moldova, the Associated Press reported.

Published on September 27, 2011 by Charles Digges 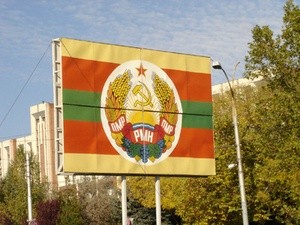 The news comes as Russia has agreed to install radiation detection equipment at all of its border checkpoints, Global Security Newswire reported.

Moldovan authorities believe the uranium was taken through the break-away republic of Transnistria, which is known to be a haven for smugglers.

Though the quantity at large is a fraction of what would be needed to make a bomb, international investigators point to it as new evidence that a black market in nuclear materials from poorly secured sites in the former Soviet Union is still alive.

US authorities told AP that they have been aiding the Moldovans in a search for a Russian man who they believe to be the ringleader as well as a North African man believed to represent buyers and who has fled Moldova. Neither of the suspects has been publically identified by authorities. Authorties would also not say what country the North African man is from, but did say he was married to a Moldovan woman.

A report released Tuesday by US Senator Richard Lugar, senior member of the Senate Foreign Relations Committee, raised concerns about the North African link as terrorist groups such as al-Qaida in the Islamic Maghreb are suspected to be operating in the region.

“Should the existence of a legitimate buyer (or middleman) from a region with a history of terror cells be confirmed, then the case would be substantially more alarming than other recent fissile material interdictions, where official agents were the sole potential buyer,” said the report.

According to AP, the United States, the United Nations and Moldova are working together on the uranium smuggling investigation.

In June, Moldovan agents who had been trained by the US set up a sting operation in Transnistria and purchased a small quantity of uranium, interdicting the North African buyer, the AP investigation said.

The bust led to the arrest of six people and netted 4.4 kilograms of highly enriched uranium that had been offered for a sample price of $600,000. The Lugar report said the sellers had 9.9 more kilograms for a price of $31 million still to sell. The Lugar report says this amount of uranium is a third of what would be need to build a nuclear weapon.

It remains unclear if the group of smugglers really does have access to that much more uranium.

One of those detained in the June sting is a lawyer from Chisnau, Moldova’s capital, investigators told AP. A search of his house revealed a computer containing evidence that the group had sought buyers for the uranium in North Africa. Police also found passport photocopies of the North African man and Russian who are being sought.

Both the UN and the US say the uranium that has already been seized is traceable to Russian enrichment facilities, though they have not named which ones. A nuclear forensics team, officials told AP, will analyze the uranium oxide, which will provide an identification that can be compared with existing uranium stocks in Russia.

Olli Heinonen, a former inspector with the International Atomic Energy Agency, told AP that the uranium could have come from Russian research reactors, which are typically less guarded. But if the smugglers indeed have access to larger stocks, that might suggest that military stockpiles could have been breached.

The report by Lugar says flights into Transnistria cannot be monitored, and the borders between the breakaway territory and Moldova proper as well as Ukraine are porous. The report also warns that action needs to be taken to improve security at Russian nuclear facilities.

Neither Russia’s state nuclear corporation Rosatom nor the Russian Defense Ministry had immediate comment on the details of the investigation.