Despite warnings from lawmakers that the United States’ recently signed civilian nuclear pact with Russia will face stiff opposition at their hands, President George Bush nonetheless submitted the deal Tuesday for Congressional review. 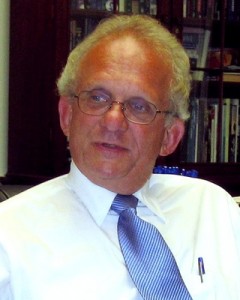 Yet the thrust of the argument still remains centered on the politics of Iran and its close relationship with Russia, and lawmakers have yet to address the colossal environmental threat of still more radioactive contamination that the pact threatens for the citizens of Russia.

While Bellona supports those lawmakers who are actively working to sink the pact, the foundation urges US Congress to familiarize itself with the environmental devastation the agreement will visit on Russia in order to strengthen their argument.

The nuclear agreement would enter into effect 90 days after its submission to Congress unless two thirds of the lawmakers approve a resolution rejecting the deal.

The 30-year civilian nuclear cooperation deal was signed by Russia and the United States last week the under the auspices of allowing the world’s two biggest nuclear powers to expand their nuclear trade. But the deal poses enormous environmental risks for Russia, which, under the deal, will be able to import and store tons of spent nuclear fuel under US control.

Russia will also be host to an International uranium fuel enrichment bank under the agreement, which – under the joint control of Russia, the United States and the International Atomic Energy Agency – will offer nuclear fuel services to countries that do not have enrichment capabilities of their own.

The main purpose of the fuel bank is to discourage nations seeking nuclear power from pursuing uranium enrichment themselves – as Iran has done to the consternation of the international community – and to allow control over the client list to rule out rogue nations.

Fuel bank idea already bankrupt
Yet both Rosatom director Sergei Kiriyenko, head of Russia’s state nuclear corporation and Foreign Minister Sergei Lavrov have on more than one occasion expressed that any country is welcome to purchase goods from the International Uranium Enrichment Centre, which is slated for construction in Angarsk, near Irkutsk and Lake Baikal.

This would seem to torpedo the purpose of the centre from the outset, and American lawmakers have taken note. The thrust of their opposition to the civilian pact is driven by the fact that Russia helped Iran build it’s $1 billion light water reactor in the port town of Bushehr.

A bipartisan group of Senators and Congressmen have said that approving the nuclear power pact with Russia would send a message that the United States has forgiven Moscow for building the Bushehr reactor, which is slated to come online by the end of this year.

But the White House remained unfazed when passing the pact to Congress for approval.

“I have considered the views and recommendations of the interested agencies in reviewing the proposed agreement and have determined that its performance will promote, and will not constitute and unreasonable risk to, the common defence and security, Bush said in a statement issued to lawmakers.

But House of Representatives Committee Chairman Howard Berman, whose committee must sign off on the pact, responded that:”The Bush Administration has not received enough support from Russia in dealing with Iran to justify moving forward with this agreement at this time.”

Meanwhile, group of 70 senators say they will support legislation that would suspend the US-Russian agreement that would require Moscow to certify it had ceased nuclear collaboration with Iran.

Berman’s committee is scheduled to hear more testimony in favour of the pact by Bush Administration officials next month, the Associated Press reported.

“Administration officials briefed out committee last week, but they were unable to offer convincing answers to our questions,” said Berman.

Most frustrating lingering question
But the most pressing environmental questions at present are not even being asked. While lawmakers will resist the pact on the basis of Russian- Iranian nuclear collaboration, which is also supported by Bellona, no one has yet addressed that the 700,000 metric tons of spent nuclear fuel in the world – 80 percent of which is controlled by the United States – could get the go ahead to be shipped to Russia.

Furthermore, US Congress – which has already warmly endorsed the uranium bank with a $50 million grant for its completion – has failed to mention how this enormous waste producing enterprise will be prevented from contaminating Irkutsk, which is 20 kilometres from Angarsk and Lake Baikal, which is 100 kilometres south of the site.

The environmental burden of these two combined factors have yet to be addressed by any US or Russian lawmakers, and the Bellona Foundation urges legislators to familarize themselves with the already awesome nuclear waste challenges Russia faces before they consign the country to becoming the world’s nuclear waste dump.