NEW YORK- The United States has given a nod of approval to the Russian-Kazakh initiative to create an international uranium enrichment centre on the territory of the Angarsk Electrolysis Chemical Combine, the US State Department said Monday. 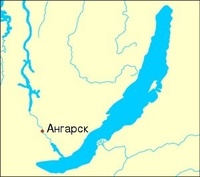 The approval of the centre, which is envisioned to enrich uranium for use in nuclear power reactors for client countries worldwide, followed the Global Initiative to Combat Nuclear Terrorism conference in Astana, Kazakhstan held June 11th and 12th.

John Rood, assistant US secretary of state for international security and nonproliferation, told reporters that the United States, “supports Russia’s initiative with Kazakhstan government support on the Angarsk International Uranium Enrichment Centre which will be open for many countries" according to the US State Department website.

Environmentalists have warned sternly that the construction and operation of the plant – to be located 30 kilometres from the Siberian city of Irkutsk and 100 kilometres from Lake Baikal, the world’s deepest lake – will inevitably impose yet more nuclear woes for Russia: As Russia will produce uranium fuel for a number of nations, so, too, will it be obligated to reclaim the spent nuclear fuel once it is burned in foreign reactors – especially for those countries that have little to no nuclear storage space of their own.

Rood stressed that "uranium enrichment could be not only a fuel for atomic power-plant reactors but could be enriched to the point where it could be used in nuclear weapons," as reported by the local newspaper Kazakhstan Today.

"A balanced search between the problem of a reliable atomic power-plant fuel supply and a nuclear weapons non-proliferation solution is very hard task, and we think that the prospective Angarsk centre is very practical means, proposed by Russia and Kazakhstan, for such a balanced search," the paper quoted him as saying.

State Department laizzes-faire on radwaste hazards for Russia
State Department officials interviewed by Bellona Web on Monday confirmed Rood’s statements to the Kazakh paper, but were less than firm in their acknowledgement of the environmental threat such a centre will produce.

“It is hoped that the Russians can deal with any associated environmental risks – this is, in essence, a political endorsement of the idea,” said the official.

Rosatom: to proliferate or not proliferate?
Bellona’s Alexander Nikitin pointed out the contradiction inherent in the Russian plan to consolidate proliferation risks in one area while boosting them in another. He referred primarily to Rosatom, the Russian Federal Atomic Energy Agency’s plans to build floating nuclear power plants.

“We support the principle of nonproliferation,” said Nikitin. “But we think the Russian government must be consistent. On the one hand, Russia is creating an international centre for uranium enrichment, and on the other is planning to construct and install floating nuclear power plants in South Africa and South East Asia.”

The international centre in Angarsk will give access a large number of countries access to atomic technology which they have previously not possessed. Environmentalists consider this dangerous because there is a direct tie between nuclear power and atomic weapons – as so described by Academician Alexei Yablokov in a report published on Bellona’s Russian website.

By this logic, the international centre could literally end up fueling nuclear weapons programmes in states that had barely considered weapons in the first place and further disperse dangers of nuclear war and terrorism.

Local protest against the centre already in full swing
Protests by environmentalists and local residents have already begun over the announcement of the construction of the Angarsk centre.

“We declare a decisive no to Rosatom’s plans to build the International Uranium Enrichment Centre in Angarsk, no to illegal imports from abroad of radioactive waste in the form of uranium tailings to the Angarsk Electrolysis Chemical Combine,” reads a resolution issued by the No to Chernobyl at Baikal assembly which took place in Irkutsk last December, drawing some 150 people. Eight thousand signatures have already been collected in support of the movement.

Nevertheless, during the last day of a March seminar on plans for the International Enrichment Centre, Rosatom held a meeting with the public and invited, Baikal Ecological Wave head Maria Rikhailova, and Vladimir Kuznetsov of Green cross to attend. The environmentalists said at the March meeting that the process of organising the international centre was at the beginning stages – the political decision has been taken and announced in order to attract business partners.

“Rosatom representatives promised that if the local population and administration were against it, it would not be built,” said Rikhailova.

Rosatom head Sergei Kiriyenko made a similar promise in 2006 when he said no more nuclear power plants would be built. Now, some 40 new reactors are planned for Russia over the next several years.

The Astana meeting was the third for the Global Initiative group, which includes representatives from 51 nations and observers from the United Nations International Atomic Energy Agency and the European Union. All member nations have endorsed the Global Initiative’s Statement of Principles that were developed at its first meeting in Rabat, Morocco in 2006. Its second gathering was in Ankara, Turkey in 2007.

Vera Ponomareva contributed to this report from St. Petersburg.