Published on March 28, 2007 by Vera Ponomareva, translated by Charles Digges 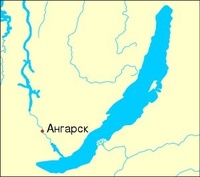 Authorities promised ecologists at the seminar, which ended last week, that environmental expert impact studies and public hearings will be held to discuss the decision, which Rosatom has been pushing for to ostensibly enhance international nonproliferation safety – but which could also turn a tidy profit for Russia’s nuclear industry.

“Russia in such a fashion will make a huge investment in strengthening the nonproliferation regime. The centre is being constructed on the initiative of the President (Vladimir Putin), which was announced a year ago in St. Petersburg,” said Rosatom spokesman Sergei Novikov said in an interview with Bellona Web.

The Angarsk enrichment centre, would, according to the IAEA officials, be established in conjunction with Kazakhstan, which has copious supplies of natural uranium. The enrichment technology would, however, belong exclusively to Russia, officials in Moscow were quick to point out.

“The essence of functioning such a centre is that the broadest possibilities will be provided to our partners for participating in its work, but the uranium enrichment technology belongs to us and only to us,” said Russian First Deputy Prime Minister Sergei Ivanov, Itar Tass reported.

It is presumed that after the creation of the International Centre, countries that wish to develop nuclear energy will be able to obtain enriched uranium without using their own technology.

Environmentalists are against the idea because they say it means that interested countries will receive nuclear fuel and that Russia will receive waste from the uranium fuel.

“Russia has not only to be responsible for the technology, but for the ecological consequences of uranium enrichment on its territory,” said Alexander Nikitin, head of the Environmental Rights Centre Bellona, Bellona’s St. Petersburg branch.

Radioactive waste – especially uranium hexafluoride waste – is produced during the process of enriching natural uranium, creating so-called uranium tailings. Over years of development of the Russian nuclear industry, thousands of tons of uranium hexafluoride waste have accumulated. A significant portion of this waste is already located on the territory of the Angarsk Electrolysis Chemical Combine (AECC), where the International Uranium Enrichment Centre is planned to be built. The Angarsk combine is located merely 30 kilometres from the Siberian city of Irkutsk and 100 kilometres from Lake Baikal, the world’s deepest lake.

Plans for creating the enrichment centre were discussed between Rosatom and the IAEA over a three-day period last week in Angarsk. The centre is expected to begin work as soon as the end of 2007, Deputy Rosatom Director Nikolai Spassky told reporters.

The seminar concluded with the appearance of activists from the Atomic Movement organization who managed on the last day just prior to the wrap-up press conference to slip into the auditorium and unfurl a banner inscribed with “Angarsk is not a nuclear dump” before the assembled television cameras. Activists also chanted: “Keep waste in your offices,” and “Baikal is not a nuclear waste dump.” Answering reporter’s questions and distributing leaflets, they left the premises unhindered. Despite the amount of media coverage assembled for the press conference, the protest went unmentioned in media reports.

Nonproliferation
“We support the principle of nonproliferation,” said Nikitin. “But we think the Russian government must be consistent. On the one hand, Russia is creating an international centre for uranium enrichment, and on the other is planning to construct and install floating nuclear power plants in South Africa and South East Asia.

The first floating nuclear power plant has still not been built, but Rosatom is already planning on renting such plants to countries including Namibia and Indonesia. Unlike reactors at land based nuclear plants, floating plants operate on highly enriched uranium, which without any special further refinements can be used in nuclear bombs.

The international centre in Angarsk will give access a large number of countries access to atomic technology which they have previously not possessed. Environmentalists consider this dangerous because there is a direct tie between nuclear power and atomic weapons – as so described by Academician Alexei Yablokov in a report published on Bellona’s Russian website.

What is the ICEU?
The first agreement about the creation of a network of international centres for the enrichment of uranium (ICEUs) was reached at last summer’s meeting of the G-8. On Putin’s initiative, it was decided that the first such centre would be built in Russia on the site of the AECC, which produces enriched uranium hexafluoride – which is put to further use for producing nuclear fuel.

In fact, the creation of the centre gives the AECC a whole new status.

“The construction of new capacity with the formation of the ICEU is not assumed,” said Novikov.

What kind of uranium is going to be enriched at the centre is unknown. Presently, Rosatom only has a single partner in Kazakhstan. In 1996 Russian and Kazakhstan created the joint uranium mining venture “Zarechnoe,” and it is assumed that uranium from there will be enriched in Angarsk.

Political decision with public participation?
Protests by environmentalists and local residents have already begun over the announcement of the construction of the Angarsk centre.

“We declare a decisive no to Rosatom’s plans to build the International Uranium Enrichment Centre in Angarsk, no to illegal imports from abroad of radioactive waste in the form of uranium tailings to the Angarsk Electrolysis Chemical Combine,” reads a resolution issued by the No to Chernobyl at Baikal assembly which took place in Irkutsk last December, drawing some 150 people. Eight thousand signatures have already been collected in support of the movement.

But Novikov called the protestors “a gathering of about 10 to 15 people,” adding: “We never refuse contact, it is just that those who protest have still not come to us.”

Nevertheless, during the last day of the seminar, Rosatom held a meeting with the public and invited, Baikal Ecological Wave head Rikhailova, and Vladimir Kuznetsov of Green cross to attend. The environmentalists said at the meeting that the process of organising the international centre was at the beginning stages – the political decision has been taken and announced in order to attract business partners.

“Rosatom representatives promised that if the local population and administration were against it, it would not be built,” said Rikhailova. Rosatom head Kirienko made a similar promise in 2006 when he said no more nuclear power plants would be built. Now, some 40 new reactors are planned for Russia over the next several years.

Spassky promised that as soon as the engineering schematics of the new centre were available, Rosatom would conduct a state environmental expert impact study and even promised public hearings, even though these are not required by law.

Uranium tailings
Some 130 to 290 tons of depleted uranium hexafluoride have been arriving since 1996 at the AECC under a contract with the British-Dutch-German consortium Urenco, and from France’s EurodifSA, according to Vladimir Slivyak, chairman of the environmental group Ecodefence!

Environmentalists say that the enrichment of uranium is the result of secret imports of radioactive waste into Russia. After Russia enriches uranium, only 10 percent of radioactive materials that are sent to Russia are returned to European customers – leaving 90 percent behind for free storage.

According to recent research of the uranium industry by Peter Dilemm for the group Ecodefence! the tailings delivered to Russia by Unrenco are no longer reprocessed for further use by any Russian enterprise, meaning that Europe sends depleted uranium hexafluoride to Russia for internment.

Some 500 tons of uranium hexafluoride waste are now housed at the AECC. The waste is spread out over warehouses and in open storage, presenting significant dangers.

“Opening containers of uranium hexafluoride lead to a deadly result within a 32 kilometre radius,” said Slivyak. Should one of these waste containers be opened in windy weather, a radioactive cloud could reach Irkutsk within as little as an hour and a half.

Environmentalists fear that with the creation of the International Uranium Enrichment Centre will come an increase in the number of contracts to enrich urainium tailings. “It is evident that the construction of International Centre in Angarsk is to make money by storing radioactive waste from other countries at an increasing scale,” said the resolution penned by the No to Chernobyl at Baikal assembly.

Rosatom denied the possibility of new contracts for reprocessing uranium tailings within the framework of the ISEU system.

“It’s unlikely any country would want to enrich uranium tailings. The International Centre is being created for new countries that wish to develop nuclear energy,” Rosatom’s Novikov told Bellona Web. “It is impossible that they would have depleted uranium hexafluoride.”

Over all, according to some sources, Rosatom says uranium tailing enrichment is inexpedient and that it does not intend to renew contracts with its current partners in this kind of work after 2008.

Charles Digges contributed to this report from Oslo.